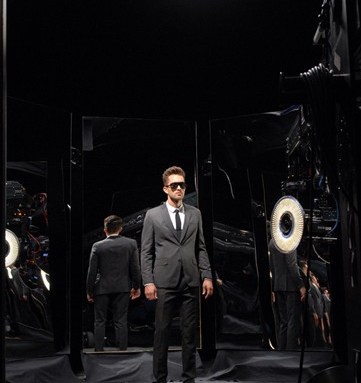 Macy’s Inc. might not be able to sustain the growth in profitability it enjoyed during the second quarter, but its gains in market share could prove to be a competitive edge that keeps on giving.

Brandishing its success with a growing roster of exclusive offerings and localization initiatives, Macy’s racked up second-quarter earnings that handily beat estimates and lifted its guidance for the year. For the second half, Macy’s expects same-store sales to rise 3 percent to 3.5 percent, leading to a gain of 4 percent to 4.2 percent for the year, and implying continued advances in its share of market.

“While we do recognize there is risk in the economic environment, we believe the sales level is achievable based on recent performance and market share gains, as well as our strategies for the fall season,” said Karen Hoguet, chief financial officer, on a conference call with analysts.

Macy’s has tried to overcome the consumer’s recession mind-set by taking a lead role in the rush toward exclusive offerings, including Tommy Hilfiger and Ellen Tracy. This month Madonna and her daughter, Lourdes, added their Material Girl collection to the mix, and Sean John men’s sportswear will launch for spring.

Kenneth Stumphauzer, analyst at Sterne Agee, said the company was taking business from an array of competitors. “The guys you can really point to are J.C. Penney, Bon-Ton and Dillard’s in the department stores and just kind of broadly in the specialty stores,” he said, noting the retrieval of business from the specialty sector “arrests a multidecade trend.”

But Stumphauzer said it could be tough for Macy’s to sustain growth. About 40 percent of the company’s profits this year are expected to come from cost savings related to various organizational changes and that “input cost pressures are going to be enormous in 2011,” he pointed out.

In addition to higher costs, Macy’s will confront tougher comparisons and fewer opportunities to streamline operations in the future. But Terry Lundgren, the firm’s chairman, president and chief executive officer, told WWD that in the just-concluded three months “everything worked” and the result was “one of the best second quarters we have had in a long time.”

Aided by the projected sales increases, the company, which includes about 850 Macy’s and Bloomingdale’s doors, boosted profit guidance to $1.85 to $1.90 a diluted share for the year, up from the $1.75 to $1.80 previously projected. Wall Street analysts already had Macy’s penciled in for $1.87.

Investors ate it up, boosting the stock 5.9 percent to $20.52 on a day when retail stocks traded down more than 2 percent. Only two of the 172 publicly held firms tracked by WWD saw their shares increase.

Macy’s mettle is likely to be tested in the quarters ahead, when everything from the price of cotton to factory labor to freight is expected to drive up costs.

Following a Fashion’s Night Out press conference with New York Mayor Michael Bloomberg and others at City Hall, Lundgren said, “The sell-throughs at regular price were very good. Our expense leverage was excellent. Everything just worked extremely well for us.”

On a more cautious macroeconomic note, however, he added, “It doesn’t suggest that the economy has improved dramatically.”

Meanwhile, Macy’s is investing heavily in online marketing for its men’s INC brand. The fall campaign, which will begin running around Labor Day and continue through October, revolves around a 30-second video that will run on macys.com as well as other media sites including New York Magazine’s Web site and Thrillist.

The video features a male model whose outfit changes as he walks past a series of mirrors. The model was shot in an octagon of green screen panels in different outfits with a video camera and 11 still cameras. The background music is reminiscent of what would play in a nightclub, a nod to the brand’s target customer.

“The INC man is in his late 20s-early 30s and is very fashion aware,” said Jennifer Kasper, vice president of marketing for the Macy’s Merchandising Group. “He also enjoys going out to a club, so the video is designed to speak to the ‘confluence of fashion and nightlife.’”

Kasper said Macy’s has “transferred the lion’s share of our investment for the INC men’s brand online” after researching the amount of time the customer spent on the Internet versus leafing through magazines. The retailer first used a video for the brand in the spring season and had good success, which Kasper said was measured by click-through rates and impressions.