Made in USA on Recovery Road

Driven by rising wages in China and raw material price inflation there is a rebound in interest in domestic manufacturing that hasn’t been seen in a generation. 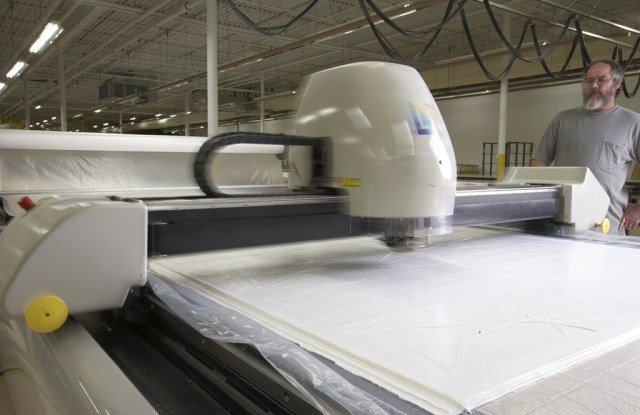 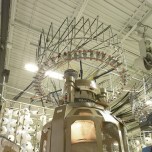 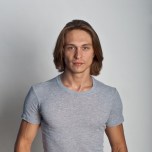 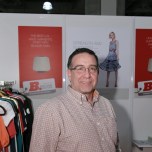 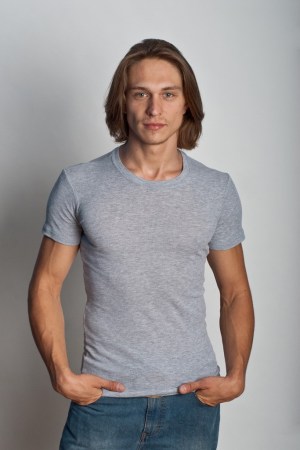 RibbedTee’s top, made in Los Angeles. 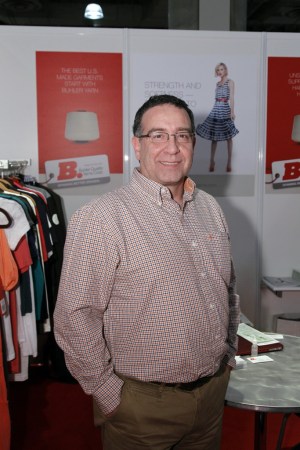 Gucci Vs. Everybody: The Changemakers Collaboration Launches

Made in the USA is hot again.

Driven by rising wages in China and raw material price inflation — not to mention a presidential election year — there is a rebound in interest in domestic manufacturing that hasn’t been seen in a generation. It’s touching almost every industry, from cars to refrigerators to even apparel and textiles, where finding the lowest-cost producer has been a core part of the industry’s strategy for more than four decades.

So far, the anecdotal evidence in textiles and apparel outweighs statistical corroboration, but a slow awakening of a domestic industry once left for dead is under way. Interest in expanding or establishing more production in the U.S. has been growing for the past year or two in the wake of the Great Recession, as companies and consumers changed their buying habits, seeking to buy closer to the season and desiring higher quality.

At the same time, brands and retailers are looking to lower their risks, and a desire for Made in America goods as symbols of patriotism and job creation has crept back into the public and corporate mind-set. President Obama made proposals to spur job creation in his State of the Union address. On the other side of the political spectrum, GOP hopeful, former Pennsylvania Sen. Rick Santorum, has suggested ways to inspire U.S. firms to bring jobs back from overseas while his rival, former Massachusetts Gov. Mitt Romney, said he would punish China for unfair commercial competition.

Even Super Bowl ads got into the act on Sunday, with Clint Eastwood proclaiming in a TV ad for Chrysler and Jeep that it was “halftime, America, and our second half’s about to begin” and the country would come back even stronger. General Electric ran a commercial proclaiming that it was bringing refrigerator manufacturing back to the U.S. via a plant in Kentucky.

A White House report released last month, “Investing in America: Building an Economy That Lasts,” in which analysts examined the viability of the U.S. as a location for manufacturing, said, “The U.S. will become an increasingly attractive option, especially for products consumed in North America,” as the “total cost of doing business, after taking into account the productivity of U.S. workers, as well as transportation, supply chain risks and other costs, are now making production in a range of industries as economical in the U.S. as in other parts of the world, including China.”

As for textiles and apparel, while statistics neither lie nor tell a whole story, they do offer concrete perspective. An August report from the U.S. International Trade Commission showed that the country is the world’s largest importer of textiles and apparel, accounting for about 25 percent of global imports by value in 2010, the most recent data available. The U.S. recession between 2007 and 2009 exacerbated the contraction in the U.S. textile and apparel sector that has been under way since the late Eighties, the report said. Output of textiles and apparel fell 35.3 percent from 2007 to 2009 to $62.7 billion before rebounding modestly by 5.9 percent to $66.4 billion in 2010. Output of apparel fell 47.9 percent, with a 1.3 percent recovery in 2010. Employment in the textiles and apparel sector also declined dramatically, falling 27 percent between 2007 and 2010 for a loss of 146,500 jobs.

This is where the statistics start to jive with the talk of executives in the industry that the desire for faster-turn production and more control of the supply chain balances higher labor costs and overhead expenses for certain better brands enough to make U.S. manufacturing a viable option again, even if it never will return to its heyday of a generation earlier.

Brian Meck, vice president of sales and marketing at knit apparel manufacturer Fessler USA, based in Orwigsburg, Pa., said, “It comes down to speed of production, speed-to-market. From the time we can take a creative concept and put product on the shelf is three months. When you compare that to doing business internationally, it gives us a very strong competitive advantage. Then the ability to react to what’s selling on the sales floor. We can work with our customers to continuously present new colors and new styles. We can replenish that quickly and have a large amount of product on the store shelves within four to six weeks, and that’s not something that can be done if you’re not doing business here because of the lead times. The time it takes just in shipping alone from overseas would prohibit it.”

Meck, whose company works with startup brands and about 75 small to medium-size brands, said many times some of its larger accounts will introduce styles with Fessler, import large quantities, and then fill in at the end of the season with his firm.

“The driver of our business is our design support business,” he said. “We have a staff of agreement enablers — patternmakers, cutters, sample makers. We make 500 samples a month and put 500 styles in production a year. We have a patternmaking and sample-making business as well, for which we don’t get any of that production.”

As for cost, Meck said, “It’s almost never less expensive to make a garment with us then it is to make it overseas. We’ve had meetings that don’t last more than one minute when we sat down and the buyer said we make this in China and we want to see how we can make it here cheaper. And I said, ‘If that’s your only objective, we don’t need to have this conversation.’”

Meck said he’s had several serious inquiries in the last two months from larger retail chains to see if they gave Fessler a certain amount of business, how many jobs would it create. He felt this was indicative not just of a interest in doing more U.S. manufacturing, but of helping the economy.

Mikel Schwarz, ceo of RibbedTee, an online men’s undershirt and tank top line founded in May 2008, said his entire supply chain is in Los Angeles.

“When I first started the business, I did explore manufacturing overseas,” Schwarz said. “I started looking at doing this in China. Then I went through three parallel manufacturing processes to see what the different paths were — one in China and two in Los Angles. What I found was it didn’t make practical sense to manufacture in China.”

He said there are so many advantages to manufacturing, that if the one drawback is cost, then it’s possible to make goods in the U.S.

“If you’re not trying to compete on price, then cost can be a secondary issue,” Schwarz added. “You still have to address it in your marketing and promotion to instill the value of your product to get that slightly higher price.”

Schwarz, whose line sells for $9.50 to $29.50, based on materials that run from U.S.-grown combed cotton to a cotton and polyester blend to a top-line MicroModal and Supima cotton blend, said transportation costs are also kept low when manufacturing locally, while quality control and shipping time are enhanced.

“For me to develop a prototype in China, it would take about three months compared to about three weeks here,” he added.

Kelly Wilson, sales representative for converter Laguna Fabrics, said the company knits and dyes everything in Los Angeles, and the benefits of being local, from strong customer service to custom design and quick response, can outweigh any negatives.

Laguna stocks yarns and gray goods and has been known to turn an order around in as little as 10 days. One customer recently was making goods for Costco, and Laguna was able to produce about 30,000 yards in a few weeks.

“It was a miracle and it was great,” Wilson said.

“Anyone that buys our eco garments are very focused on Made in America,” Wilson added.

Sasso said manufacturing in the U.S. offers the customer “a sense of transparency, that they know where the fiber comes from.”

“The whole line is exposed when you manufacture in the U.S.,” he said. “It’s an advantage to be in the same time zone and to speak the same language. Relationships matter.

“For spinners to survive in the U.S., there has to be a certain size to benefit from the economies of scale,” Sasso added. “Obviously, it’s more expensive to produce in the U.S. We have a different pay system, a different trade system, reward system, than many of these other countries. I don’t see why a country like Vietnam needs a competitive advantage. What goes on in Washington effects U.S. manufacturers. No U.S. spinner is investing or expanding because one sign of a pen makes that investment obsolete. We’ve got to get our politics right before we can move forward.”