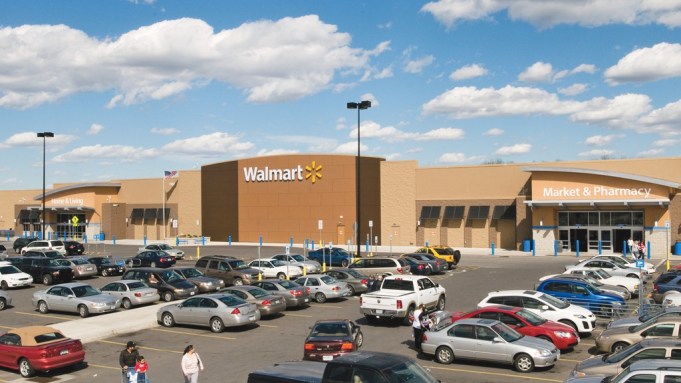 Call it the outlook blues.

The revisions show that retailers on the front lines have grown more bearish on the consumer in the second half, even as they try to talk up the early read on the back-to-school season.

And although Wal-Mart was more cautious overall, the company talked about apparel with enthusiasm for the first time in years, which could reflect both the discounter’s efforts to up its game and a consumer who’s trading down.

Recent macroeconomic signals, such as July retail sales increases and lower weekly jobless claims, have offered encouragement that the consumer is strengthening, so a new outlook reverberated strongly in the stock market. Investors are anxious and keeping a close watch for anything that could bring stocks down from their near-record highs.

Wal-Mart’s stock, a Dow component, decreased 2.6 percent to $74.41, and Nordstrom, which cut its forecast in a late-afternoon report, fell 2.9 percent to $57.80 in after-market trading. Shares of Kohl’s, which trimmed the upper end of its profit forecast but also showed some bounce in its comparable-store sales, rose 5.3 percent to $53.51.

“Disposable income of [the] lower/middle tier consumer continues to be constrained by a 2 percent increase in payroll taxes, along with [the] recent increase in gas prices, a trend that seems unlikely to change in the near term,” said David Strasser, a Janney Capital Markets analyst who followers Wal-Mart. “These trends indicate a bigger disappointment at several discretionary retailers.”

Retailers are also working their way through a host of bedrock shifts in the marketplace, from a lack of mall development to the growing importance of e-commerce, which offers an opportunity, but also an expense.

A more complete read of the retail landscape will come next week when J.C. Penney Co. Inc., Saks Inc., The TJX Cos. Inc., Target Corp., Sears Holdings Corp., Ann Inc. and others weigh in with quarterly results.

Here, the second-quarter picture so far.

Wal-Mart, while cutting back its outlook overall, is feeling relatively good about apparel and has a plan to focus attention on the category.

“We raised quality of the offerings, improved fabrics and fit and introduced new brands,” Simon said. “Children’s shoes and intimate apparel are experiencing growth. We expect progress in apparel over the second half of the year as we improve quality and selection.”

U.S. comp-store sales in the quarter declined 0.3 percent. On the brighter side, there were double-digit sales increases at walmart.com, and a 30 percent rise in global e-commerce sales.

Wal-Mart Stores chairman Mike Duke said in a recorded call that customers continue to be cautious about spending. Duke said the company’s year-to-date sales are below expectations. “As a company, we didn’t leverage expenses,” he said.

Wal-Mart said expenses related to investigations of alleged violations of the Foreign Corrupt Practices Act in the international division have been higher than expected. The costs were $73 million in the first quarter, versus the $40 million to $45 million projected. Expenses in the second quarter could be $65 million to $70 million. Implementing a compliance program has cost $155 million so far, and spending in the second and third quarters is expected to be $75 million to $80 million.

Wal-Mart is rolling out Neighborhood Markets “aggressively with more openings in the second quarter than any other quarter in history,” Simon said. Express has had strong double-digit sales growth. Wal-Mart opened 29 Supercenters and 35 small-format units for 7.7 million square feet of growth. Ninety units will open in the third quarter.

Nordstrom’s second-quarter profits jumped 17.9 percent with a boost from its Anniversary Sale, but overall revenues were disappointing and the high-end retailer cut the earnings outlook for the year.

“Our sales trends in the second quarter and throughout the first half of the year weren’t as strong as we expected,” said Blake Nordstrom, president.

He noted that the women’s apparel business was showing some encouraging momentum. “It was a notable achievement that women’s apparel led all merchandise divisions in our Anniversary Sale performance,” he said.

Nordstrom also said Topshop’s offerings were doing well and that the concept would be expanded to 42 stores, from the current 28, by yearend.

Net profits increased to $184 million, or 93 cents a diluted share, from $156 million, or 75 cents, a year earlier. Results came in 5 cents ahead of analyst projections as the firm combated weaker sales with expense and inventory cuts.

The Anniversary Sale, which was held in the third quarter last year, added 6 cents to EPS.

Revenues for the quarter ended Aug. 3 rose 6.3 percent to $3.2 billion from $3 billion. Comparable sales increased 4.4 percent, with roughly 250 basis points of that gain coming from the Anniversary Sale. Comps at the full-line stores slipped 0.7 percent and direct sales rose 37 percent, showing the increasing importance of the Web.

The company, like other department stores, continues to search for growth away from its traditional setting.

Michael Koppel, executive vice president and chief financial officer, noted, “While full-line stores will continue to be the foundation of our business, representing the core of our brand, we believe that over the next five years roughly half of our sales could come from the combination of Rack, online and Canada.”

Kohl’s Corp. is looking to get its groove back by refocusing on national brands — after years of emphasizing exclusives — and by upping its beauty game, testing different formats for cosmetics at 150 stores for fall.

Both moves signal changes at the 1,155-door retailer, which showed some pep in its second-quarter comparable sales, but also had to trim back its earnings outlook for the full year.

“One of the things that we’ve done over the last couple of years as we’ve developed new exclusive brands is put too much attention on them, and we haven’t been well balanced,” said Kevin Mansell, chairman, president and ceo, on a conference call with analysts.

Kohl’s private and exclusive brands accounted for 56 percent of the company’s second-quarter sales, which overall inched up 2 percent to $4.29 billion as comparable-store sales rose 0.9 percent.

The attention on national brands could come in many forms, Mansell said, pointing to advertising exposure, floor space, better fixtures and additional inventory.

For the full year, Kohl’s is looking for earnings of $4.14 to $4.35 a share, shaving 10 cents off the upper end of the previously forecast range.

The company sees real potential in cosmetics, which is being expanded after several quarters of quiet tests.

“We’re significantly underserving our customer in this multibillion-dollar market,” Mansell said. “We’re continuing to test both size of the area and location of the area within the store in over 150 stores this fall, including our remodels. We expect to continue our tests and incorporate the changes in more stores in 2014 based on those results.”

Wesley McDonald, chief financial officer and senior executive vice president, told analysts on the call, “The key to all this is really getting the extra trip. Beauty in and of itself isn’t going to excite you guys. As a strategy, we certainly expect the beauty sales per square foot to grow significantly, but getting the customer to come to us for beauty versus somewhere else, that’s really going to be the big win.”