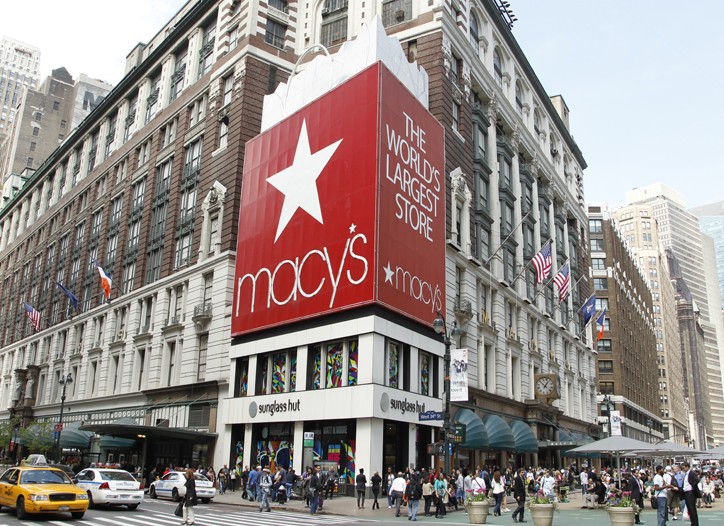 For consumers, 2011 has become a battle between the gas pump and the paycheck, leaving retailers’ sales and profit margins shrouded in uncertainty.

While March comparable-store sales may have outpaced analysts’ estimates, retailers still find themselves in a precarious position as spring selling gets underway and fall orders are placed.

The hope is that job growth will continue to be strong enough to fuel consumer spending, but that bullish sentiment assumes the turmoil in the Middle East, the debt troubles in Europe and the nuclear fallout in Japan don’t worsen and somehow upset the economic recovery.

“Rising gas prices and food prices are really hammering the bottom, probably 80 percent of wage earners,” said Charles McMillion, chief economist at MBG Information Services. “[Consumers] have to buy gas to get to work and they have to buy food, so that means other things get put off,” he said.

Political unrest in Libya and the Middle East pushed the price of a gallon of regular gas to $3.68 last week, up from $3.13 two months earlier and $2.83 a year ago, according to the Energy Information Administration. And in California, gas has topped $4 a gallon, a psychological threshold that, if sustained, could spark a broader consumer reaction. Upscale stores, which excelled in March, would feel far less of an effect.

Higher gas prices and supply chain problems linked to the March 11 earthquake in Japan caused IHS Global Insight to cut its 2011 forecast for U.S. gross domestic product growth to 2.8 percent from 3.2 percent this week. Rising above the $110 mark, crude oil for May delivery rose $1.47, or 1.4 percent, to $110.38 a barrel in New York trading Thursday.

Nigel Gault, chief U.S. economist at the forecasting firm, said rising gas and food prices would boost consumer prices by 2.8 percent this year, compared with 1.6 percent in 2010. That price jump wipes out the benefit of the $110 billion payroll tax cut put into place earlier this year.

But Gault noted the improvements on the job front — the unemployment rate fell to 8.8 percent from 9.8 percent in four months — could outweigh the rising prices and lead to better consumer spending.

“We’re expecting that consumer spending, despite the problem with gas prices, will do consistently better over the rest of the year,” he said.

Although March same-store sales were better than anticipated, they left plenty of room for improvement later in the year. Retailers posted a 1.7 percent comp increase, surpassing analysts’ estimates of a 0.7 percent decline, according to Thomson Reuters.

The surprisingly strong results helped lift retail stocks on a day when most investors endured declines. The S&P Retail Index rose 2.14 points, or 0.4 percent, to 528.22 Thursday as the Dow Jones Industrial Average shed 0.1 percent to 12,409.49. The Buckle Inc.’s shares rose 9.9 percent, to $44.55, after the teen specialty chain, expected to report a small comp decline for March, checked in with an 8.4 percent gain.

“Overall, the results are positive. They are better than expected but what was expected was a little low,” said A.T. Kearney retail consultant and partner Hana Ben-Shabat, who explained that despite the sense of economic stability, “what we don’t know is how long it’s going to last.”

With Easter occurring 20 days later this year than last, it’s better to look at March and April results together, said Ben-Shabat, who explained that the effects of inflationary pressures would begin to unfold next month, which could potentially impact consumer confidence.

“If it costs $50 to fill up your car, it can affect your perceived budget,” said Barbara Kahn, director of the Jay H. Baker Retailing Center at the Wharton School of the University of Pennsylvania. “These psychological effects are very vivid.”

The problem becomes more daunting because retailers won’t be able to fall back on their mainstay promotional strategy to attract consumers, on account of higher costs, she said. Instead, retailers will have to get creative.

Gap Inc., which weathered a 10 percent comp decline across all brands, sits on the other side of the spectrum, she said, adding: “I think Gap has lost their way. It’s hard to picture what the brand means. They lost their pizzazz.”

One way to regain that spark is through social media and e-commerce initiatives, according to Madison Riley, managing director of consulting firm Kurt Salmon. With the possibility of stubbornly high gas prices sticking this summer, consumers will look more to the online channel.

“I continue to feel very positive about e-commerce whether you’re a pure-play or a multichannel player,” he said. “It’s becoming a huge part of retailers’ profitability.”

Costco Wholesale Corp. and B.J.’s Wholesale Club Inc. are poised to gain, but so too are dollar stores and department store chains, said Citi’s broadlines analyst Deb Weinswig, who noted a “lack of innovation” at specialty stores and among select mass merchants.

“Wal-Mart and Target need to get with the program,” she said. “Department stores have hit the nail on the head.”

Strong customer service, innovative marketing and original, differentiated product are the keys to success, and department stores, a sector that recently has shown signs of increased differentiation, understand that, according to Weinswig.

More moderate department stores like J.C. Penney Co. Inc. and Macy’s Inc., which reported a 0.3 percent decline in comps and a 0.9 percent increase, respectively, were grappling to stand out last year. Now, they are analyzing regional markets and infusing them with new fashions, exclusive brands and private label collections.

“In my companies, you’ve got all the vendors doing the work for you,” Weinswig said, explaining that department stores benefit from the variety they offer to consumers.

Despite upcoming bumps in the road, including “extremely tight inventories” in the back half of the year, Weinswig believes 2011 will deliver a 4 percent to 5 percent rise in sales over 2010.

“I don’t have my head in the sand,” she said of the obstacles to growth facing stores later this year. “Let’s just say I’m on heightened alert.”