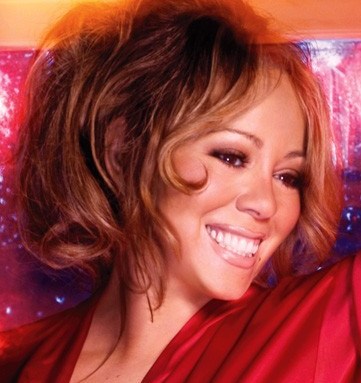 Mariah Carey is having more than a baby — she’s also unveiling a lifestyle line.

After weeks of speculation, Carey confirmed on Thursday that she and her husband, Nick Cannon, are expecting their first child. But before her spring due date, Carey will hatch her first lifestyle collection featuring jewelry, footwear and fragrance on HSN on Nov. 29.

The move makes Carey the newest addition to the celebrity designer circuit, but unlike many of her contemporaries, she isn’t taking the traditional retail route. Instead, she’s going straight to the consumer, and is sticking to a genre she is comfortable with — TV, as well as the Internet.

In an exclusive interview, Carey said she is always eager to push her creativity into new directions, and after meeting HSN Inc. chief executive officer Mindy Grossman, she jumped at the opportunity to develop her own collection of shoes and baubles, and enhance her fragrance offering.

Carey said she developed a more significant interest in jewelry through her friend Joan Boyce, one of the designers in HSN’s lineup.

“I never even used to wear jewelry,” the singer said. “I used to wear baby earrings, tiny things. When I started to get into jewelry a little more, Joan was working with HSN, and that’s how I met Mindy Grossman.”

Two weeks later, Grossman flew to Los Angeles to meet with Carey, and the two hit it off immediately, spending hours at the singer’s house and, more specifically, in her shoe closet. By the end of the day, the duo concluded that the time was ripe for Carey to extend her profile into a lifestyle brand.

“She is personable, funny and smart and obviously creative and talented, and we just talked about what she is passionate about — shoes, jewelry, fragrance and her music,” Grossman said. “I said, ‘Why can’t we do it all?’ She is magnetic, and I think this has the opportunity not just to appeal to our existing customer base, but also a lot of new customers.”

Carey is arguably the biggest star on HSN’s roster, with a global reach and recognition like few of her contemporaries on the network, which include notables like Iman, Twiggy, Wolfgang Puck, Randolph Duke, Rebecca Moses and Loulou de la Falaise.

Since launching her career in 1990, Carey has become the world’s most successful female recording artist, selling more than 200 million albums; she has tried her hand at acting, and while her star turn in “Glitter” was widely panned, she more recently drew critical acclaim for her role as a social worker in “Precious.”

In 2007, she launched her first fragrance with Elizabeth Arden, and the process inspired her to think about extending her creative reach.

“From the inception of working with Elizabeth Arden, I wanted the fragrances to represent what I really like,” she said. “It really opened my eyes and opened the doors for me in terms of starting to think about going into other creative ventures.”

The lifestyle collection is Mariah, all the way, with sparkling, pavé-set “initial” pendants, butterfly earrings, fur-trimmed suede boots and quilted nylon boots wrapped in chains. The shoes will be priced from about $69.90 to $199.90, while the jewelry will be available from $39.99 to $199.95. Carey will also offer a new version of her Luscious Pink fragrance, and 25 $275 bottles of her Luscious Pink Deluxe Edition fragrance will feature a Swarovski Elements-encrusted butterfly with a personal note from the singer.

Carey admitted she likes to channel surf and often finds herself stopping on HSN, particularly when her friend Boyce is on. “It’s a classic, you have to keep it on,” she said. “I do a very good impression of her.”

The practice will come in handy on Nov. 29, though Carey said she had no preshow jitters despite this being her first time selling on TV. “I think it’s just about being yourself, explaining the different products and enjoying yourself,” said Carey. “If I take it so seriously, and say, ‘Oh my god, It’s a Shakespearean moment,’ it’s not going to be fun. I am looking at it as something fun. This is an extracurricular activity for me and I am looking forward to it. It’s another creative outlet for me.”

She talks about her shoe and jewelry designs like a pro — with the added experience of having worn hundreds of designer shoes in her two-decade career. Her shoe closet is filled with styles from Manolo Blahnik to Jimmy Choo, and she particularly loves Yves Saint Laurent heels. She said people compliment her on her shoe closet all the time.

“They say, ‘I love your shoe closet. I saw it in Architectural Digest, on ‘Cribs.’ I saw it on Oprah or Barbara Walters,” she said.

The songstress prefers platform heels over flats. “Most people are comfortable in flats, and I always say my foot is naturally made to be in high heels.

“When I don’t have a platform, we could have a traumatic moment, like a semi-spill on stage, which nobody wants,” Carey added. “A platform shoe grounds you a little more. I try to make my designs more practical as well as pretty. One of the things I thought about was how I could do affordable, really nice, comfortable shoes that are still flattering to the leg.”

Carey is also developing a signature for her jewelry, and the butterfly, her favorite motif, plays a prominent feature. Among her favorites is the platinum and pink diamond engagement ring Cannon designed for her and a butterfly ring Van Cleef & Arpels gave her a decade ago.

She also has a penchant for vintage jewelry. “It always seems that if you have an amazing vintage Cartier bracelet or a signed Tiffany piece, you can’t go wrong,” she said. “You just can’t do the same type of filigree work anymore. A lot of that inspired my own pieces. They have a modern twist, but that’s my natural inclination.”

Carey said she could see the line expand into new areas for her second HSN moment next year. She didn’t rule out doing an apparel line in the future. “I am definitely looking forward to a long relationship with HSN,” she said.

She was hard-pressed to narrow down her list of her favorite designers, though a few names made the cut. “I love Karl Lagerfeld as a person and as a designer, and I have some vintage Chanel suits that are gorgeous,” she said. “I am not a big bag person, but if I do carry one, you know that I love it. I have a lot of Chanel bags, including one that I saved from years ago. It is wooden and looks a little bit like a lunch box. I also have a lot of Judith Leiber.”

Among her favorite dresses, she cited the Nile Cmylo gown she wore at her 2008 wedding; the Dolce & Gabbana number she sported in her video for “Honey,” and a red gown she wore to the 2006 MTV Movie Awards.

Like most celebrities, Carey has had her share of “fashion don’t” moments, which she won’t point to right now. “If I highlight those moments, you will feature them, darling,” she said.

That said, Carey isn’t fearful of the fashion police. Far from it, she said. “You get photographed everywhere,” she said. “You look at it one day, and it’s gone the next, or they can dwell on it for a week. Within a couple of days, there is somebody else doing something in the world that is a little more interesting than a bad outfit.”

Grossman declined to give projections for the line, but said “it is projected to be very significant or we wouldn’t have done it on such an important day as Cyber Monday.”

HSN will support the launch in multiple ways. The network will sell Carey’s new CD, “Merry Christmas II You,” which is being released by Island Def Jam Music Group on Tuesday, and is also playing her first single from it, “Oh Santa,” in its holiday promo.

Carey is particularly proud of her new work. “I was really inspired by Nat King Cole and Bing Crosby, and all the classic Christmas music that was just timeless,” she said of the project. “I wanted it to be festive-meets-timeless. It’s everything from a more soulful moment to a duet I did with my mother, who is an opera singer. It was very interesting and different, and for me that is a really nice jewel of the album.”

As for her budding fashion career, Carey already comes with an accessory that is quite common in fashion circles — the diva moniker. “One of the things people need to do is look up the actual definition of diva,” she said. “The first thing is a talented female vocalist. That’s what I like it to be. The second is a difficult female. Whatever. Everybody is a diva these days, and most people are trying to get to that status, so, I am a diva if that makes people happy. I think, mainly, that I try to be a good person above that.”