Are Meghan Markle and Prince Harry Poised to Build A Billion-Dollar Brand? 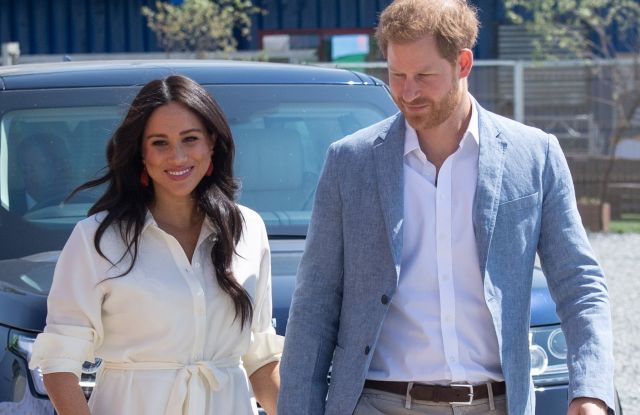 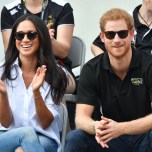 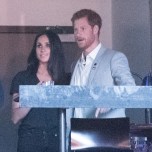 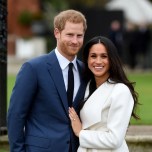 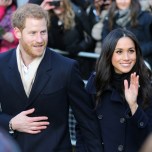 The Meghan Economy is back with a vengeance, and a Royal Sussex enterprise could potentially become a billion-dollar brand.

That was an estimate from a leading London branding specialist, who has watched the gilded effect Meghan Markle and other members of the royal family have had on various fashion brands and products they wear. Like much of the world, David Haigh, chief executive officer of Brand Finance, an independent brand evaluation consultancy firm, has been riveted in recent days by the unimaginable events of the House of Windsor. However this real-life global drama plays out, there will be in all likelihood unprecedented business ventures to be had as the royal disruptors seek their financial independence.

Acknowledging how Kylie Jenner sold her cosmetics business for $1 billion, Haigh said he would be very surprised if Harry and Meghan couldn’t replicate that, especially in America. “We’re so much smaller and pinched here. America is really a huge place — it’s half of the world’s economy, basically. If they are popular in America, they could easily become a billion-dollar phenomenon very fast,” he said.

Needless to say, there would be an awful lot of brands and retailers stepping forward to develop collections. “H&M does a whole series of signature lines from different designers. You can imagine them doing one,” Haigh posited.

Asked if H&M has had any talks with Markle about working with her in any way, a company spokeswoman said Friday, “We are huge fans of Meghan’s and are always flattered when she wears H&M.”

Markle has worn H&M in recent days, as well as the Inditex-owned Massimo Dutti on two occasions. The latter did not respond to requests for comment. Markle, meanwhile, has retreated to Canada to be with her eight-month-old son Archie and Harry remains in London hammering out their future plans with his family. Countless brands, potential business partners and curious onlookers are no doubt anticipating what‘s next for the royal exiters. For starters, Harry already committed to Apple and Oprah Winfrey to work on a documentary series about mental health for Apple TV+ that is reportedly being developed by RadicalMedia.

See Also: Harry and Meghan, From Grandmother’s Realm They Go

Making the point that other royals have succeeded in developing brands, Haigh noted Prince Charles’ two companies — Duchy Originals and Highgrove (which is named after his house in Gloucestershire) are global successes. Given the Duke and Duchess of Sussex’s 10.5 million Instagram followers and “huge popularity” it is easy to see them building a global brand, Haigh said. Just like Kate Middleton, Markle triggers immediate sellouts of merchandise, Haigh said. “When they wear things, they go. Meghan’s got quite a lot of style so you could imagine her coming up with a line of clothes. Someone was joking that it’s fairly obvious that she wears the trousers in that household. Maybe she will come up with a line of trousers.”

Reports that 100 trademarks were secured last year for a wide range of Sussex Royal apparel and other merchandise did not faze Haigh. “One of the reasons the royals trademark things is to stop other people from trading in on their name. A lot of it is defensive. They have very good lawyers that register them for everything to protect them,” he said, noting that the trademarks were secured only in the U.K. “I think when that was originally done, it was defensive. Precisely the same thing is being done by William and Kate. That in itself is not suspicious. Now that Meghan and Harry are going to go off and plow their own throughway, the probability is that they will extend those registrations to America and abroad to try to make them a global brand.”

Ownership of those trademarks switched to the Duke and Duchess of Sussex, and they reportedly plan to launch their foundation in April. They may have to block an application for a range of other products for the yet-to-be-released “Sussex Royal” brand, since an application was filed with EU authorities on Jan. 9, according to The Guardian.

Their golden touch on the British economy and brands they touched was evident in April 2018 — more than a month before their wedding. As it turned out, the economic forecast that Haigh and his team predicted proved true. Prince Harry and Meghan Markle’s wedding was a billion-pound boost to the British economy that helped to reel in an additional three million tourists to the U.K. Haigh said. They generated 300 million pounds worth of media coverage globally. By Haigh’s pre-wedding estimates, Markle more than exceeded the net present value to brands that she endorses of more than $200 million. “It’s noticeable that every time she dotes a particular clothing brand or wears anything, they instantly crash the web sites and sell out. All the things that we were talking about then do still seem to be true,” Haigh said referring to an interview with WWD in April 2018.

Unquestionably, Markle’s fame has skyrocketed and her numerous fashion connections have sparkled accordingly. With the Duke and Duchess of Sussex “stepping back” from their senior responsibilities, Markle could easily establish herself as a fashion force in her own right. Having guest edited British Vogue and collaborated with her designer friend Misha Nonoo to create a capsule collection of workwear to benefit the charity Smart Works, Markle has amped up her fashion know-how. While Markle has subsequently fallen out with the British media, that capsule collection is a perfect example of how “she is into fashion already and you could see how a lot of designers would want to have her endorsing, promoting or co-designing their products. She could be the face or the body of you name it,” he said.

From Haigh’s perspective, it would be in all royal parties’ best interests to resolve the Sussexes’ exit strategy amicably. “They could be good ambassadors for Britain, but also they would be free to do their philanthropic and charitable things, and also make enough money to be self-sufficient. So fingers crossed it will work out the right way. Unfortunately, because it’s not really been handled that well, it’s not going that well so far. Maybe the Queen’s wisdom will intervene. She usually seems to be pretty good at pouring oil on troubled waters.”

Hypothesizing about what Price Harry and the Duchess of Sussex could earn, Haigh estimated they could pocket a couple hundred thousand dollars per speech on the speaking circuit. A major speech — of United Nations caliber — could amount to $500,000, since “big global leaders tend to command a lot. They are actually a very compelling couple and they’ve got a lot of interesting things to say. They would be well paid for that,” he said.

Should they decide to put pen to paper for a biography, they could earn “several million pounds.” A film project or expose would also leave them with $5 million or $10 million from the film industry, given that Markle’s fame has escalated, Haigh said. Although she never developed into “a full-blown A-lister, she was pretty good in that ‘Suits’ program. Whether Markle will be interested in taking advantage of her status as “a hot property for films” is another matter, Haigh said.

Uncomfortable with the constant scrutiny that comes with being a royal, Markle and Harry have alienated the media in the U.K., Haigh said. “They can only be the losers in my opinion. It doesn’t surprise me that they’ve decided to cut loose and get out of the limelight.”

What If the Sussexes Move to L.A.?