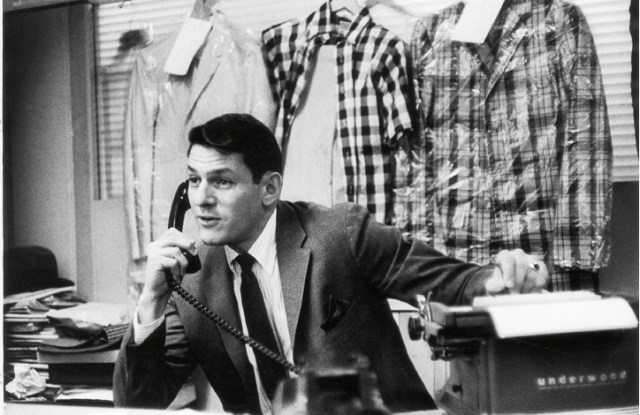 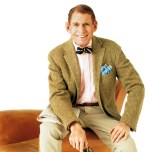 The men’s wear industry on Monday paid tribute to Stan Gellers, the longtime writer and columnist for the former DNR who, in the process of covering men’s apparel for more than five decades, became one of its institutions. Gellers died Saturday at age 84, following a diagnosis of lung cancer.

“Stan’s whole life was devoted to the men’s fashion industry,” said Ralph Lauren from his vacation home in Jamaica. “He loved it, particularly supporting all the struggling young designers. His voice and unique commitment will be greatly missed.”

Designers and executives, many whom knew Gellers from the start of their careers, remembered him as a tenacious, enthusiastic and, most of all, enduring reporter.

“Aside from considering him a close personal friend, he was an icon of the men’s wear industry. He had tremendous passion and will be greatly missed,” said Clifford Grodd, owner of Paul Stuart.

Added Joseph Abboud: “He was a pillar and our connection to the old guard. There was a golden era in men’s wear and he was in the middle of it.”

Born and raised in Washington Heights, N.Y., Gellers was educated at City College of New York. After a stint in the U.S. Army during World War II, he joined Fairchild Publications — also publisher of WWD — on March 12, 1956 as a reporter for Men’s Wear, the brother publication of DNR. He quickly made his mark as an observer of men’s fashion: his very first story was on the impending battle between the Ivy League look and the contoured Continental silhouette that was gaining popularity in Italy. He contributed to Men’s Wear until it ceased publication in 1983, and then joined the staff of DNR, where he remained until it was folded into WWD on Nov. 24, 2008.

“In all these years there was never a single instance of his being unaware of what was happening in our industry, who was doing it, and what the resulting ramifications might be,” said Richard Cohen, president and chief executive of Robert Talbott.

“He was an icon,” added Joe Blair, president of Individualized Apparel Group, who knew Gellers for more than 20 years. “It was always important that you get your ideas, story or product in front of Stan.”

During his 52-year career at Fairchild, Gellers both documented the shifting trends of fashion and outlasted them. When he joined the company as a 32-year-old reporter, men still wore sack suits to work and the concept of sportswear was gaining mass appeal. By the end of his career, the market had been revolutionized by the ascent of designer brands, lifestyle merchandising, the casualization of the workplace and the growth of vertical retail.

In between Gellers witnessed major movements in men’s wear: the modern dandy of the Peacock Revolution, the flashy glamour of the disco era, and the shoulder-padded power brokers of the Eighties.

What connected Gellers to those disparate styles was his energy and enthusiasm for trends, both in fashion and business. “Stan really bridged the worlds of the old and the new, between sportswear and tailored clothing,” said John Bartlett. “He really liked to reach out to younger voices. In fact, I’d say he was one of the ‘youngest’ people I knew in the industry.”

That youthful spirit was evident in Gellers’ love for his 1963 Thunderbird convertible, which he drove during weekends at his home in Amagansett on Long Island to check out the retail scene in the Hamptons, which often became fodder for his later columns.

“It was amazing to see somebody that age to be so updated on the fashion industry,” said Sam Ben-Avraham, founder and president of the Project trade shows, which Gellers walked diligently each season. “He was always looking for what’s new and always asking the right questions. He was also very honest, and he could tell the good stuff from the bad stuff and didn’t mind saying so. He was one of a kind.”

In his later years, Gellers’ gruff temper became the stuff of legend. He was known to bark if you didn’t answer his questions quickly enough, and at trade shows he was famous for refusing to shake hands. But as a hard-boiled newsman of the “just-the-facts” variety, Gellers came by his rough-edged honestly. His impatience stemmed from a desire to get to the matter at hand. For Gellers, the faster he could get to the truth, the faster he could write about it.

“I could be in the middle of a meeting but I always took his call,” said Paul Diamond, president of Jack Victor USA. “You would hear about it if you didn’t.”

But Gellers’ bluntness was tempered by a deep-seated desire to help people succeed, and he wasn’t shy about using his vast network of contacts. He brokered meetings between potential partners, helped people find new jobs, and as a survivor of bladder cancer connected sick friends with people who had experienced the disease. “I called him Dr. Gellers,” said Ronnie Wurtzburger, president of Peerless Clothing International and himself a cancer survivor. “He referred more than 50 people to me over the years.”

Added Marty Staff, president and ceo of JA Apparel: “He was the grease that kept the tailored clothing business moving. He was also the glue that held it together. There is no one in our industry who can or ever will fill his shoes.”

Gellers was also among the first to write about young designers like Thom Browne and Michael Bastian. “When I first started my line, Stan would come to the showroom with his steno pad and pencil and very methodically quiz me on each piece,” recalled Bastian. “But he always paid particular attention to the tailored things, turning them inside out, asking how much handwork went into them, whether they were full or semicanvas. When I questioned him if, in this day and age, he felt the customer appreciated or even cared about this type of thing any more, he stopped writing, put his pencil and pad down, looked me straight in the eye and said, ‘Listen, kid — I’m only gonna tell you this once — suits are like people — it’s the stuff you don’t see that’s most important.’ And of course he was right.”

Homi Patel, chief executive officer of Hartmarx Corp., remembered: “He had an eye for detail and could see well beyond what most of us could. What I admired most about Stanley was his enthusiasm. He was like a little boy when he saw something new that had potential.”

Gellers received many of his best tips over meals, and for years he rarely went a day without taking a business lunch with a source. “Stan liked his lunches, and I always looked forward to them because he was someone that was passionate and excited about men’s fashion,” said Robert Burke, the former senior vice president of fashion direction at Bergdorf Goodman and now president of consulting firm Robert Burke Associates, who often took Gellers to New York’s 8 1/2 for Chinese chicken salad. “He never thought men’s wear was staid. Throughout all of his years, he never became one bit jaded in an industry filled with people that become bored.”

Elyse Kroll, founder and ceo of ENK International, said: “Stan Gellers was men’s wear’s conscience. To ENK, he was Uncle Stan and we deeply mourn our loss.”

A memorial service for Gellers is planned for a later date.