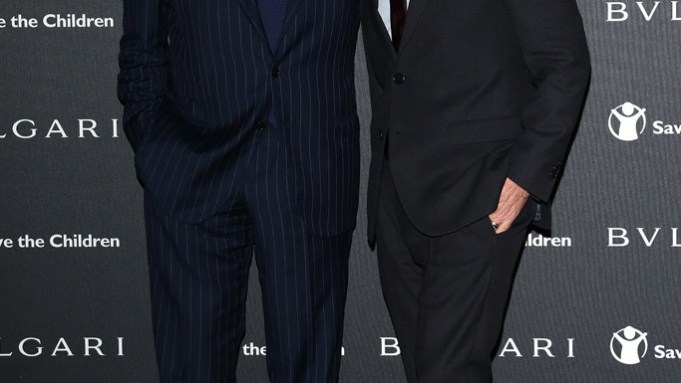 “Not for lack of strategy before, but I thought we could [be] faster. I come from an industry where the definition of speed is different,” said Burke, chief executive officer of the Italian jeweler, during an interview here last week, when the firm revealed that it was donating $20 million to Save the Children — the largest fund-raising donation in the history of the luxury goods sector.

While stressing the strength of Bulgari, Burke conceded that, when he became ceo in February, the firm had “suffered from being a single-brand, public company. Now, with the power of LVMH behind it, it’s forward-looking and risk-taking.”

The initiative was launched in 2009 under then-ceo Francesco Trapani to celebrate Bulgari’s 125th anniversary. Last year, LVMH Moët Hennessy Louis Vuitton took control of Bulgari in a cash-and-share swap valued at more than $6 billion and Trapani became head of LVMH’s jewelry and watches division. A group veteran, the affable and eloquent Burke previously headed Fendi, which was successfully turned around, transforming it from a family-owned firm into a profitable, professionally run business.

The impact of Burke on Bulgari was first seen in September, when the company returned to the Biennale des Antiquaires exhibition in Paris, where the brand presented 100 styles on bold white porcelain sculptures — a true novelty, noted Burke.

“So many designs at one time and displayed in that way. But Bulgari customers want to be surprised, not the same old. They want to be titillated and we have to excite their senses,” he explained, pointing to significant investments in creativity, stores and designs.

A second opportunity to observe the new Bulgari was offered at the unveiling on Thursday of the “Stop.Think.Give” exhibition of photos by Fabrizio Ferri, who has been actively supporting the partnership between the brand and Save the Children, taking portraits of more than 150 celebrities wearing a specially designed Bulgari ring and promoting the message to help provide quality education opportunities to transform children’s lives. The event was held at Rome’s historic Palazzo Pecci Blunt, and drew many of the celebrities whose images appear in the exhibit, including Adrien Brody and the newly nominated international ambassador of the partnership, Chinese actress Zhang Ziyi.

The striking and intense photos hanged against a black backdrop covering part of the walls of the palazzo, only partly exposing the original decorations. This contrast embodies the new Bulgari, according to Burke. “This is a great metaphor, gilding and frescoes of a 16th-century palazzo, the DNA which you can’t touch, as the brand is born with it. Yet, inside this context, there is a superposition, a minimalistic, black stratification, and the most recent past is not on top, it’s turned on its head,” he explained. “It’s a metaphor and Fabrizio sensed it, and this is what is appropriate — a 16th-century palace lively and kicking, with people and their passions. It’s relevant, not about old glory and family portraits. There’s youth and drama.”

Even with these early steps, the most comprehensive results of Burke’s influence on the brand are expected to hit the Baselworld watch and jewelry fair in April. Since his arrival, the executive has helped “accelerate” the development of the watch division, which was “not where it was supposed to be, it was way below potential.”

He praised Bulgari for starting to integrate “the four basic trades of watchmaking” more than 10 years ago, buying top suppliers such as Gerald Genta and Daniel Roth, and the labels’ production facilities, Manufacture de Haute Horlogerie SA, which has allowed Bulgari to produce watches entirely in-house. This category — which in the past has been problematic at times for the jeweler — is the second-largest business for Bulgari, said Burke, while noting that “the boundary between a watch and a jewel is not crystal clear.”

Burke, who has been reining back the expansion of the company’s leather goods division to focus on watches and jewelry, said that “the watch business has been explosive,” and the high-end positioning “extremely dynamic.”

Bulgari is “pushing the watch business with premium watch distribution” in the U.S. for example, which is a market that is growing. “We are investing in key partners,” said Burke, pointing to an agreement with Neiman Marcus. “We have an aggressive plan and will renovate most of our stores.”

The executive kept details about a new concept by Peter Marino under wraps, explaining that, with the famed architect, they are “doing psychoanalysis of Bulgari to truly understand what it stands for and how much is the past. It’s a tango, a passionate embrace of the brand.”

There are a total of 300 Bulgari stores globally, of which 175 are directly operated. In the U.S., there are 18 directly operated units, 15 travel retail venues (only for the jewelry, watches and accessories categories) and 65 multibrand stores carrying those three Bulgari categories.

Despite Europe’s uncertain economy, the region is “surprisingly finishing the year on an amazing note,” said Burke. “It’s the new Dubai and Hong Kong extravaganza of the world, which is good for us and good for luxury.” He explained that “big business” used to be generated by Japanese shoppers traveling to Hong Kong or Hawaii, but that this is “not as good as the Chinese now coming to Europe, seeing the brand in its environment, in its full context. This is one reason why they are becoming more sophisticated so quickly, they get the full story and they want to come to Paris or Rome, for example,” he said.

Bulgari has 35 stores in China, but the company is “not giving preference,” said Burke, adding that Japan will remain the “top luxury market, knowledgeable and with a desire for quality. That is the perfect luxury customer, like the myth behind the brand.” While India is “lagging,” Burke sees new opportunities in Brazil and Turkey, where new stores will open in São Paulo next month and in Istanbul in the third quarter of next year.