Italian fashion executives are banking on tourist dollars boosting their brands inside Italy, and on foreign markets for expansion outside of their home nation. 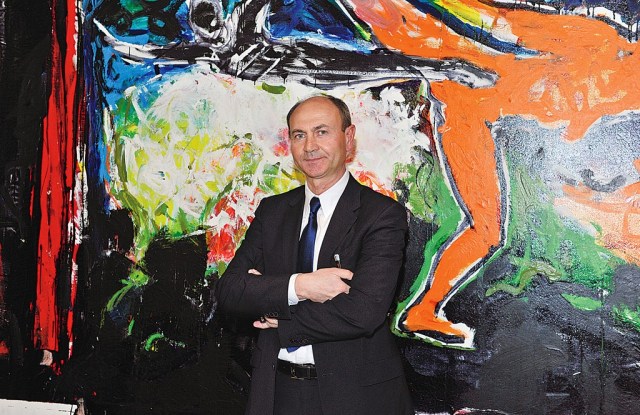 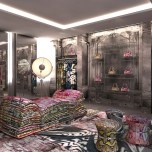 MILAN — Bring on the tourists.

There’s no sign of a slowdown in the spending power of wealthy visitors to Italy from emerging foreign markets. As such, their shopping sprees are keeping smiles on the faces of Italian fashion executives.

“Our boutiques in Venice, Rome or Florence are all working well with tourists,” said Gian Giacomo Ferraris, chief executive officer of Versace. And Vittorio Missoni, head of the family-owned company, was equally upbeat, reporting the brand grew 15 percent in Southern Europe at stores teeming with tourists. He attributed this performance to the fact that the brand is recognized internationally.

A less local and more global business is increasingly key. Gianluca Brozzetti, ceo of Roberto Cavalli, projected a rosy future for companies that rely on exports and invest in “those markets that are growing the most,” such as China, where the firm plans to open 50 to 60 stores in five years. Exports account for about 85 percent of Cavalli’s sales.

It’s not surprising that brands are looking outside Italy’s borders, in light of the uncertainties the country faces. Milan Fashion Week runs Sept. 19 to 24, with the Gucci show inaugurating the spring presentations against the backdrop of a country struggling under the weight of a debt of 1.94 trillion euros, or $2.42 trillion, as reported by Banca d’Italia in June; a new fiscal austerity implemented by technocrat Prime Minister Mario Monti; ongoing political party squabbles; reduced consumer spending; higher gas prices, and deepening unemployment.

Monti’s austerity measures have helped Italy avoid bailouts such as those put in place in Greece by the European Union and the International Monetary Fund. Last week, the European Central Bank unveiled its bond plan, providing some respite to Italians, whose negative frame of mind has also contributed to reducing their consumer spending. Despite a 2.6 percent drop in gross domestic product in the first half, Monti expects the country to start growing again in 2013.

Brozzetti viewed the fact that the ECB was prepared to print money as “an important step to keep the euro under control, as there are psychological and material consequences on company activities in detail and in general. Our vision is that luxury is faring well, despite the crisis, and there is growth.”

While touting a cost-containment strategy, the company is investing in retail with the opening, among others, of a new Just Cavalli boutique in Milan in central Corso Matteotti. It will be feted with a party on Sept. 21, during fashion week. Another Just Cavalli flagship is set to open in New York next spring. Brozzetti said the company’s first half closed with a 26 percent increase in sales at directly operated stores, of which about 11 percent is on a like-for-like basis.

Massimo Ferretti, executive chairman of Aeffe SpA, which produces collections for Alberta Ferretti, Moschino and others, said that “after a difficult start, it appears that in Italy, too, there is a return to a positive phase.” Ferretti remarked, however, that Aeffe will mainly grow outside of Italy, with the Far East leading the charge.

That said, Milan continues to be a relevant shopping attraction. Besides Just Cavalli, Belstaff and Max Mara Group’s Max & Co. will celebrate the opening of their new stores in the city during fashion week. A boutique dedicated to Versace Collection will open near the Just Cavalli unit on Corso Matteotti at the end of October.

“The year 2012 is a good one for us, and, based on spring 2013 orders, next year kicks off to a good start, too,” said Versace’s Ferraris, pointing to the company’s expansion next year in Japan, Turkey, Brazil — for the first time — and Korea.

The company will present the Versus collection after its two Versace shows on Sept. 21, throwing a party with a band performance, although the executive remained mum on the group’s name.

“Versus is rock ’n’ roll, and it works well in the evening. We wanted to leave a bold, extravagant sign on that Friday is a Versace day,” he said.

And this might also be seen as a juxtaposition to Giorgio Armani’s evening slot on Sept. 23, when the designer’s two shows will be followed by an event to unveil an exhibition of some of his most memorable designs.

According to the Fashion Economic Trends study published by Italy’s Chamber of Fashion, the Italian fashion industry’s revenues in 2012 are expected to fall 5.6 percent to 60.2 billion euros, or $77 billion at current exchange, compared with 2011. Business is expected to pick up in the last quarter, but still fall below the levels of the fourth quarter last year. The report also highlighted that countries outside Europe — in particular Russia and others in Asia, with a 43 percent gain in exports to China — helped balance the slowdown of the European market in the first half.