A packed slate of events and promising business prospects have executives in a hopeful mood. 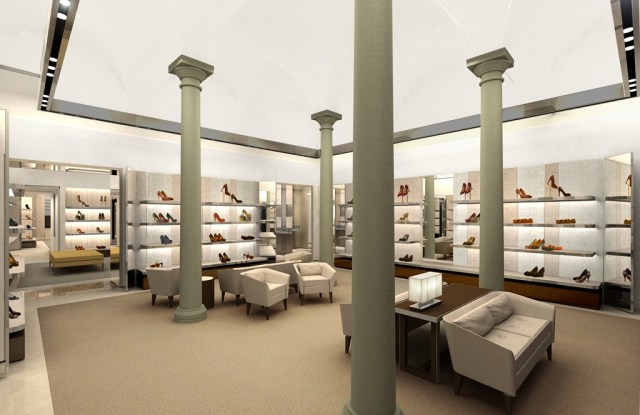 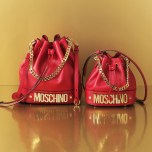 MILAN — Expectations are building up here as the Italian fashion industry and its leading association, the Camera Nazionale della Moda, are intent on creating buzz around fashion week, which begins Sept. 18 with the Dsquared2 and Gucci shows and ends on Sept. 23 at Giorgio Armani’s runway.

This story first appeared in the September 11, 2013 issue of WWD. Subscribe Today.

A total of 132 collections are expected to draw visitors from 40 countries around the world, and a slew of events and parties are slated to keep editors and retailers entertained — and busy.

New flagships will be feted, from Prada and Salvatore Ferragamo to Bottega Veneta and Fendi, which is also staging an exhibition, called “Making Dreams: Fendi and the Cinema.”

On Sept. 18, Condé Nast will present its scholarship project, and that evening the international publishing house will host a cocktail reception at the La Scala theater. The “Hat-ology” exhibition, curated by milliner Stephen Jones and dedicated to the eccentric hats of the late Italian fashion editor Anna Piaggi, will open with an event on Sept. 21. The 19th is earmarked for a Vogue Italia cocktail party with P&G Prestige, an event named “Beauty in Wonderland,” while the following day, the magazine will hold a lunch with Kering called “Empower Talents.” Following its show on Sept. 21, Moschino will throw a celebratory bash to mark its 30th anniversary.

Besides a welcome brunch offered by the Italian Chamber of Fashion on the first day, the association will hold a closing cocktail reception with an exhibition dedicated to Jackson Pollock and other artists of the Abstract Expressionist movement, with more than 60 works from New York’s Whitney Museum.

The week hails the debut of the first collection by Stefano Pilati for Agnona, marked by an exclusive concert on Sept. 20 with Alison Moyet, and that of Alessandra Facchinetti as creative director of Tod’s, which will hold a performance show for the first time, expanding the brand’s accessories range with ready-to-wear.

Costume National is returning to Milan from Paris, and Stella Jean will be the second designer to show a collection at Giorgio Armani’s theater in Via Bergognone. Gaia Trussardi, the new creative director of the family-owned company, will present her first women’s collection for the brand. Young designers from Francesca Liberatore to Miguel Garcia and Ryuya Oishi will show their collections at the Chamber’s Fashion Hub throughout the week.

A renewed sense of confidence mirrors the first signs of a recovery of the domestic fashion business expected in 2014. As reported, a study by the Camera forecasts a 3.5 percent increase in revenues for the Italian fashion industry, including textile, clothing, leather goods and shoes, in the first half.

Italian brands continue to rely on exports and tourists shopping in the country, as Italy’s economy is expected to remain weak until the end of the year.

Concern over a looming military action against the Assad regime in Syria is dampening the otherwise hopeful outlook of Italian fashion executives, who believe that although still lackluster, Italy’s economy is showing its first signs of improvement.

“I believe that if nothing happens in this critical phase at an international level, the moment we all hit rock bottom is over,” said Franco Pené, chief executive officer of Gibò Co. SpA, which produces collections for Jil Sander, Michael Kors, Roberto Cavalli and Rochas, among others. “The recovery is not flamboyant and it’s slow, but it’s there. We see signs of a pickup already with the fall-winter collection.”

Gianluca Brozzetti, ceo of the Roberto Cavalli group, said the scenario is “generally positive in the medium and long term because when world economies grow, the world of luxury grows. We’ve seen a recovery of the euro area, especially in the past two to three months.”

Brozzetti added that, although the wholesale channel is lagging behind, retail in Italy is doing well catering to tourists. He admitted there are concerns about possible consequences of an attack in Syria, as customers are “more cautious and travel less — we’ve seen this psychological effect after such similar crises in the past,” and that the Middle East and the Gulf region could be affected.

The expansion of its retail network and new licenses, with an acceleration of the recently relaunched Just Cavalli line, helped lift profits 19.6 percent in the first half, reaching 8.7 million euros, or $11.5 million. Brozzetti said the company has been investing in building its retail chain and recovering lost ground compared with its competitors. In November, the designer plans a personal appearance and event in Beijing at his signature brand store at the Peninsula hotel, followed by the opening of a Just Cavalli flagship in New York around Dec. 10. The outspoken and unabashed designer has just penned an autobiography, titled “Just Me,” which will be presented in Milan on Sept. 17, during the city’s Fashion Night Out.

To be sure, a focus on stepping up the investments in new stores in top locations globally has been paramount for many Italian fashion brands, yet Milan remains a key venue for most. On Sept. 20, Salvatore Ferragamo will unveil its latest store concept in its historic Via Montenapoleone boutique, first opened in 1939 and located on the ground floor of the 16th-century Casa Carcassola Grandi. Golden travertine and mirrored portals reminiscent of a Baroque palazzo, lacquered walnut wood, marbled stuccos and natural raffia wallpaper convey a luxurious yet feminine, warm and welcoming mood to the space.

“As a strategic center for fashion and Made in Italy, Milan represents an important international window for a brand such as Ferragamo,” said ceo Michele Norsa, adding that this concept is meant to “enhance the beauty” of the unique building.

On the heels of a stellar performance in the first half, which saw the Florence-based company report an 81 percent jump in first-half net profits to 81 million euros, or $106.1 million, Norsa noted an acceleration in the second quarter compared with the growth in the first quarter of the year, driven by all main markets — Asia, the U.S. and Europe — that continued to show double-digit growth.

“Business performance in the first half confirms that, in the absence of particular market turmoil, we can expect further growth also in 2013,” said the executive.

Gian Giacomo Ferraris, ceo of Gianni Versace SpA, said performance is in line with the group’s expectations of double-digit growth in 2013. He admitted ripple effects determined by the instability in countries such as Egypt, Syria and Turkey. “We have to articulate our management in a way that continues to ensure growing profitability and revenues,” said Ferraris. As reported, to keep its growth momentum, Versace is planning a sale of a minority stake to a partner, eyeing an initial public offering in three to five years.

Ferraris noted that Italy and Europe remain a focus, as much as emerging countries. To wit, a signature flagship opens in Rome’s Piazza di Spagna, near the Spanish steps, this week, modeled after the new concept designed by Donatella Versace in collaboration with English architect Jamie Fobert.

Massimo Ferretti, chairman of Aeffe SpA, which controls the Alberta Ferretti, Moschino and Pollini brands and produces and distributes collections for Cédric Charlier and Emanuel Ungaro, said the year 2013 “confirms the recent difficulties of the past, but there is now a strong positive signal, and spring 2014 orders are positive. The feeling is that the machine is slowly restarting. This industry remains fundamental for the country, and there is a renewed psychological desire to invest.”

Aeffe will not hold a Cheap and Chic show this season to focus on the 30th anniversary of the Moschino brand. Praising the Chamber’s efforts, Ferretti said Milan is returning “in splendid form. From here to 2015 and the expo, Milan is returning to the center of attention.”