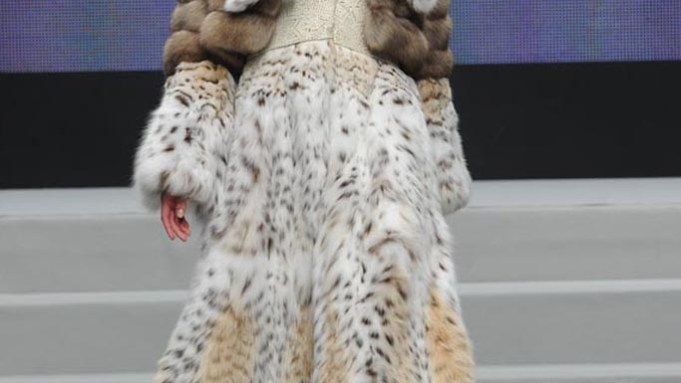 The recent edition of Mifur, the international fur trade show in Milan, reflected the current craze for fur that was noticed on ready-to-wear runways this season.

This year, Mifur showed on its own at Fiera Milano City (about 20 minutes from central Milan) due to a lack of available space at the Rho fairgrounds, where sister shows Mipel and Micam were taking place.

The fur fair counted 203 exhibitors and lasted one extra day this season to allow buyers to travel between the two fairground venues.

Marta Garcia, director of sales at Giuliana Teso, said she thought Mifur was “one of the most important fairs for fur. Asians want to be here and to be part of it. Mifur is a must.”

Surprisingly, the number of Greek buyers rose by 5.81 percent, supporting the idea that the luxury market is still doing well despite the crisis in that country. In fact, there were gains in buyer attendance from most European nations from last year: Germany (plus 7.6 percent), France (plus 2.9 percent) and Spain (plus 4.8 percent). The number of American visitors rose 1.6 percent, while Russians and buyers from Azerbaijan grew 60 percent, followed by Latvia, up 35 percent and Belarus, up 14.6 percent. Chinese buyers increased 7.8 percent.

“We export 85 percent of our production, mainly to the former Soviet Republics and Persian Gulf countries. The focus this year is to offer something new with a great mix of textiles, leather and fur,” said Roberto Ravizza, chief executive officer of Mondialpelli SpA, which holds the Gianfranco Ferré fur license.

The mood at the show was positive as Norberto Albertalli, president of Mifur, said “there was a great satisfaction among exhibitors who look to the future with optimism.”

To Mark Oaten, ceo of the International Fur Trade Federation, or IFTF, the main challenge for the fur industry is to meet growing demand, which is “a great problem to have. There is a lot to be happy about — which is amazing, considering that there is a recession.”

According to IFTF’s annual report, the fur industry experienced significant growth in 2011 as sales were up 7 percent compared to 2010.

Versatile outerwear was on Mifur buyers’ must-have-list, as in reversible jackets or two-in-one coats. For example, unzip a long coat around the waist to convert it into a bolero at Giuliana Teso.

Demographically speaking, end-consumers of fur are getting younger, hence the greater number of parkas and sportswear pieces in collections. Many brands have launched secondary labels or diffusion lines to meet the demand of customers age 20 to 30.

An opening gala event celebrated the relationship between fashion and fur with a fashion show and after-party where bloggers and style-setters share ideas with buyers and editors.

Mink is still the best-selling fur, thanks to its versatility, according to Mifur’s Albertalli, because it “is treated like fabric, and is dyed, trimmed, sewn and transformed in various ways.”

Mifur focused on collections for next winter. Some had a bohemian feel with a broad use of color, while others offered an exquisite vintage appeal or strong ladylike silhouettes.

Patterns were cut on fur, exemplifying the high potential pelts have in ready-to-wear. Not only does fur follow trends dictated in New York, London, Milan and Paris, but it also sets some trends with standout innovations.

To counteract the economic gloom, buyers were looking for new and special pieces. Vincent Chappet, export sales manager at Yves Salomon Paris, noted that “existing customers came back and they asked for new styles and special fashionable pieces.” Ekaterina Zelrnova, owner of three stores in Ukraine called Golden Fox confirmed, “We have women age 25 and up coming to our stores and they are looking for fur pieces that have a strong fashion accent. Sable is a must for next winter.”

The most expensive and rare furs, like lynx, are still on offer to satisfy very high-end boutiques.

The rising prices of hides at auctions are a great concern for furriers who are trying to keep their collections affordable without compromising on quality. Army Fur by Yves Salomon, the fur manufacturer’s sportswear line, is a good example, “The coyote hood parka underlined with rabbit is among our bestsellers,” said Chappet.

Looking ahead, Oaten believes “consumers and designers become more concerned that their fashion choices are more natural, beautiful and durable as well as fun, flattering and exciting.”

A possible market opportunity could be the use of fur in interior design. According to Oaten, fur on household furniture has great potential, as well as lightweight fur mixed in apparel and accessories.