Revenue so far this year is up 130 percent at the luxury e-commerce site, and ceo Deborah Nicodemus projects a 78 percent lift in sales for 2014. 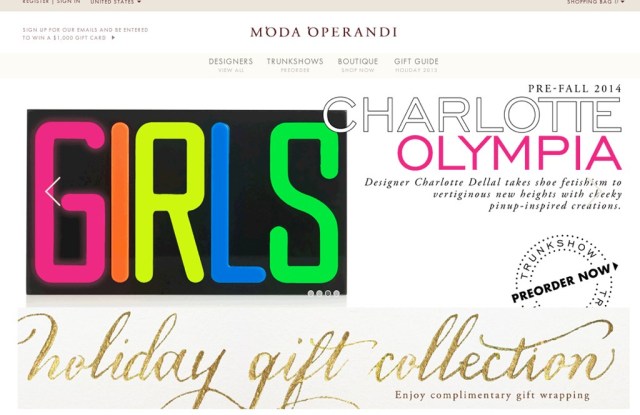 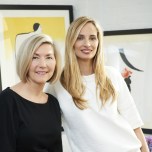 This story first appeared in the December 12, 2013 issue of WWD. Subscribe Today.

The funds will go toward inventory and asset purchases, strengthening the overall platform from a technology standpoint, investing significantly in mobile and a relaunch of modaoperandi.com in the third quarter of next year, said Deborah Nicodemus, who was named chief executive officer in October.

All told, the three-year-old site has raised more than $77 million, with the most-recent round of funding coming from existing investors, including LVMH Moët Hennessy Louis Vuitton and Condé Nast.

“We are applying the science side and fashion side of the business, taking an analytical approach and grounding ourselves in business practices,” Nicodemus said of the company’s plans for the next two fiscal years. Nicodemus and the firm’s cofounder, Lauren Santo Domingo, sat down to talk about the company’s future at its West SoHo office on Hudson Street here Tuesday.

Revenue so far this year is up 130 percent and the ceo projected a 78 percent lift in sales for 2014. Sales for Black Friday and Cyber Monday were up 400 percent and October was the site’s strongest month ever, which Nicodemus and Santo Domingo attributed to the fashion show season and a high volume of trunk shows.

Nicodemus took on the mantle of ceo following the departure of former ceo Áslaug Magnúsdóttir, who cofounded the company with Santo Domingo in February 2011.

Originally a vehicle for online trunk shows where consumers could preorder runway looks, the site launched an online boutique selling in-season items about a year ago. Currently, trunk shows make up 60 percent of the business, with the balance coming from in-season items — and Nicodemus and Santo Domingo think that’s the right mix.

But the pair said some customers also want items that can be worn immediately and so boutiques will remain an integral part of the overall strategy.

“The trunk show is our DNA; the runway is our DNA,” Santo Domingo said. “We wanted to service our client as extensively as possible. [Online boutiques were] a clear opportunity to engage her in another channel.”

Moda Operandi has also acquired Bonfaire, which was founded as an online preorder destination last year and will now be integrated into the site. Bonfaire ceo Keiron McCammon will become Moda Operandi’s chief technology officer, spearheading the growth of modaoperandi.com’s technology infrastructure.