Savers, Goodwill and many a brick-and-mortar shop across the country celebrated National Thrift Shop Day this past weekend.

Smack-dab in the middle of back-to-school season is National Thrift Shop Day, which was this past Saturday. And is it by coincidence that this annual “holiday” — observed for price and eco-consciousness of consumers — aligns with a whopping spend season? Not likely.

As reported in WWD, Deloitte’s latest survey — which polled more than 1,200 U.S. consumers — found spending will rise 1.8 percent to $27.8 billion, or $519 per student (compared to $510 last year, with most of it spent on apparel and accessories.

And price, product and convenience are all cited factors that determine where students shop, most of which is still in-store but with a growing portion of purchases happening online.

[Read: What Households Say They’ll Spend on B-t-s This Year]

“It feels like every day is National Thrift Day at Depop,” said Joan Costello, head of marketing, U.S. at Depop, a Gen Z-centered shopping app that expanded into physical retail a short time ago. While no themed event was held this weekend, Depop did host a pop-up at Depop Space NYC, where six of its featured sellers will have booths of their best vintage and thrifted items.

In Orange County, Calif., Goodwill of Orange County offered exclusive in-store discounts and gave out an “I Thrifted” sticker to every shopper on National Thrift Shop Day. In true thrift spirit, the location’s sales included half-off rugs and boxed furniture, as well as half-off for kid’s clothing.

Kristine Hung, vice president of marketing at Savers, told WWD that National Thrift Shop Day represents a “celebration of thrift, its environmental benefits and personal style triumphs,” and in honor of it, the purpose-driven thrift retailer unveiled its first “Thriftie Awards,” last week. 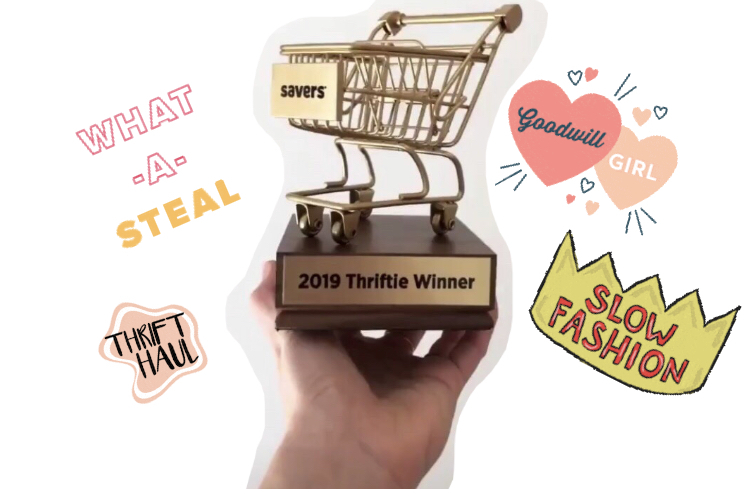 Awards are given to fashion influencers, expert stylists, celebrities and thought leaders across the U.S. and Canada demonstrating a “positive impact on their closet and environment over the last year,” which was announced via Instagram.

No longer for niche shoppers, Hung informs secondhand is important to Millennials and Gen Zers, gaining significant traction over the last couple of years as an expression of personal style and sustainable shopping.

“We’d like to think we played a part in thrift’s going mainstream back in 2012 when Macklemore filmed his iconic ‘Thrift Shop’ music video in one of our stores,” said Hung, who describes Savers’ role as the “spark” — or inspiration — “that helps them discover or express their own style and bring it to life.”

Right in stride with b-t-s season, Savers aims to offer necessities for a fraction of the cost compared to other retailers, in some cases saving up to 70 to 90 percent on b-t-s basics by shopping thrift. This past weekend, Savers touted T-shirts for just 99 cents in its stores.

Along with producing its annual report “The State of Reuse,” the company launched a handful of consumer campaigns to promote style that comes full circle, including: “I Give a Sh!rt” and “Thrift Proud,” as well as a partnerships with Eco Fashion Week, “Project Runway” designer Evan Biddell, and celebrity stylist Cary Tauben, both Canada based.

In a similar cost-cutting and mission-driven value proposition, Goodwill Industries International is a member organization of approximately 158 autonomous nonprofit Goodwill organizations operating in the U.S. and Canada, each boasting its own executive leadership and operation policies. While this entity owns the name “Goodwill” and the logos (that have been around for more than a century), all the community-based Goodwill organizations celebrated National Thrift Shop Day in its own way, usually in the form of discounts, promotions and influencer campaigns.

“We have this amazing mix of people who shop at Goodwill and create some of the most interesting looks out there today — they’re setting the trends,” said Katy Gaul-Stigge, Goodwill NYNJ’s president and ceo. On a broader note, Elaine Armstrong, vice president of marketing, Goodwill of North Georgia, added:“There isn’t a segment of shopper we don’t see.” 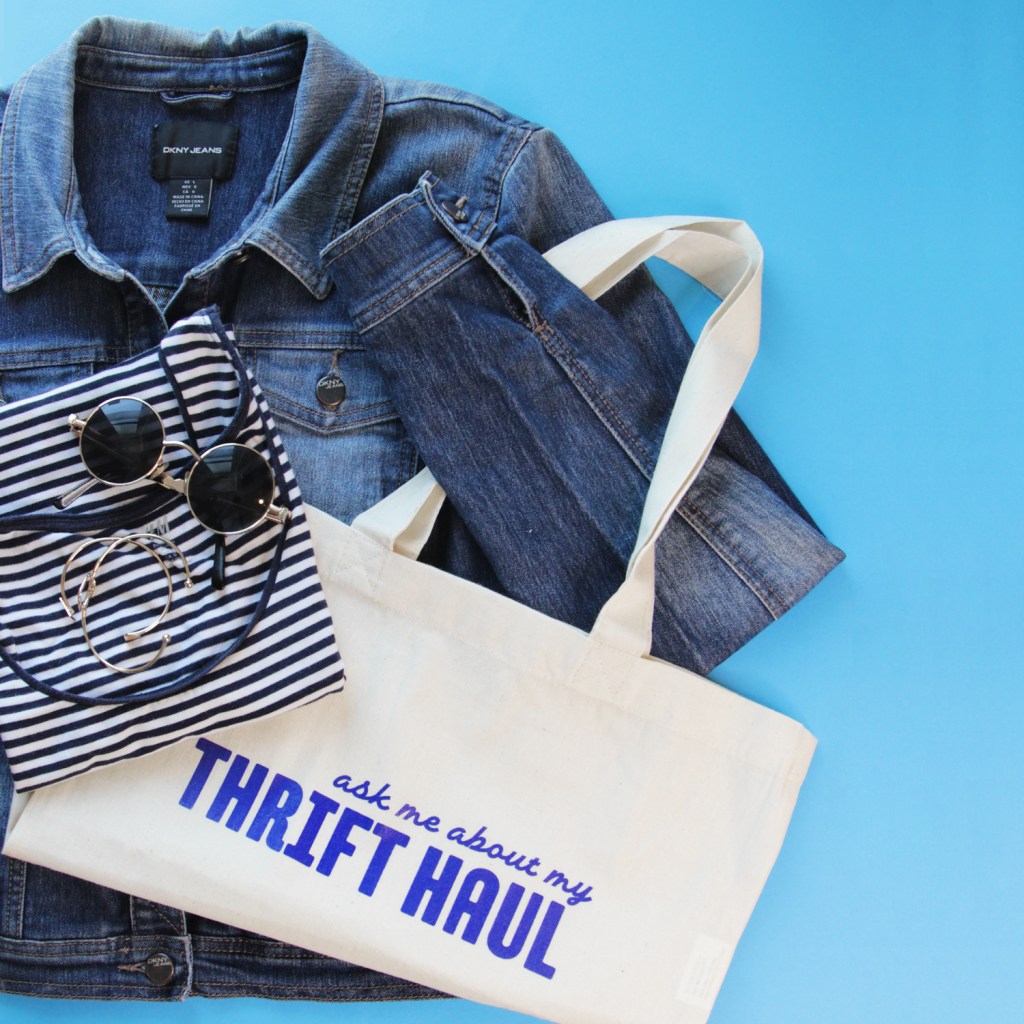 Taken at Goodwill NYNJ’s Brooklyn store, one of its stores celebrating the holiday.  Courtesy Image

[Read: What to Watch: Thrift No Longer a Dirty Word]

Both Armstrong and Gaul-Stigge confirmed the mainstreaming of secondhand, finding that shoppers are now “aware of the wear,” citing devoted spend at Goodwill being driven by its mission to fund employment programs for those with disabilities, as well as an eco-conscious motivation.

In response to a changing shopping landscape, Goodwill NYNJ created its “curated shopping concept” so shoppers that are more the gathering type, less so the treasure hunters, can find looks that are picked by internally trained stylists and “featured fashion influencers,” who stock the in-store curated shops with what Gaul-Stigge calls “the season’s most on-trend, cool and fashion-forward secondhand pieces.” Goodwill NYNJ operates three of these curated shops, with more intended to open this year.

One fashion influencer is Caroline Vazzana, who has been partnering with the location for several months now. As a fashion writer, editor and stylist — Vazzana uses her platform to share her happenings, which as of late included a birthday celebration in none other than a “vintage sparkly dress from a thrift store.”

Whether it’s a fashionista seeking her latest Instagram look or a family securing discounts for b-t-s season, quality, variety, values and price will continue to lure consumers into the thrift shop.