The retailer reported a 35 percent rise in profit for the quarter and announced growth initiatives including a rebranding of its contemporary departments. 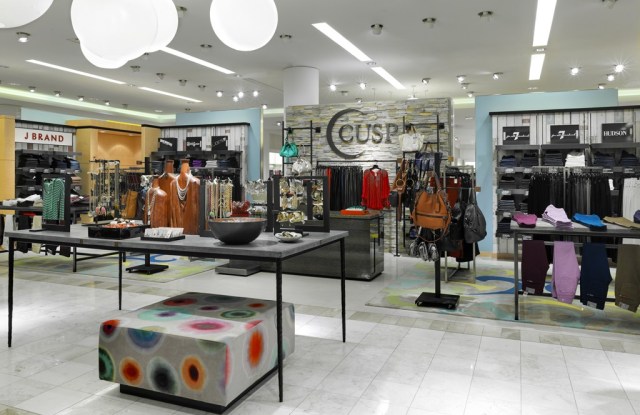 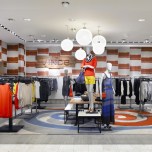 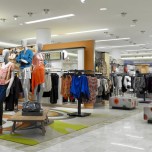 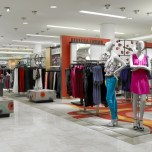 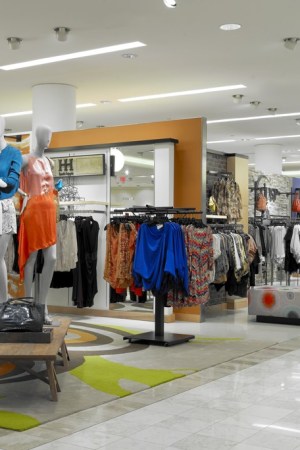 For the fiscal quarter, which was Neiman’s third, net earnings came to $62.6 million, compared to $46.2 million a year ago. Revenues were $1.06 billion versus $983 million a year ago. The performance followed a strong holiday season where earnings practically doubled and comps increased 9 percent. The strong performance comes as there is growing speculation the retailer could be contemplating an initial public offering, perhaps as soon as this year. Texas Pacific Group and Warburg Pincus bought Neiman Marcus Inc. in 2005 for $5.1 billion.

While the performance overall was impressive, there were pockets of concern. Executives saw softness in fine apparel, which is Neiman’s designation for designer merchandise at higher prices; some decline in New York’s European tourism stemming from Europe’s financial turmoil at the Bergdorf Goodman division, and some slowing down in sales overall in the latter part of the quarter. The first part of the season was pumped up by unseasonably warm weather driving sales of spring merchandise, and an earlier Easter.

“As we moved through the quarter, sales began to slow down,” Karen Katz, president and chief executive officer of Neiman Marcus, told WWD. “We did better earlier in the quarter than later.”

In a problem not unique to Neiman’s, Katz said, “Fine apparel is particularly challenging right now. For us, this was really the first quarter where we experienced a change. It’s not a price issue. There are lifestyle changes. Customers have been very discerning. They want something very unique, very fashionable, something lasting for her wardrobe.” Designer labels that read a bit more casual are doing well, she added. “We have to rethink how we edit the designer collections.”

Still, optimism emanated from Neiman’s conference call with analysts and from interviews with executives, who outlined growth initiatives. Among the plans:

• Rebranding all of the retailer’s contemporary departments as Cusp shops-in-shop. Cusp, a six-year-old division of Neiman’s, has six freestanding stores and cusp.com.

• Outfitting all 4,000 associates at the full-line stores with smartphones to better serve customers.

• Launching online sales in China by the end of the year.

In addition, management is being built up. In April, Joshua Schulman, who ran Jimmy Choo, became president of Bergdorf Goodman, filling a post vacant for two years. Also, Michael R. Kingston was named senior vice president and chief information officer. Lindy Rawlinson was named managing director of China, and Nathan Johnson became divisional merchandise manager for the venture. Both came from within Neiman’s ranks. A third insider is expected to be named chief operating officer in China. Additional hires will occur in China, and some Neiman’s buyers at the Dallas headquarters will be involved in the overseas buying and merchandising. Neiman’s in March invested $28 million in the Chinese e-commerce site Glamour Sales, which will provide warehousing, fulfillment and technology so Neiman’s can launch a full-price e-commerce site in China.

Contemporary sportswear is another opportunity, particularly as the designer business drags. “The contemporary market responds a lot quicker to trends. The lead times are not as long. Customers are migrating there. There is just better design in contemporary,” Katz observed.

As the contemporary departments at the 42 Neiman Marcus stores are renamed Cusp, they will be remade with a wider product range, updated fixtures and mannequins, intensified color and a hipper, younger attitude “As we look at these [Cusp] shop-in-shops, our goal is to bring in more aspirational customers into that area, and to make the shopping experience more transgenerational so there is a mother-daughter atmosphere,” Katz said in a conference call.

“Our stores are very luxurious and they can be at times a little intimidating. So we want to create an area that is very high energy, feels less intimidating and is modern and fun,” Jim Gold, president of specialty retail for the Neiman Marcus Group, told WWD. “It shows another side of Neiman Marcus. We have never branded the contemporary area before. We just simply called it contemporary. This is a very different approach. We are creating a subbrand of Neiman Marcus — an extremely large shop-in-shop if you will.”

So far, six Neiman’s stores have converted contemporary departments to Cusp; by mid-June, 20 will have Cusp, and by November, the remaining 22 NM stores will also have Cusp. The average Cusp department will be 8,000 square feet, which means that space will be increased on contemporary floors in some locations by as much as 20 to 25 percent.

“As each store gets converted to Cusp, we are layering in jewelry, accessories and a small offering of shoes,” Gold said, citing Sam Edelman and Pour la Victoire in shoes, and Rebecca Minkoff, Be & D, Chris Kon and Love Moschino in handbags. In apparel, Alice + Olivia, Helmut Lang, DVF, Rag & Bone, A.L.C., Vince, Theory, Alexander Wang and Phillip Lim are among the key vendors.

From a merchandising standpoint, “We are differentiating by introducing accessories, increasing the percentage of exclusive items within collections, and by how we edit the collections,” Gold said. “We tend to be more fashion forward. We tend to embrace color. Our clients are very active socially and want great clothes to wear to the hottest restaurants. On average, we are more expensive than Bloomingdale’s.”

He also said Neiman’s is putting greater emphasis on key items and “lifestyling.” For example, tops for date nights will be spotlighted in its own area as well as within collections, whereas in the past, it was just the latter. Gold also said Neiman’s is “retooling” its denim presentation, and creating “On the Go” areas featuring active casual clothes for yoga or just hanging out, with such lines as Stella McCartney and Splits 59. “Women today are wearing lots of active clothes,” Gold said. “They don’t simply want basics or technical clothes. They want clothes with a little more fashion but still casual and active in spirit.”

Gold said the Cusp conversions bring “lots of visual energy, much more color, updated fixtures, mannequins and music, and a more relaxed dress code for associates who can now wear jeans on the Cusp floor. “There’s a very different sensibility. Cusp feels younger and more modern. It is a very healthy business. Definitely, it is the most highly trafficked” area in the store. “Many of the clothes have a more contemporary fit, so certain classifications not every woman can wear. The fit tends to be more of an issue with bottoms. And dresses tend to be a little bit shorter. But there are still tons of sweaters and novelty tops. There are elements every woman loves. If maxidresses are a trend, everyone buys them. And if you are in good shape, regardless of your age, it all works for you.”