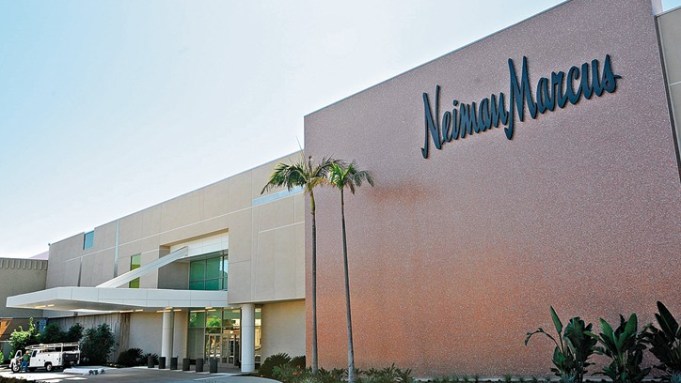 For the Neiman Marcus Group, there’s no shortcut out of the recession.

“We don’t believe it will end until sometime in 2010,” Neiman’s president and chief executive officer Burt Tansky said Wednesday, after the company reported a net loss of $3.1 million and a comparable revenue decline of 25.1 percent for the quarter ended May 2.

“It will come slowly — not a breakout as seen in the past,” Tansky said of the rebound. “The customer will be more specific and cautious. We are assuming no change in the economic environment at least through the fall season.”

The Dallas-based Neiman’s, once thought impervious to downturns, has been reeling as much as any retailer under the weight of the recession. It’s been criticized by some for not responding sufficiently to the new consumer psychology after enjoying a long run of unabashed spending by the affluent. However, for the first time, Tansky and his team on Wednesday projected a proactive stance and detailed a recovery plan, citing:

• Salary and staff cuts at stores and headquarters, including centralizing marketing and fashion office functions to further reduce payroll and create a consistent and focused voice to consumers. Previously, there were separate marketing teams at Neiman’s, Bergdorf Goodman and NM Direct. Overall, NMG is operating with 16 percent fewer associates than a year ago.

• Reducing inventories, with receipts down 25 percent for fall, although they are not expected to be aligned to demand for several seasons, as Neiman’s works to flow through fashion products faster than basics.

• Overall, reducing expenses by $125 million on an annual basis.

• Negotiating with developers to possibly postpone store openings, but not this September’s opening in The Shops at the Bravern in Bellevue, Wash., a suburb of Seattle. The store will mark Neiman’s debut in the Pacific Northwest. “We are scrutinizing all proposed projects with a heightened degree before we commit capital,” Tansky said. Stores are planned for Walnut Creek, Calif., and Sarasota, Fla., in fall 2011; San Jose, Calif., in 2012; Princeton, N. J., in 2013, and Oyster Bay, N.Y., where there is no opening date, as the mall there has yet to be built.

• Trimming store hours at certain locations to better schedule associates for peak traffic hours and away from down times.

Also on Neiman’s austerity agenda — bringing prices down via a shift in the merchandising mix toward more midtier pricing, within collections currently carried, without trading down.

“Let me assure you, we are not trading down,” Tansky stated. “We are simply rebalancing our assortments to offer our customers more opportunities, more options within a designer collection or a classification. I am pleased to say that most [designers] were very receptive to our plans. We are confident that this process will be a very collaborative effort, though it’s not happening overnight.” Some initial changes will be evident this fall, but the shift will be much more noticeable for spring 2010.

It’s a strategy that was previously disclosed, but not fully explained until now. “We are making changes to our merchandising strategy to strengthen our position in the midprice ranges without compromising quality,” Tansky said, adding the average price point had risen significantly, and that for several years customers responded “robustly” rather than questioning price. “It is no longer the case that price will be detached from intrinsic value.”

Tansky later assured WWD that the pricing shift doesn’t entail a retreat from couture to bolster a lower range like contemporary or bridge. He also said it was difficult to characterize midtier pricing because what is midtier for one designer or brand might be much different for another. “It’s different for every product in the company,” he said. “It’s vendor by vendor, class by class, category by category.”

At Neiman’s, the weakness started being felt over a year ago and became pronounced last fall. It is being felt across Neiman’s specialty retail and direct-to-consumer businesses, and across all its geographic areas and merchandise categories. Neiman’s $3.1 million loss in the third quarter ended May 2 compared with a profit of $55.4 million a year earlier. Sales fell 24 percent to $810.1 million from $1.06 billion, and the declines were pretty much the same rate at Bergdorf’s and Neiman’s stores. Operating earnings for the specialty stores fell 58.6 percent in the quarter to $62.6 million from $151.3 million, while those in the direct marketing category declined 27.1 percent to $20.4 million from $28 million a year ago.

For the 39 weeks, the company posted total revenues of $2.88 billion compared with $3.57 billion the year before, with comparable sales decreasing 20.8 percent. There was an operating loss of $460.8 million, compared with operating earnings of $472.6 million.

Meanwhile, there have been concerns over whether, with such big declines, the luxury chain can in future pay off the debt stemming from its $5.1 billion acquisition by Texas Pacific Group and Warburg Pincus in 2005, which took the company private. However Stacie Shirley, treasurer and vice president of finance, commented, “Year-to-date cash position remains strong. We are comfortable with our current liquidity position.”

She said the company is negotiating with banks to replace its existing revolver, and noted there’s no major principal payment until 2013 of $1.62 billion. Total long-term debt is $2.96 billion and there are annual interest obligations of $240 million. The company ended the quarter with $229.4 million in cash, compared with $206.1 million in the year-ago period.

“We have taken aggressive steps to reduce expenses over the past several months,” Tansky said. “Our team has done an excellent job of decreasing their spend. We are undergoing a comprehensive process that we believe has been thoughtful and significant.” Of the $125 million in expense reductions expected this year, $75 million have already been realized.

Tansky said there are no “rash decisions” with inventory changes, and that the strategy is still based on full-price selling — though for the short term, he acknowledged the company would be more promotional than historically, but not nearly as much as last fall.

The outlook isn’t rosy: “We are expecting current trends to continue and expect to see our inventories continue to adjust down over the next several quarters,” the executive said.

Despite Neiman’s depressed numbers, the chain remains among America’s most productive retail formats, at $511 a square foot in sales.

On the brighter side, margins should be higher in Neiman’s fourth quarter than last year, and as far as store closings, “We have no intention of making any changes at the 40 stores. They are all doing just fine, relatively speaking,” said Tansky. He also said Cusp, the nascent five-unit contemporary division, is also “going well considering” and that company is pleased with the business, though no new shops are planned.

He also squashed speculation, spurred by the centralization of the marketing and fashion functions, that the buying could be centralized as well. “We are not making any changes in the merchandising group,” Tansky said.

He sees hope with fresh looks and trends for fall, but nonetheless is keeping his fingers crossed. “New fall goods are just starting to come in. It’s just too early to make predictions,” said Tansky. “We won’t really know until we get through Labor Day and into September what the consumer reaction will be.”