When industrialization hit garment-making in the 19th century, Berlin became one the continent’s epicenters for serial textile production, employing more than 150,000 people in 800 companies located around Gendarmenmarkt — until the Nazis put an end to the mostly Jewish-held industry when they took power in the Thirties.

Founded in 1836, Manheimer was one of the first to use the technological innovations of the time to offer ready-made women’s coats, and grew to become one of the largest textile companies on the continent, selling throughout Europe and to the United States in its heyday. Valentin Manheimer’s heirs took over a flourishing global business, but failed to navigate it through the Great Depression.

Re-launching as a luxury formal men’s wear brand, the new Manheimer also relies on the latest technology. The collections will be distributed through direct online marketing and selected online retailers, with a made-to-measure option enabled by a new data processing system. Spearheaded by creative director Sontag, who is known for his minimalist brand, the first collection features 30 looks, with sharp classic toned-down suits sparked with color accents in jade green and crème pink for tops. Shirts start at a 180 euros, while jackets retail for 700 euros to 1,000 euros. The garments are made in Italy upon order within three to four weeks, and a network of certified tailor shops in bigger cities provides post-order tailoring services. 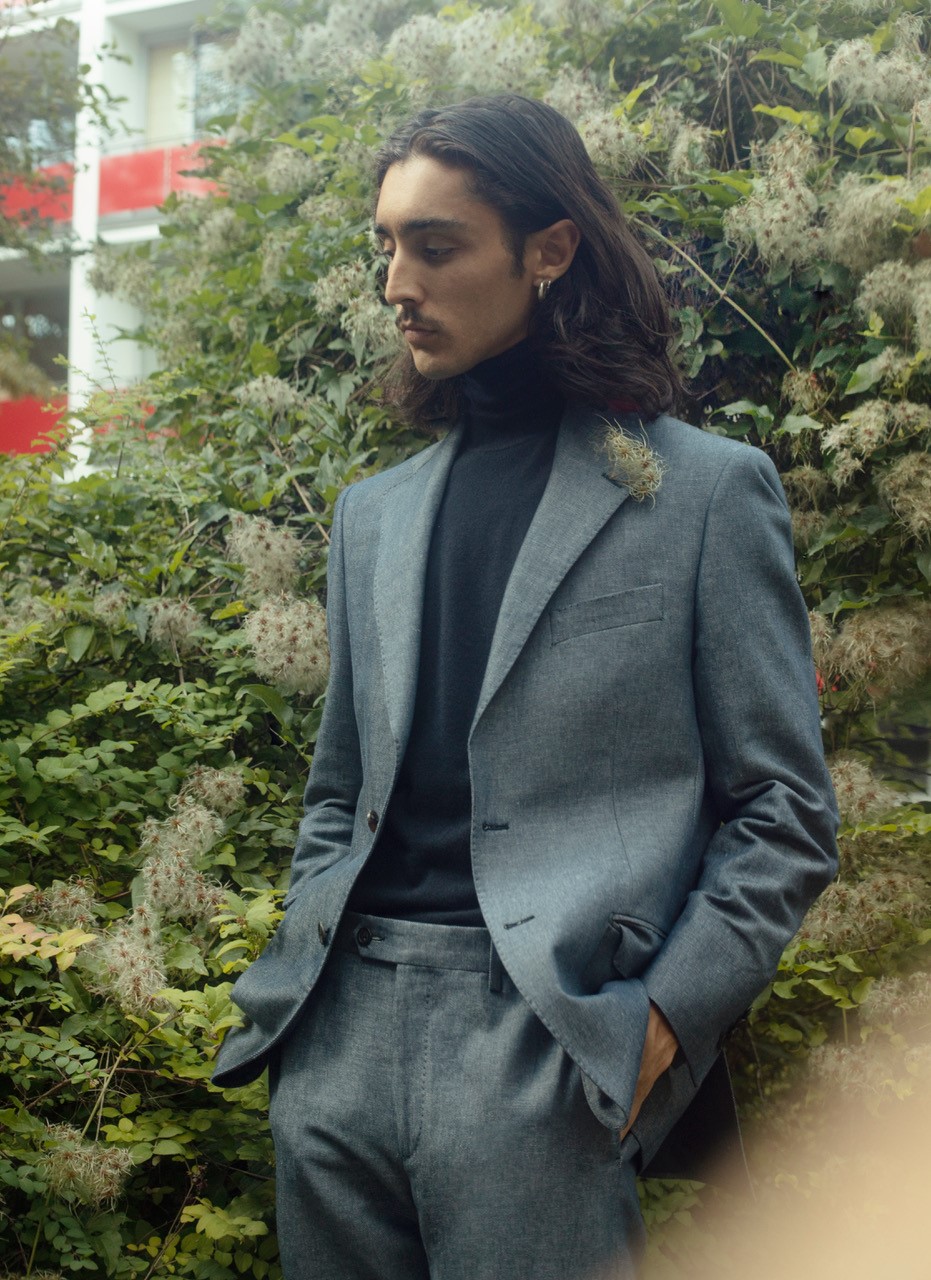 “We offer luxury quality at a fraction of the normal price because we cut costly omnichannel steps in our supply chain. In a way, we rely on a similar innovative approach like our namesake founder Valentin Manheimer,” said Lothar Eckstein, board member of Jandorf Holding and managing director of Manheimer.

“He [Valentin Manheimer] was a pioneer in the textile industry. We relaunched the brand out of an interest in the city’s history and the industrial-era Hausvogteiplatz, home to the Jewish textile merchants of the 20th century,” he said, adding that one of Manheimer’s descendents, Brazil-born Andreas Valentin, is also on board and will relocate to the city to be involved in the operational business.

Eckstein himself is no stranger to the fashion world: He was the founder of Sleek magazine and published Quest magazine, and held leading positions at some of the country’s biggest media companies, including Amazon Germany and Axel Springer SE. Along with Matthias Dübel, a collector of historic garments, and Christian Boros — who runs marketing agency Boros, the publishing house Distanz and is known for his art collection in a former World War II bunker — Eckstein launched Jandorf Holding. The company runs the namesake Kaufhaus Jandorf, that was part of the Jewish department store chain of the same name (including present-day KaDeWe), and secured the rights for the brand Herrmann Gerson, another Jewish merchant of the same era.

“We have access to the old Valentin Manheimer archives and we work with the historical fabric, but this still is an utterly contemporary brand. We’re looking at a contemporary, luxurious interpretation of formalwear. It will be about new images of the classic suit, about how to wear it differently,” said Sontag.