Interviewing investors, industry experts and entrepreneurs, WWD defines the next-gen entrepreneur, and what differentiates their business.

Generation Z owes traditional retailers nothing, in their eyes. This haughty demographic would rather launch their own businesses — and many have — than settle for less-than-ideal product quality, merchandising, ethics, etc.

To better understand what resonates with this generation, WWD interviewed investors and industry experts as well as entrepreneurs to define key traits of the next-gen entrepreneur while understanding how traditional fashion and beauty retailers and brands can essentially “next-gen proof” their business.

Who is the next-gen entrepreneur?

Hayley Barna, a cofounder of BirchBox and the first female partner at First Round Capital, compares mission-driven next-gen entrepreneurs to “heat-seeking missiles” in their forthright behavior that helps them accomplish their goals.

“Successful entrepreneurs are constantly collecting data, listening to customers and adjusting course if necessary,” she said, citing an example of a recent investment she made in San Francisco-based start-up called The Lobby, founded by Abigail Holtz. “She [Holtz] balances a techie’s data-driven approach with a commitment to the vision,” Barna said.

When asked of what constitutes a “disruptor” in fashion and beauty today, Barna believes, “Disruptors don’t come in one flavor, but the common thread is that they are able to cut through the clutter to deliver on a 10-times better experience for customers.”

Next-gen entrepreneurs are not just competing on product innovation alone, but rather they are segmenting their customer’s needs further and “building around their needs,” according to Barna. These are the makings of disruptive business, and the “how” may weigh more heavily than the “what.”

In a similar note, Katie Hunt, chief revenue officer and cofounder of Showfields, a show-and-tell, multibrand retail experience, anchors the next-gen business to its “north star” vision, saying the “best teams are teams that know there is not one path toward achieving success,” while her cofounder and chief executive officer, Tal Zvi Nathanel, added context: “At Showfields, we believe that the core of our community will become the next generation of founders and creators,” citing a recent dinner the company hosted, inviting 20 direct-to-consumer brand founders to discuss inspiration and business beginnings.

“Bottom line, the next-gen entrepreneur is creating a world where each customer can find the perfect product to fit his need, belief system, mission, style, price and in all categories of his life,” Nathanel said.

Next-gen entrepreneurs lead with an “analytics-first approach to decision-making,” according to Sanjeev Sularia, ceo and founder of Intelligence Node, a retail analytics and pricing intelligence firm used by the likes of Unilever, Li & Fung, United Colors of Benetton and others. He described the next-gen entrepreneur in a few other key attributes, all of which parallel the fluidity that comes to define the demographic.

Gen Zers are weeding out brands by their roots, and substantiating the entire business clause by their own investigations instead of relying on marketing messages alone. One issue that matters to them is sustainability.

According to CGS, a global provider of business application solutions, Gen Z shoppers are some of the most conscious buyers, with 68 percent having made an eco-friendly purchase in 2018.

Putting ethical standards at the forefront, Mejuri, an everyday fine-jewelry brand, “married brand and supply chain,” according to the brand’s ceo and cofounder, Noura Sakkijha. “We refused to follow the status quo of how things ‘should’ be done in the traditional fine jewelry industry, including an 18-month lead time and massive campaigns. Instead, we created a brand we and our customers could actually identify with,”  Sakkijha said.

And sustainability exists deep in the business operations and strategy of next-gen businesses. Sularia believes in “taking the concept beyond marketing campaigns and truly optimizing the merchandise to reduce and eliminate inventory waste, harmful deep-discounting practices and to drive full-price sell-through rates that, in turn, ensure fair wages and healthy working conditions to people making these goods.”

“Old ways never opened new doors,” said Sidney Neuhaus, co-founder and creative director of Kimai, a London-based fine-jewelry brand specializing in lab-grown diamonds. The jewelry was recently worn by the Duchess of Sussex Meghan Markle, although the company was only founded in 2018. Too Jessica Warch, cofounder and ceo of Kimai added that next-gen business practice means “putting sustainability at the heart of it.”

Phil Friedman, president and ceo of CGS, told WWD that “a next-generation leader has to be well-equipped in a fast-paced business world, have a vision for the business and be able to hire and retain highly educated and capable talent,” adding that understanding the latest technology is key to fostering growth.

The encouragement of unique viewpoints will be a common denominator of next-gen workplaces, as Sularia cited “the ability to manage teams with high-performance cross-functioning skills and boundary-blurring roles,” as another defining trait. Next-gen entrepreneurs and brands targeting Generation Z are warranting investor attention as a default rather than as a prerogative by flexing an inherent “knack for carving out a niche in a very noisy market,” whether by authentic marketing messages or downright boldness embedded into brand DNA that Gen Zers find refreshing.

Regardless of generation, “An entrepreneur is someone who has the insight to envision a state of the world that doesn’t yet exist and the courage to take action to make that into a reality,” Desai said. He added that it’s heartening to witness today’s entrepreneurs as being “more focused on all stakeholders and not just financial shareholders.”

As for the buzzy disruptor viewpoint, Desai names a few names. Having invested early in the vision of entrepreneurs such as Julie Wainwright at The RealReal, Karla Gallardo at Cuyana and Abigail Holtz at The Lobby, which was recently covered in WWD, Desai has an eye for what’s next — and female entrepreneurs are leading the way.

And a company aiming to make it “easy to invest in women” is The Helm, a lifestyle brand committed to supporting female-founded products and companies through its venture capital fund — committing nearly $1.5 million to date — and its commerce platform.

Lindsey Taylor Wood, founder and ceo of The Helm, added that “Both fashion and beauty have seen massive cultural shifts when it comes to representation, democratization and environmentalism,” yet few have succeeded in fully embracing these qualities. “I think the first ones that can — whether legacy or emerging — will see a groundswell of support from consumers,” she reiterated. 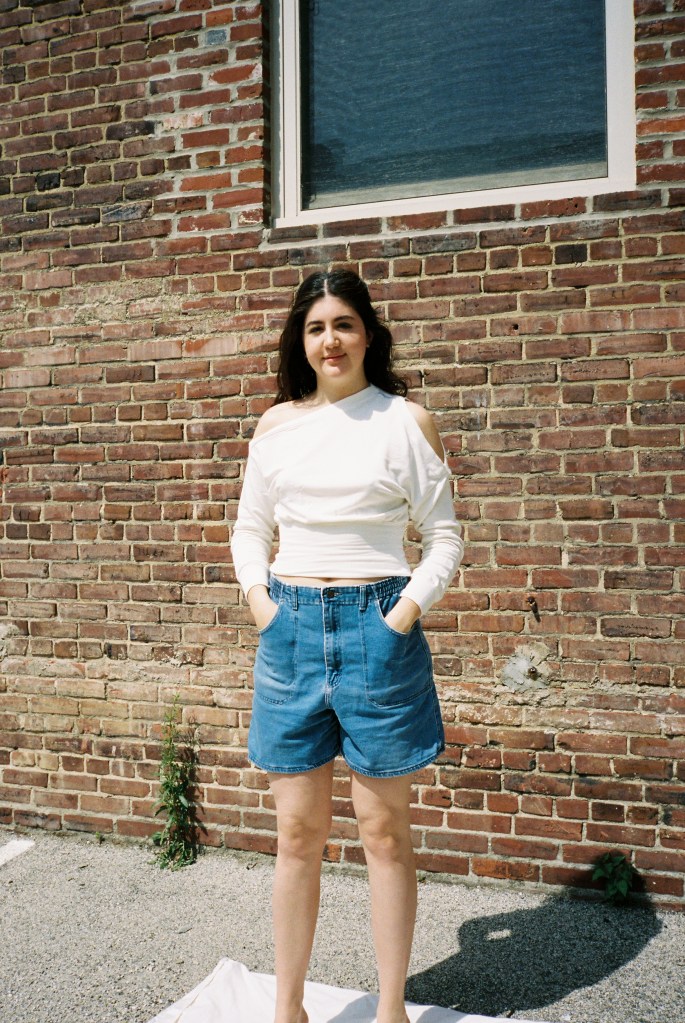 Probing industry experts further may reveal additional insights on the next-gen entrepreneur, but better yet — go directly to the source.

Jennifer Simons is a 22-year-old Georgetown graduate and founder of Dressmate, a Brooklyn-based e-commerce company backed by Girlboss, Backstage Capital and Target. Dressmate cultivates independently owned, women-led and sustainable brands — all packaged with an editorialized viewpoint with the web site being navigable with a flower pot cursor.

“I was pre-med when I first started this venture and have now graduated, raised money and hired a team,” said Simons, who credits her “badass mom” who raised her on a farm in North Korea, later becoming a successful fashion designer, as the catalyst to fueling her dreams.

Dressmate was born of “pairing an everyday act — getting dressed — with a feeling of friendship [‘mate’],” Simons said, whether it be it with a “barrette from Seoul Import,” or bold “set from Oori Ott.” Other partnerships include emerging and cult-following designers such as Nicole Saldaña, Susan Alexandra and Tyler McGillivary. The company is slated to open its first store in Greenpoint in October.

Similarly, 20-year-old Isabel Holden, a self-described “creator” has been running her business since 2015, inspired by upcycling initiatives, trends and collaboration. 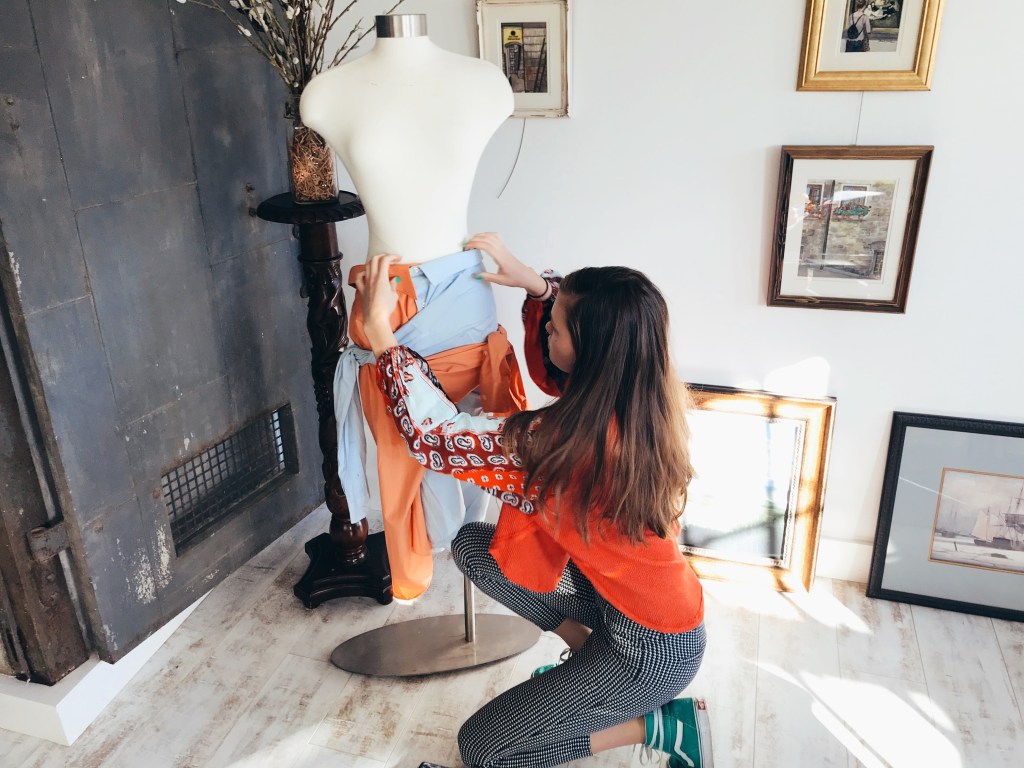 “This year, I proudly won the $25,000 CFDA Liz Claiborne Scholarship for my efforts in creating a more sustainable business plan and denim collection for the future,” said Holden, who still has one more year until graduation at Marist College. Holden aims to advocate for greater consumer awareness, bridge the gap between designer and consumer, while highlighting the importance of buying from local designers and artisans.

“I believe that by doing this, I hold the keys to the future of fashion,” Holden said.