“You used to compare LVMH to the rest of the sector, now I think it’s in a league of its own,” said HSBC analyst Erwan Rambourg.

By Mimosa Spencer and Evan Clark and Luisa Zargani on December 23, 2019

Bernard Arnault may still be wrestling Jeff Bezos to top the rolls of the world’s richest these days, but his luxury group is speeding ahead of rivals, adding distance to its lead.

When LVMH Moët Hennessy Louis Vuitton sealed the sector’s biggest deal ever — a plan to buy Tiffany & Co. for $16.2 billion — it extended its grip on global luxury to a particularly lucrative chunk of the industry: high-end jewelry.

The repercussions of the Tiffany deal stretch across the entire sector, though, adding pressure on the group’s main competitors who, like LVMH, also trade in fashionable apparel and leather goods.

Combining the financial firepower of the largest luxury group with the iconic American house — known the world over for its robin’s egg-colored packaging and classic engagement ring settings — creates a more robust competitor to the leading jewelry label Cartier, which belongs to Compagnie Financière Richemont.

And at the conglomerate level, the deal shrinks the pool of potential acquisitions that can serve as building blocks for rivals seeking to future-proof their businesses.

“You used to compare LVMH to the rest of the sector, now I think it’s in a league of its own,” said HSBC analyst Erwan Rambourg. “And you’ve had scale and speed at the same time,” he noted.

Indeed, scale and speed are pushing the sector to what HSBC analysts are describing as a state of “bling supremacy.” In this “leader-takes-all” environment, under LVMH management and with greater means, Tiffany presents a “much more significant threat” to competitors, the analysts have said. 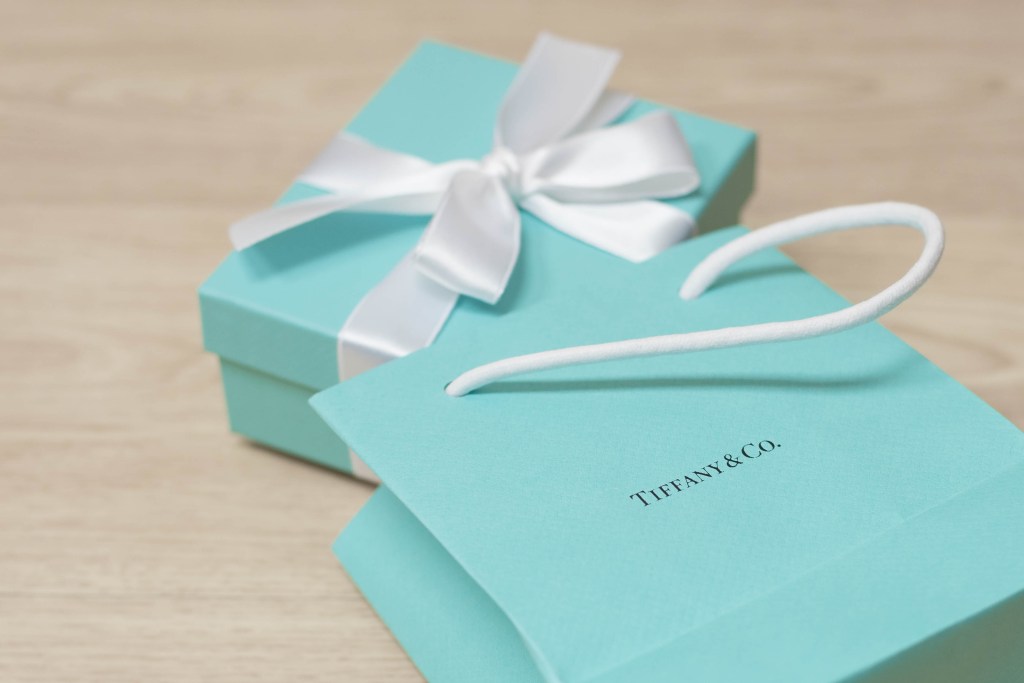 LVMH’s market capitalization dwarfs that of its nearest competitor, topping the 200 billion euro mark, compared to Kering’s level of around 73 billion. Hermès International stands at just over 70 billion euros, while Richemont is at around 36 billion euros.

With economic weight comes fuel for future growth, which is another reason the effects of this deal, which paves the way for hefty investments in Tiffany, are set to continue well into the future.

LVMH has plans to lift business at Tiffany, for example, when it enters the group fold early next year, by pulling it out from the glare of the markets, delisting it from the stock market.

“Our goal is to provide Tiffany with the ideal environment to further invest and grow,” Arnault told WWD when the deal was unveiled, noting the delisting will lift the pressure on short-term profitability that comes with being listed in the U.S.

“LVMH doesn’t care about the margin for this quarter or this year, they care where the group will be in 10, 15 years,” Rambourg said.

The financial firepower that comes with scale — which is reinforced by the Tiffany acquisition — also helps groups tackle numerous fronts at once.

“The important thing is the power of the marketing budgets, the power to drive innovation and the evolution of digital and supply chain,” said Oliver Chen, an analyst at Cowen.

“Luxury is behind with digital probably because it can be, because the brands carry so much equity and they’re not easy to replicate,” Chen said. “Innovation in luxury goods is marketing and design and that requires money.”

LVMH executives intend to reinforce Tiffany’s offer, organizing it around product pillars, as it has for Bulgari — an acquisition from eight years ago — capitalizing on existing lines, but also building new ones.

Another important area of future investment will be the label’s store network. LVMH boosted productivity at individual stores at Bulgari, another achievement it intends to replicate at Tiffany, which has a sprawling presence of 321 stores in more than 20 countries, mostly in the Americas and Asia. Here again, the group will draw on weight to help land the best real estate. 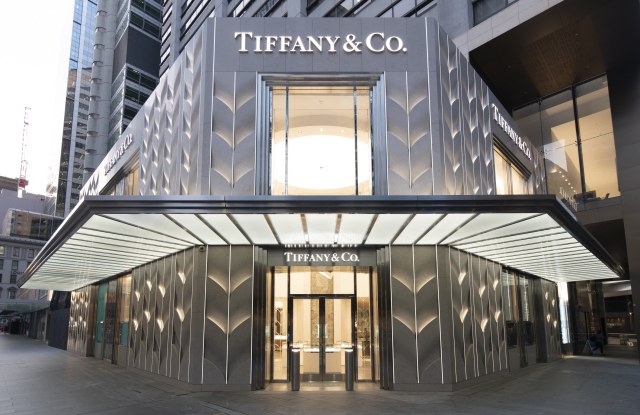 In this context, areas calling for attention — and funds — are multiplying, adding to the importance of scale.

“Complexity is exploding” in the luxury industry, meaning groups have to commit resources to an ever-growing number of fronts, Bernstein analyst Luca Solca observed in a recent note to clients.

Solca considers LVMH the “best structural play” for investors, citing the group’s diversification, scale, the health of its mega brands, its grip on distribution, upstream integration, and management focus and talent.

LVMH’s breadth and momentum — as reinforced by the planned Tiffany transaction — adds an extra kind of pressure on rival groups, analysts say.

For Kering, Tiffany could have been the jewelry megabrand that it needed to fulfill its ambitions in hard luxury, while for Richemont, “at the very least, it will see fiercer competition in its core jewelry business,” according to Solca.

“There’s an expectation from investors that Kering should do something,” said Rambourg. With Gucci accounting for about 80 percent of earnings before interest and taxes for the group, investors would likely welcome reducing the label’s weight in the group, he added.

“I think it would come as a relief to shareholders at Kering if they were to dilute out that exposure,” Rambourg said.

In this context, it’s no surprise that recent talk of interest by Kering in luxury outerwear label Moncler — one of the industry’s leading success stories in recent years — has seized the market’s attention, with analysts weighing in on the potential of such a deal. They estimate a purchase of Moncler would be worth upward of 13.5 billion euros — another signal of how LVMH’s purchase of Tiffany has transformed the luxury landscape by setting a new price bar for high-quality acquisition targets.

Not only would an acquisition of Moncler allow Kering to dilute the importance of its star label Gucci in the group, but it could also draw on its resources to speed up the brand’s growth, a number of analysts have said. The team at Goldman Sachs noted that the size of Kering, along with its digital platform and exposure to Millennials, could push Moncler to grow faster than expected.

Such a deal could boost Kering’s profits by 20 percent in 2020, estimated analysts from Equita SIM, who see synergies in media buying, rents, corporate operations and in the digital sphere.

With LVMH’s Tiffany acquisition prompting wider deliberation on possible moves by other luxury groups to adapt to the changed landscape, some suggest that even bigger ones would make sense.

Considering the potential of a “blue-sky” merger scenario linking Kering and Richemont, analysts at Bernstein — while acknowledging major hurdles, such as the likely loss of power of controlling shareholders at Richemont — say it could create a larger number two. The two companies have different areas of expertise, with Richemont’s strength in hard luxury offsetting Kering’s weakness in that segment and the opposite in soft luxury, they note.

“Kering has done a lot to deserve higher credit in the industry,” noted Solca, applauding its moves over the years to divest general retail assets and Puma to become a luxury pure player.

“Not only that, Kering has been able to take most of its soft luxury brands to unprecedented heights: Gucci, Bottega Veneta, Saint Laurent, Balenciaga stand to represent a ‘Kering template’ to brand revivals,” he said.

Combined, the two could create a “formidable strategic response to LVMH,” the analysts said.

Kering, meanwhile, while declining to comment on a potential purchase of Moncler, has said it is open to adding brands to the “backbone” that Gucci represents for the group.

“We have very important financial resources, which are growing regularly, and we are therefore in a position to seize opportunities,” Kering chairman and chief executive officer François-Henri Pinault has said.

Morgan Stanley analysts Elena Mariani and Edouard Aubin expect more consolidation in light of the very low cost of borrowing, the strength of the top five players’ balance sheets, which they estimate have “never been stronger over the past 20 years,” the operational synergies groups can generate and the finite number of potential targets.

However, the analysts say they see a “very limited number of potential targets,” noting that LVMH and Kering “have shown less interest in acquiring small brands in recent years.”

With few potential targets, Mariani and Aubin predict consolidation will be a “relatively slow process,” while other categories like luxury autos, fine wines and spirits, luxury hospitality, eyewear and prestige cosmetics could generate interest.

In the meantime, the chairman and ceo of LVMH has shown no signs he is interested in resting on his lead.

“Like my friend Roger Federer…he keeps training, and so do I,” Arnault told WWD, the day after he revealed his group’s plans for Tiffany.