Nordstrom Earnings Up in First Quarter 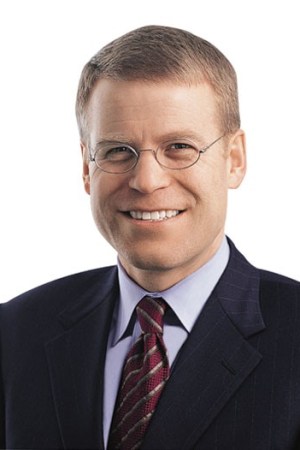 Nordstrom Inc.’s first-quarter profits were 43.2 percent ahead of those from the 2009 quarter, but still fell short of analysts’ expectations.

Reporting after the markets closed Thursday, the high-end retailer said first-quarter earnings for the period ended May 1 jumped to $116 million, or 52 cents a diluted share, from $81 million, or 37 cents, in the year-ago quarter. The earnings per share figure fell 3 cents short of analysts’ consensus estimates of 55 cents.

Nordstrom said gross profit, as a percentage of net sales, rose 245 basis points compared with the year-ago quarter. While the retailer said the improvement was mostly due to merchandise margin, it also disclosed a reduction in buying and occupancy costs in the three-month period. In addition, the company said sales per square foot rose 13 percent, while inventory per square foot was up a lesser 1.9 percent.

Based on first-quarter results, the firm revised fiscal 2010 guidance, and now expects EPS of between $2.50 and $2.65 from the previous forecast of $2.35 and $2.55. Nordstrom expects a same-store sales gain of 4 to 6 percent for the year and is forecasting an increase of between 100 and 130 basis points in gross margin for the year.

Blake Nordstrom, president, told analysts during a conference call, “As we move forward, we are confident in our ability to execute along a number of fronts, including merchandising, inventory management, multichannel, new stores, and most importantly, customer service. Our ability as merchants to manage inventory continues to improve. This remains a key driver of our total performance, including our top-line sales momentum. Inventory is turning faster than in recent years, an indicator of our ability to execute and of the strong partnership with our vendors.”

Nordstrom also said the firm is “seeing fewer markdowns as a percentage of sales. Our focus on regular-priced business is core to our merchandising strategy and of late it’s back up to a historically high range as a percentage of total sales.”

He added that while the company’s “overall model continues to evolve, and though we’re not back to the peak sales-per-square-foot productivity we achieved in 2007, the profitability we’re generating from these numbers is better. Our company is benefiting from this improved merchandise performance, and we’re committed to continuing to execute along these lines.”

Nordstrom pointed out that customers don’t necessarily see a difference between shopping online, through catalogues and in stores. He explained that the retailer will keep working on becoming more “seamless across all channels,” noting that improving customer service is “fundamental” to the firm’s approach.

Michael Koppel, executive vice president and chief financial officer, told analysts that May sales will be “unfavorably impacted” by the calendar shift in the Memorial Day holiday and the retailer’s annual half-yearly sales event, which typically starts the Wednesday before Memorial Day. Koppel said the impact will move some of the sales typically in May into June.