Number 10: The Battle for Men’s Wearhouse

The high-stakes drama between Men's Wearhouse and Jos. A. Bank continues to play out. 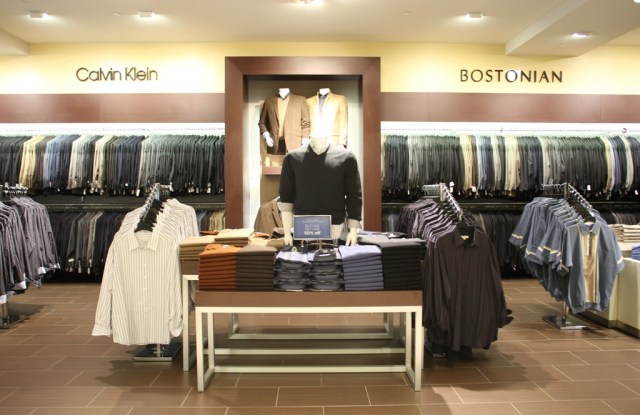 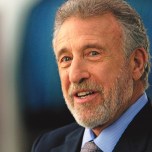 Men’s Wearhouse marked its 40th birthday in 2013, and the company is living through the quintessential midlife crisis.

Things started to get interesting in June when George Zimmer, the founder and gravelly voiced pitchman, was unceremoniously fired. Zimmer, who started the $2.5 billion company in 1973 and was executive chairman at the time of the ousting, was terminated on the morning of the company’s scheduled annual shareholders meeting.

Although Zimmer had willingly turned the reins of the retailer over to current chief executive officer Douglas Ewert two years earlier, he continued to be a visible presence at the company, participating in quarterly earnings calls and remaining as the face in television advertising. His tag line, and bearded face, touting: “You’re going to like the way you look. I guarantee it,” became part of the country’s lexicon. But behind the scenes, Zimmer began taking issue with the company’s future direction, and made no secret of his feelings. Most egregious, according to sources, was his disagreement with The Men’s Wearhouse Inc.’s plan to sell its K&G Fashion Superstore division. He was also against positioning designer Joseph Abboud, who was brought in as chief creative officer in December 2012, as the style expert for the retailer, sources said.

Richard Jaffe, an analyst who follows the firm, said Zimmer was having a hard time relinquishing control, an issue the company seemed to confirm when it said Zimmer was seeking “veto power over significant corporate decisions.” When Zimmer didn’t get to make the big decisions, he began talking to investment banks about buying the company and taking it private. That didn’t amount to anything and within days of his ouster, Zimmer resigned from the board, although he was the company’s largest noninstitutional shareholder with 3.5 percent of its stock.

All that turned out to be just Act I.

The next month, the company signed a definitive agreement to acquire JA Holding Inc., owner of the Joseph Abboud name and trademark, for $97.5 million in cash, a move that reunited the original designer with the label he created in 1987. The deal also included the purchase of the Abboud factory in Massachusetts, which will allow Men’s Wearhouse to mine the good will of the growing Made in America trend.

Then, just as the focus turned to creativity and plans for a significant rollout of the Joseph Abboud brand within Men’s Wearhouse’s 1,200 stores in the U.S. and Canada, things got even more interesting.

Word leaked out that Men’s Wearhouse’s key competitor, Jos. A. Bank Clothiers Inc., with funding from Golden Gate Capital, had made an overture to acquire the company for $48 a share in cash. Although Men’s Wearhouse received the proposal on Sept. 18, it didn’t reject the offer until Oct. 9, when Jos. A. Bank publicly disclosed it. The offer represented a 42 percent premium to the closing price of Men’s Wearhouse’s stock of $33.71 on Sept. 17, and a 17.8 percent premium to the 52-week high and five-year high of $40.75, according to an investor presentation from Goldman Sachs and Financo Inc. that was filed with the Securities and Exchange Commission. Jos. A. Bank, itself under pressure to find an acquisition and another strategic alternative, agreed to consider raising the price after conducting due diligence.

The drama didn’t stop there.

Hedge fund Eminence Capital bought a 9.8 percent stake in Men’s Wearhouse and pushed the company toward a merger with the smaller Jos. A. Bank chain, saying it believed the value created from combining the two firms is “massive, with the potential for $2 billion of value to be created.”

Men’s Wearhouse still didn’t budge in its dismissal of the Bank offer and refused to talk to its rival, a decision that prompted Eminence to seek “white agent” status with MW, seeking a meeting in which the retailer’s bylaws could be modified and its board changed.

Then, less than two weeks after Jos. A. Bank’s offer expired, Men’s Wearhouse turned the tables and went on the offensive, offering to acquire Bank instead for $55 a share in cash, or about $1.54 billion. The initial offer price represented a 32 percent premium to Bank’s stock price of $41.66 on Oct. 8, the day Bank’s takeover bid was made public, but was below the $56.30 closing price on the day Men’s Wearhouse revealed its bid. Sources say it’s likely MW will raise its offer to make the deal happen.

Some advantages of the MW offer include the fact that it would be funded entirely from cash on hand and debt financing, whereas Bank’s acquisition of MW would have required cash, new debt and $250 million in equity financing from Golden Gate Capital.

MW has more stores and its sales for the last 12 months outpaced Bank’s by a $2.5 billion to $1 billion margin. MW also has more experience making and integrating acquisitions, including Joseph Abboud; After Hours, a formalwear specialist, and Moores, a Canadian men’s wear chain.

As of press time, Bank had said only that it had received the offer and would review it. According to Gilbert Harrison, Financo’s chairman, who is counseling Bank, “This has been a strange turn of events, the most recent in a string of strange actions by the board of Men’s Wearhouse. Jos. A. Bank will, of course, fulfill its fiduciary obligation to shareholders and thoroughly evaluate the Men’s Wearhouse proposal.”