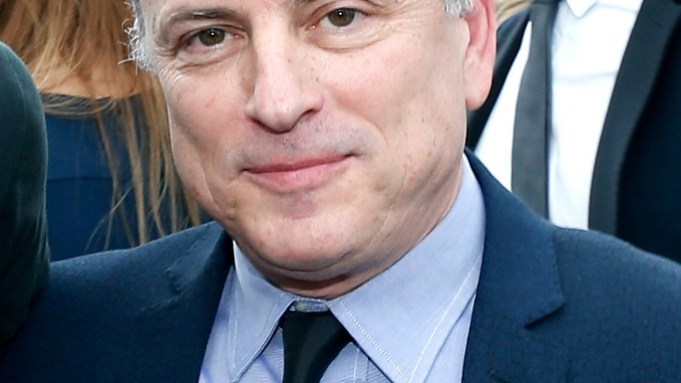 The biggest ship in luxury has a new captain, a new second-in-command, a new designer — and the crew is steering it toward more exclusive waters.

Louis Vuitton logged a dramatic 2013, reaching a crescendo with its spring show in October, when artistic director Marc Jacobs bowed out after a stellar 16-year tenure in order to focus on developing his signature fashion house and readying it for an initial public offering. “This is all superpositive,” Jacobs said of the development.

The 42-year-old Frenchman’s Vuitton debut in March is already billed as the hottest show of the fall fashion season, destined to bring buzz and excitement to the brand and to Paris Fashion Week.

Vuitton vowed that Ghesquière would bring “a modern, creative vision” to its women’s collections, while the designer said the house represents the ultimate in “luxury, innovation and exploration.”

Ghesquière’s arrival completed an overhaul in top leadership at the cash-cow brand of LVMH Moët Hennessy Louis Vuitton — analysts pegged Vuitton’s 2012 revenues at 7.4 billion euros, or $10.2 billion at average exchange, making it the luxury sector’s biggest brand by sales. Vuitton accounts for roughly half of LVMH’s earnings before interest and taxes, and boasts an EBIT margin of around 42 percent.

Vuitton’s new chief executive officer, LVMH veteran Michael Burke, previously ceo of Bulgari and Fendi, was appointed in December 2012. He had prior experience at Vuitton in the U.S. and is considered one of LVMH chairman and ceo Bernard Arnault’s most trusted and sure-handed deputies.

Burke in turn tapped Delphine Arnault, Bernard Arnault’s daughter and longtime deputy general manager at Dior, to become his second-in-command at Vuitton, responsible for all product-related activities. A key talent scout within LVMH, she is said to have championed Ghesquière for the linchpin Vuitton post. She also tapped accessories designer Darren Spaziani from Proenza Schouler to spearhead lines of “very high-end” leather goods to complement existing collections.

Bernard Arnault signaled Vuitton’s upscale thrust early in the year, saying a focus on quality rather than quantity would secure its market position amid slowing luxury demand in China and a shift away from logo accessories.

While executives made it clear the switch in emphasis from monogram canvas to high-quality leather goods would be a gradual process, LVMH trumpeted that its new W and Capucines handbags, fronted in ads by actress Michelle Williams, were selling briskly, albeit in limited quantities and not enough to compensate for a broader slowdown. In the third quarter, revenues in LVMH’s fashion and leather goods division slipped 3.8 percent to 2.43 billion euros, or $3.22 billion, with Vuitton “slightly” underperforming other brands in the business group, which includes such names as Fendi, Givenchy and Céline.

Vuitton reined in its global store rollout as part of the upscaling strategy. Burke said the focus would be on “the qualitative development” of its retail network, with a goal of “offering exceptional and unforgettable experiences in each one of our stores.”

New flagship “maisons” in Munich and Venice, located in a historic post office and cinema, respectively, each offer cultural displays and artworks to make them tourist attractions in their own right.

Even so-called in-store shops are described as retail playgrounds. The latest, which bowed at Selfridges in London last month, is a three-story town house linked with a revolving glass elevator in a double helix and boasting its own entrance on Oxford Street.