Off-price retailers continue to hang in the fold between traditional brick-and-mortar companies and e-commerce brands. But will it stay strong or crumble in the era of online shopping?

Inside a T.J. Maxx store.

In an era of online retail, one formula for brick-and-mortar stores seems to be working.

It involves offering consumers something they can’t get online, a value they can’t resist and creating an urgency to buy. And this creation is best illustrated in the off-price channel. In the world of fashion and apparel, that’s brands like T.J. Maxx, Marshalls, Nordstrom Rack and Ross Stores.

“That’s where the customer wants to shop,” Ike Boruchow, senior retail analyst at Wells Fargo, told WWD. “They want to shop at strip centers. They don’t want to shop at malls. And they’re up for value. And this is kind of where you get all of that.”

Boruchow added that the off-price channel is the best supplier of branded goods at an affordable price — better than department stores and even e-commerce giant Amazon. And, since the inventory moves so quickly, shoppers are constantly in search of new products, stimulating the excitement of a treasure hunt.

“If you go there and you see a shirt you like, you better buy it,” Boruchow said. “Because if you go next week it’s going to be gone. That’s the beauty of the model.” 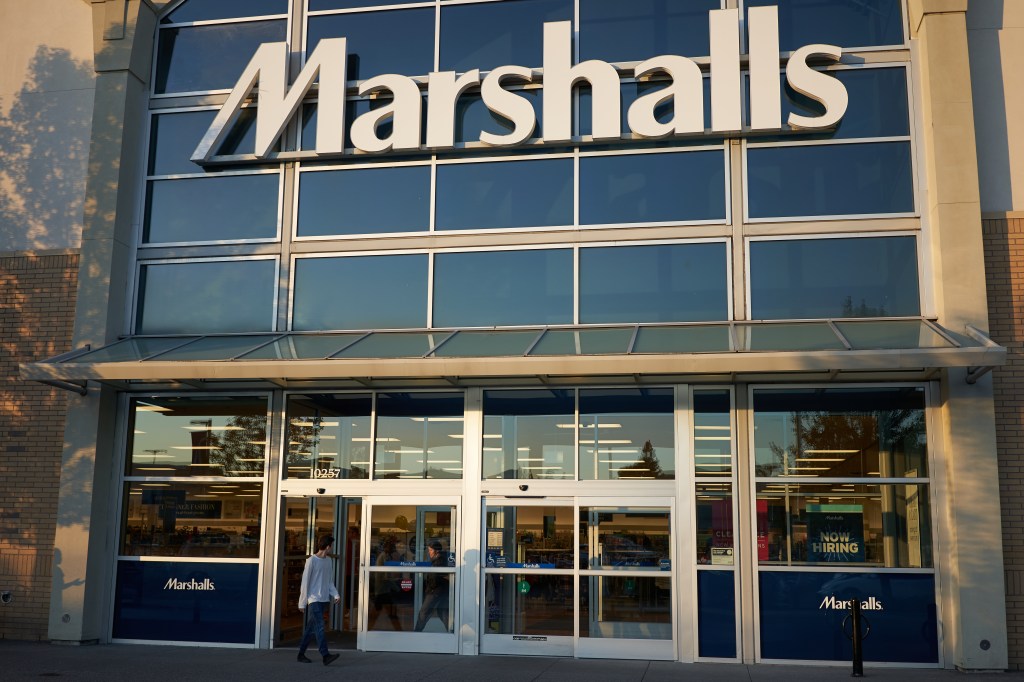 It also explains why the momentum in the off-price channel continues to soar as traditional retailers shutter stores at an alarming rate. Many of those brick-and-mortar retailers simultaneously are investing in digital marketing and capabilities.

Meanwhile, the off-price channel is firmly nestled in the physical world — and growing. And some of the channel’s biggest players are reaping the benefits. Sales at TJX Cos. Inc, parent to T.J. Maxx and Marshalls, top $10 billion in its most recent quarter. That puts them in the same playing field as Nike, which also recently surpassed $10 billion in sales in a single quarter. Year-over-year TJX’s stock is up more than 38 percent. Shares of Ross Stores are up more than 40.

Throughout the entire retail industry, off-price retailers had the biggest dollar-share gains out of any other channel for the 12 months ending December 2019, according to the NPD Group’s Consumer Tracking Service.

Marshal Cohen, chief industry analyst at the NPD Group, said that’s in part because more department stores — like Dillard’s Clearance, Macy’s Backstage and Saks Off 5th — have gotten into the action. “So the channel itself has gotten more attention,” he said.

But it’s also because of what he calls the “value-centric mentality.”

“Consumers think, ‘If I can get a decent designer brands for a lower price. Why not?”’ he explained.

Jay Sole, UBS retail analyst, added that the channel, at least in the near term, is benefiting from the large number of brick-and-mortar store closures, including Payless, ShopKo, Sears, Bon-Ton Stores, Forever 21 and even Barneys New York.

“A lot of these are regional department stores, especially these distressed retailers,” Sole said. “When this happens consumers find somewhere else to shop. I think we’re going to see more store closures in 2020. So you would think that off-price is going to continue to get better.”

Still, it would be remiss to ignore the fact that off-pricers are living in a world that is growing increasingly digital.

While it’s worth noting that brands like T.J. Maxx and Ross Stores do have web sites and Instagram accounts, their online presence remains minimal. (T.J. Maxx has 1.2 million followers on Instagram. Ross Stores have just 335,000. Nike has 97.3 million by comparison. Victoria’s Secret has 68.7 million.)

“The one thing we’ve always worried about in the back of our heads is that [the players in the off-price channel] don’t have an e-commerce business,” Boruchow said. “I would be naive if I said, I don’t think it will ever catch up with them.”

But Omar Saad, senior managing director at investment bank Evercore, pointed out that the Internet has been around for a while.

“These companies have comped positively almost every quarter for decades when pretty much every other company, even the greatest brands, go negative in certain periods — and these guys don’t,” Saad said. “I think that they’ve proven they can survive this.”

“Because every customer, everywhere in the world can, theoretically, see it instantly and your full-price umbrella disappears, because the online market is so efficient,” Saad said. “So there’s always going to be a need for that channel.”