The annual market in Dallas opens the doors on 1 million square feet of fashion and accessory exhibits. 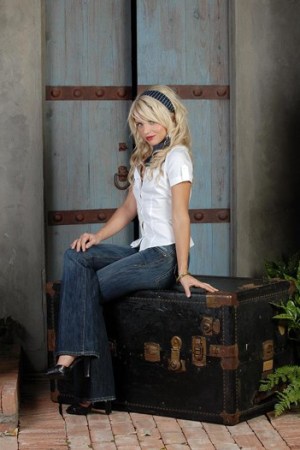 The Dallas Market Center is touting one-stop shopping at its fall market March 12 to 15.

The annual market opens the doors on 1 million square feet of fashion and accessory exhibits, with hundreds of gift, home and body care showrooms in the World Trade Center and adjacent Trade Mart, noted Cindy Morris, chief operating officer of the DMC. The complex comprises some 5 million square feet in all.

“Now more than ever, it is important for buyers to diversify and strengthen their merchandise mix,” Morris asserted. “Our March market offers a complete marketplace in mid-America, the most cost-efficient travel option compared with other shows, and new resources and educational opportunities.”

Recaps of fall trends will be presented by Gregor Simmons, owner of the namesake buying office, who will display examples of fashions available in Dallas during her rapid-fire seminars on contemporary, bridge and designer styles.

In addition, the DMC will also feature edited informal modeling during its inaugural “First Look” cocktail party Thursday evening, with a performance by kitschy girl band Rotel and the Hot Tomatoes.

Donald McEvoy, whose eponymous showroom specializes in gifts and decorative items but also carries accessories including jewelry by Vanessa Swarovski Piedra, explained March is one of the smaller gift shows, but is important for holiday deliveries for some vendors.

“We are open and we get traffic from the [apparel] show when it’s not even a cross-over market,” he said.

Several showrooms and plenty of labels will be new to FashionCenterDallas, which spans women’s, children’s, men’s, the SCENE juried contemporary and bridge show, bridal, the Southwest Shoe Expo, western wear and Temporaries on 12, which includes trendy value-priced fashions, novelties and cowboy boots.

“It’s been good over here,” said Meredith Hite, a spokeswoman for the DMC. “People have been signing leases, and we’re hopeful.”

Laundry by Shelli Segal will open a corporate showroom on the 15th floor as Perry Ellis International continues to relaunch the brand as a flirty, feminine dress line. Laundry previously had a showroom on the atrium at the WTC, but it closed in November 2007, a result of faltering business. Laundry’s new showroom is located next to Lilly Pulitzer.

Four permanent showrooms will open in the new bridal and prom area that opened in October on the 14th floor. With the addition of Allure Bridals, Precious Formals, John Amato and Sam Sales, the area now features nine showrooms representing dozens of resources.

In addition, new Dallas company Prospect Denim will launch a corporate showroom in the District One Five contemporary area. The company cuts about 30 styles of premium jeans in various rises for men and women and specializes in hand-washing and finishing. The jeans are made in El Paso, Tex., said Ava Carmichael, an owner and senior designer.

“We have paint-splattered and destroyed [looks], and some that are pretty classic,” she said.

New showrooms on the 13th floor include Yellow Box shoes and Behringer Accessories.