The Outside View: The ‘Woke’ Squad Says #DoYourThing

Jeetendr Sehdev on the importance of taking sides.

I’ve said it before and I’ll say it again: Brands need to be fearless because a new, “woke” consumer has arrived who is hyper aware of social injustice. This consumer represents approximately $150 billion of spending power in the United States, and by 2020 will make up a whopping 40 percent of consumers worldwide.

Generation Woke, also known as Gen Z (born in the mid-Nineties and early 2000s) are super keen to connect with companies on social and political issues — not just environmental issues. I’m talking #MeToo, #Blacklivesmatter and #guncontrol.

A little too polarizing for you, I hear you say? Too bad. The woke consumer gives zero brownie points to brands that strategically choose to remain silent. As I said in my book, “The Kim Kardashian Principle,” leaders today need to face a simple truth: Speak up and take sides or forever risk losing relevance.

After Nike reportedly embraced my new branding rules to launch one of the most talked about advertising campaigns in recent history with Colin Kaepernick, I’ve noticed that other brands have followed suit. Gucci decided to support gun control and donate to March For Our Lives. The chief executive officer of Levi’s took sides in the same debate stating, “It’s inevitable that we’re going to alienate some consumers but we can no longer sit on the sidelines and remain silent on this issue.” And my personal favorite, Procter & Gamble recently donated over $500,000 to the U.S. Women’s Soccer Team, to close the pay gap between the men’s and women’s national teams. Some brands have even joined the B Corp club and been ‘certified’ socially conscious.

Still, I think these brands just represent the tip of the iceberg. Companies that are really “woke” need to build their businesses around the radically changing industry. 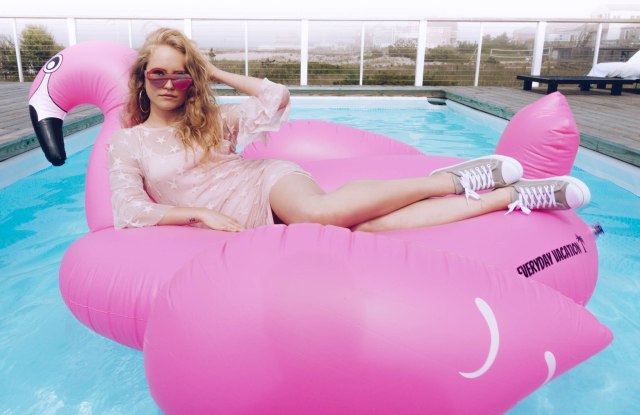 Take Boohoo.com. I first came across this $3 billion, fast-fashion brand on a recent trip to Blighty where its underground advertising is hard to miss. Boohoo (which also owns PrettyLittleThing) is headed by British billionaire Mahmud Abdullah Kamani and is miles ahead of its competition. The brand not only communicates its purpose with its feel-good, pro-diversity slogan “#DoYourThing” but also uses social media as the primary way to engage the woke consumer. It’s strategic choice of celebrity partnerships — most recently with Jordyn Woods (once famous for being Kylie Jenner’s bestie, now infamous for allegedly fooling around with Khloé Kardashian’s ex-boyfriend) — is equally brave and diverse. Most importantly, Boohoo responds to the fashion industry changing on a myriad of different dimensions.

Firstly, it recognizes that the lifespan of fashion products is shortening and the woke consumer is turning away from the permanent ownership of clothing; The average price of Boohoo’s product is $20. Secondly, it knows that personalization is the key to the heart of this generation; the brand offers 6,000 different types of clothes and doesn’t flinch at the thought of embracing body diversity (Victoria’s Secret, take note). Finally, it addresses the pain point of mobile shopping and the woke but uber-impatient consumer; Boohoo offers shorter lead times, next-day delivery and improves availability of products, etc.

I’m often asked what the future of fashion holds and I believe there is no doubt that breaking through is becoming risky business. It’s finally #timesup for brands that have gotten a little too comfy toeing the party line. Leaders need to be brave enough to take sides and express their authentic beliefs. Who will be the biggest winners and losers? Only time will tell. I do believe one thing’s for sure: the loyalty of your remaining consumer will always pay off because once you’re woke, there’s no going back to sleep.

Jeetendr Sehdev is the author of the New York Times best-selling book, “The Kim Kardashian Principle: Why Shameless Sells (and How to Do It Right).” @jeetendrsehdev