More Than a Million March in Paris

People took to the streets Sunday in an unprecedented showing of unity following the country’s worst terrorist attacks in more than half of a century.

By Miles Socha and Jennifer Weil and Joelle Diderich and Laure Guilbault and Paulina Szmydke on January 11, 2015
View Slideshow 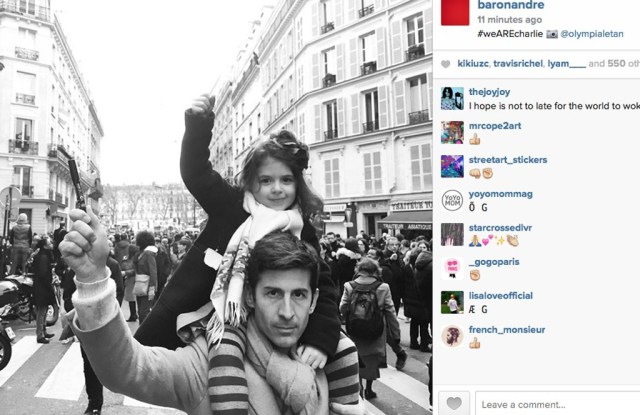 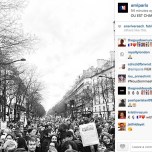 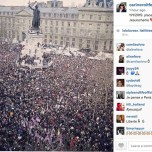 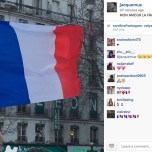 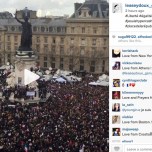 PARIS — More than one million people took to the streets here Sunday in an unprecedented showing of unity following the country’s worst terrorist attacks in more than half of a century.

Heads of state, representatives of all major religions and ordinary citizens, including many people from the fashion industry, came together for the silent march to commemorate the 17 victims of a series of terror attacks in Paris last week and to defend freedom of speech.

This story first appeared in the January 12, 2015 issue of WWD. Subscribe Today.

Demonstrators began gathering at the Place de la République before midday, hours prior to the scheduled 3 p.m. start of the march, brandishing placards bearing the slogan “Je suis Charlie” (“I am Charlie”), which has become the nation’s unofficial rallying cry since the massacre at satirical magazine Charlie Hebdo on Wednesday that left 12 dead and set off a chain of related killings.

A policewoman died on Thursday and four perished in a hostage situation at a kosher grocery store the following day. The three gunmen were also killed on Friday.

“It’s a deep trauma,” Christian Lacroix told WWD. “We were and still are all speechless with the feeling of a nightmare we’ll never wake up from, but [we] are firmly determined to keep going with our deepest, most precious and vital values.

“French freedom of expression and the legacy of creative expression are something historic, impossible to kill,” he continued. “It now spreads worldwide.”

The fashion community was well represented at the Paris rally.

“It was simple and beautiful, a magical moment,” said Simon Porte Jacquemus, who had been working with his team on the upcoming women’s collection. “We joined the march for about an hour and a half. We shuffled along, as it was so crowded.”

Jean-Charles de Castelbajac, Alexandre Mattiussi and Olympia Le-Tan were among the designers to post photographs from the event on Instagram. Léa Seydoux, Carine Roitfeld, Lou Doillon and Caroline de Maigret did, as well. And graffiti artist André Saraiva’s feed included a photo of him carrying a little girl on his shoulders, with each holding up pens — symbolizing freedom of expression.

Victoire de Castellane posted on Instagram Sunday a drawing featuring a sketch of herself that was repeated numerous times to look like women at a march.

Yaz Bukey put online an image from a rally in front of the French Consulate in Istanbul.

“I was very sad not to be in Paris today, but very proud of the march we had in Istanbul,” the jewelry designer told WWD. “In Turkey, caricatures have always been very important tools for rights. People were very shocked here [about] this attack against freedom in a country synonymous with liberty.”

There was an outpouring of solidarity in many countries. In London, where the men’s ready-to-wear season entered in its third day on Sunday, monuments were lit in France’s tricolor, for instance.

Although there was no official police estimate of the number of participants, Socialist member of parliament François Lamy, in charge of organizing the protest, tweeted: “Fantastic France! I am told we are between 1.3 million and 1.5 million in Paris.”

Thousands of people waited patiently behind security cordons as politicians and victims’ families led the march, with the rest of the protesters only setting off around 4 p.m. By nightfall, throngs of people continued to stream along three major thoroughfares leading to Place de la Nation, about 2 miles away from Place de la République.

The crowd occasionally broke into chants of “Charlie, Charlie!” and “Liberté.” They also sang France’s national anthem, “La Marseillaise,” and spontaneously broke into rounds of applause.

On Boulevard de Bonne-Nouvelle, a major artery leading into the Place de la République, the crowd sang part of John Lennon’s “Imagine.” But mostly, it was a moment of silent reflection. People waved flags from countries including France, Italy, Canada, Brazil, Turkey and Ukraine, and pages from Charlie Hebdo were held aloft.

Even after political leaders had left, a heavy police presence remained on Place Voltaire. Gendarmes in navy uniforms brandished gleaming wooden rifles, while further down the road soldiers in camouflage toted machine guns. Police trucks lined surrounding streets, while snipers were positioned along rooftops. Officers occasionally checked some in the march, escorting them away peacefully. Meanwhile, numerous subway stations in the area were closed for safety’s sake.

Security remained at the highest levels across the Paris region, including at department stores, airports and other public venues. Thousands of extra police and military were deployed for the event. Policemen marched behind a black banner that read “Grieving police officers” in memory of their three colleagues slain in the attacks, as dozens of people lined up at windows and balconies overhead applauded them.

Charlie Hebdo is gearing up to print one million copies this week, up from its usual circulation of 60,000, with other media giving support. Work on the issue began Friday.