Having worked for Giorgio Armani, Gap and other fashion companies, the designer is working to employ and empower displaced garment workers.

By Rosemary Feitelberg on September 16, 2020

Patrick Robinson at work on Paskho.

Instead of spending his career delivering a solid dose of self-branding as many designers do, Patrick Robinson has let the work relay his story. But having recently overhauled production for his Paskho label to enlist a network of at-home makers, he is empowering displaced workers and speaking out about his company’s meaningful new mission.

Nearly three years after the high-performance eco-friendly apparel brand completed its first full year of sales, Paskho is converting its production from an environmentally sound factory in Asia to a team of makers, tailors and other technicians. The switch started July 11 and 30 to 60 at-home specialists are developing items that will be shipped in mid-October. More than 100 are expected to be on board by the end of the year and between 500 and 1,000 are expected to be part of the team sewing clothes at home or in small studios by the end of 2021.

The decision was prompted partially by the soaring unemployment rate, fashion retailer bankruptcies, factory closures and further job displacement brought on by the coronavirus crisis.

“Then quite honestly what tipped it over was watching George Floyd die [under police custody in Minneapolis.] Being a Black man, I’ve just dealt with so much inherent racism my entire life, since I was a little kid. Growing up, for example, the father of my first girlfriend came home when we were watching TV one day and threw me out of the house, while calling me every name in the world, and breaking my heart, to you just name it. Throughout my career, everything that you deal with as a Black man — going into stores and still having people follow me around, being questioned differently when you get pulled over. All of that broke me. I started saying to myself, ‘I need to do something.’”

One reason Paskho was started was to address environmental issues, and start a conversation about consumer products. “But that was like me talking out of both sides of my mouth without having a social mission without doing something that was impacting the undervalued and the underserved people,” Robinson said. “That is how I have felt at different times in my life.”

Through the years Robinson, a Parsons grad, worked at designer companies like Giorgio Armani, Paco Rabanne and Perry Ellis. He also once held the lead design job at Gap Inc., starting in 2007. His focus involves putting many of the recently unemployed fashion industry workers back to work, by having them sew Paskho items in their homes. “I keep kicking myself. Why didn’t I think of this before?” he said. “It truly was the personal feeling in my life of being that undervalued, underserved person and then seeing such heartbreak out in the real world.”

After launching the community-made program in July, it has already become 25 percent of the company’s monthly revenue in two months, Robinson said. “This is a positive story that you get to tell people about the products that you buy. It is a different way of looking at consumer products, right?”

Sixty percent of Americans said they were willing to pay 10 percent more for domestically made goods, Robinson said, citing a September 2018 survey. His business model has gained interest from tech and impact investors and Robinson said he expects to wrap up $10 million in funding in the next two to three months.

He declined to comment on the company’s annual volume, or to provide sales projections.

Nearly 20 years have passed since Project Alabama’s Natalie Chanin and Enrico-Marone Cinzano unveiled their home-sewn collection that relied on a batch of Alabamans. But despite winning a National Design Award for fashion from the Smithsonian’s Cooper Hewitt Design Museum, the business never scaled up substantially. Robinson, however, is expanding “super fast” with help from tailors, technicians, patternmakers, seamstresses and other specialists in New York, Connecticut and New Jersey. The Skilled Laborers Brigade, a coalition of 500-plus apparel workers that specializes in a work-from-home model, has been instrumental in steering him to well-trained talent. 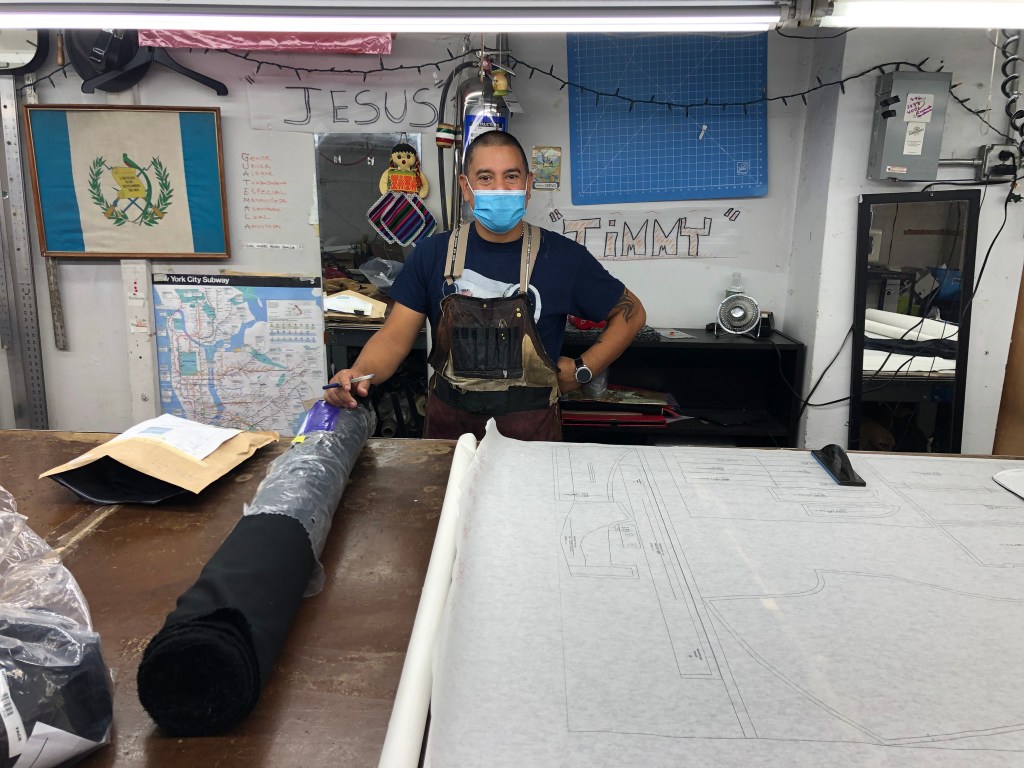 To try to humanize the production chain to consumers, Paskho plans to introduce its makers to shoppers through an app that should be released before the end of the year. Shoppers will also be able to interact with them online over time. The platform will allow all makers to be able to grade Paskho, and consumers will be able to grade the workers and the company. “In the past, if you wanted to know if I was green or if I did all the right things or if I paid people fairly, you had to ask me. I would say, ‘Oh yeah, of course I do. I’m like the best thing since peanut butter,’” said Robinson, adding that the interaction is along the lines of what Uber does.

”On our platform we’re going to take our voice out of it, and let the people, who are actually making our products, or working with us on fabrics, be the ones grading us as a company. It’s going to be unfiltered and open,” he said. “It makes sure that we’re standing up and doing the right thing. And it gives that knowledge to the consumer so the consumer knows we’re not greenwashing them, or screwing the workers. That’s going to be really powerful and at the speed that we plan to.”

While users of Uber, Lyft, DoorDash, Instacart, FreshDirect and other at-your-service apps are adept at the grading system, the practice is relatively limited in the fashion industry. Beyond shared knowledge and consumer insights, Paskho plans to spotlight its makers. “You’ve never been able to meet the maker and be part of the conversation. It’s always been the company hiding that part. We’re opening that up. That’s really the power of what we’re doing,” Robinson said.

Paskho’s innovative business model is garnering interest from local officials, business leaders and institutions in underserved communities across the U.S., including ones in upstate New York, Detroit, Alabama and South Carolina. Those parties initially thought that Paskho would be starting with a training program for makers. Not at that stage yet, Robinson said that is a “very interesting future idea.” He explained, “At this stage, there are already so many makers and workers, who are already unemployed and who have lost their livelihoods. We are starting there because that has a more immediate impact. Fairly for the company, we get these amazing craftspeople, who help to stand this business up.”

That said, initiating a training program for at-home makers is an interesting prospect for down-the-road, according to Robinson. “There is a lot of community money out there in grants and corporate discounts from states. There are a lot of things that we can figure out to train people. We’re just not at that point yet.”

Paskho is still doing some finished production with its manufacturer in Asia, but they are all made environmentally correct with all the right fabrics and other green-friendly requirements. As the amount of goods produced by at-home production continues to increase, the overseas manufacturing will decrease. Midway through next year, more than 50 percent of Paskho’s goods will be community-made and by the end of 2021 everything will be community-made, Robinson said.

Ensuring that the network of workers is creating items that meet the brand’s standards for quality comes down to giving each individual a sense of ownership of their particular expertise, as well as equity in the company, Robinson said. Working with the Skilled Laborers Brigade has enabled Paskho to enlist “the top-end,” a cadre of people who have been making clothes their entire lives whether that be in factories, on Broadway as costume makers or tailors displaced from shuttered design studios, Robinson said. The nonprofit will continue to steer Paskho to the right talent as its maker movement expands.

Paying makers a fair and livable salary is another imperative, with Paskho offering $25 to $30 an hour. In 2017, tailors, dressmakers and sewers nationwide earned an average hourly wage of $15.48 and $32,150 annually, according to the U.S. Bureau of Labor Statistics.

Acknowledging the wealth of knowledge that exists — Data USA pegs the number of tailors, dressmakers and sewers at 53,000 — but being able to guarantee work for the makers was essential, he said.

As the program is rolled out across the country, there are plans to get close to candidates to understand their capabilities and to run a test group to make sure they can handle the assigned work. In turn, “once they’re up to speed, you’re almost guaranteed that quality that you want,” Robinson said. “The beautiful part about it is there is a different mechanism than the traditional factory setting. Sometimes someone can’t do button holes, interesting pocket detailing or certain ruffles so products do move around from person to person. But we’re using interesting ways to track things with technology and we’re automating a lot of it.”

All in all, “by giving ownership to every person, we’re guaranteeing that they want to give the best work that they possibly can. They see this as a bigger value to them over the long term,” Robinson said. 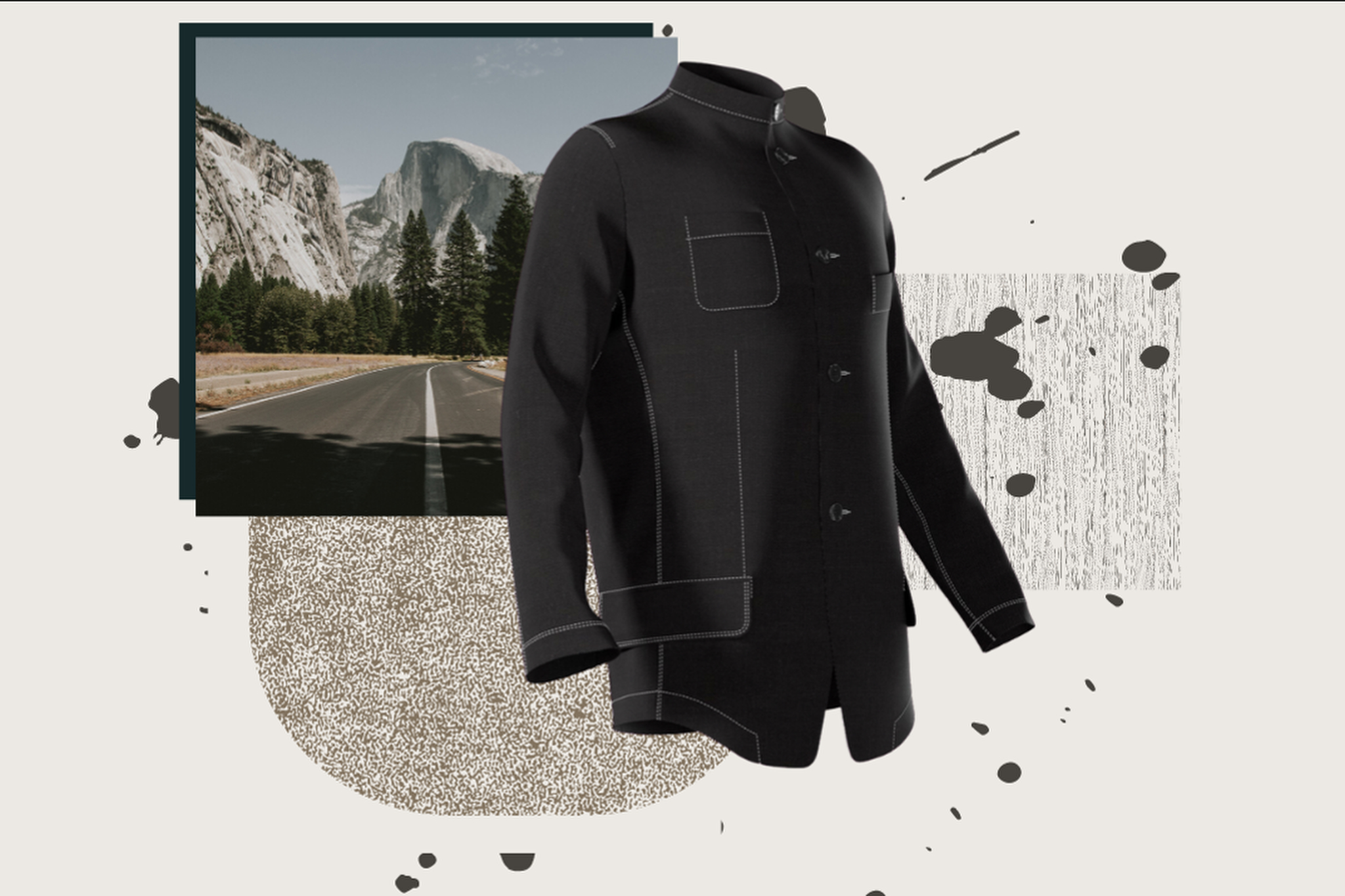 Robinson also works as a mentor for The Designers Hub, a group that is helping to accelerate the careers of less established designers of color. Having expressed skepticism about how long the interest and seeming commitment to the Black movement and racial equality by corporations will last, Robinson said wariness remains even in relation to his company.

”Overall, I’m always hesitant to say something is solved when it’s been a problem my entire life, from the Sixties forward. I think America has seen we have a lot of race issues. We have a lot of racism and a lot of racism that people don’t even realize they are participating in. That is a wake-up call. That is where the word ‘privileged’ comes from. People were having conversations that they didn’t realize what was going on, because so much of what is going on is hidden. That’s why the more we see, the more shocked we are,” Robinson said. “Do I think it’s still happening? Of course. It’s still harder for me to raise money. Even with as much as I’ve done in this industry, it’s still harder for me as a Black man to raise money. Or if I was a woman of any color — those are facts. Black men are lower than women, Black women are lower than even that [in terms of securing investors]. Do I feel that? Yeah…I hope people give me a second shot. They’ve been looking at people, who look like them long enough and funding them faster than a Black-owned business. That’s why you see so many people now changing course and at least giving it a second thought.”

He continued, “We’re not asking for handouts or charity. Fairness would be nice to have. Do I think that’s been there? Hell no. But it’s more and more. I hope that continues on the right path. Do I have faith that it will continue on the right path right now? No. It hasn’t done that in the last 100 years, so something bigger might have to shift, because it is still hard being a Black man in this world and in this country.”