HONG KONG – There have been a raft of retail changes at Paul & Shark, with more set to come.

Over the past year, the Italian sportswear company’s chief executive officer Andrea Dini has been busy revamping and opening locations in major markets around the globe.

This past week, he arrived at Singapore’s Marina Bay Sands hotel to unveil a 2,200-square-foot boutique, marking the first reveal after Paul & Shark’s business was taken back in Asia from its former distribution partner Imaginex. The executive, who is a third-generation member of the company’s founding family, talked strategy with WWD.

He said Paul & Shark’s retail landscape is ever-evolving with renovations in many of its more than 250 stores worldwide and boutique openings.

Aesthetic changes to the stores to achieve a more modern look — in the new Singapore store, for instance, stainless-steel fixtures are mixed with the signature Paul & Shark blue — are a fundamental step in evolving with the brand’s customer, Dini explained. The label’s main consumer has historically been 35- to 55 year-old businessmen, but their codes of dressing have changed to be less structured and formal, and with that trend the executive hopes Paul & Shark will lure people up to a decade younger.

Already in April, the company unveiled its first flagship in London, a market that is “growing nicely,” said Dini. The brand’s Milan store is to be renovated for two months later this year, when it will remain shut, and its Paris store, on Rue Saint Honoré is to be moved further down the street to a bigger space.

“A hundred meters can make a big difference,” he said, of the new address.

In terms of door count, while Paul & Shark’s 60 store locations in China have recently been trimmed to 50, Dini expects to grow that number to 70 soon with the addition of some prime locations.

After the retail renovations are complete in key cities worldwide, Dini’s strategy is to open a spate of resort doors, including in Cannes, France and Italy’s Portofino and Capri. These will be small stores, Dini said, but paramount for the brand’s image.

However, as a privately owned and vertically integrated company, the executive expects to keep Paul & Shark’s door count steady.

Operating in 73 countries, the label generated revenue of more than 150 million euros, or $163 million at average exchange, last year. Europe represented more than 50 percent of sales, with the U.K., Germany and Spain constituting the top markets. Asia made 25 percent of revenues.

“The goal is to grow in a sustainable way,” Dini said. “We produce internally, and even if sales are always more than welcome, we have to be careful, as we might not support the growing in terms of production.”

With its roots in sportswear — a category birthed in the U.S. — that country is naturally one Paul & Shark sets out to conquer. The U.S. accounts for 3 percent of the group’s wholesale business, but Dini wants to grow that to a 10 percent share in the next five years, relying on a recent distribution partnership agreement with M5.

That said, there are no plans to expand aggressively countrywide. On the retail side, Paul & Shark has a leasing agent looking for a space in New York’s SoHo, where it hopes to open by early 2018. But beyond that, Dini wants to take it slow.

While there have been multiple closures of large retailers’ stores, rents have yet to fully reflect that in the U.S. Dini said he is happy to wait a few years until rents adjust downward and, in the meantime, has the rest of Europe and Asia to build out. 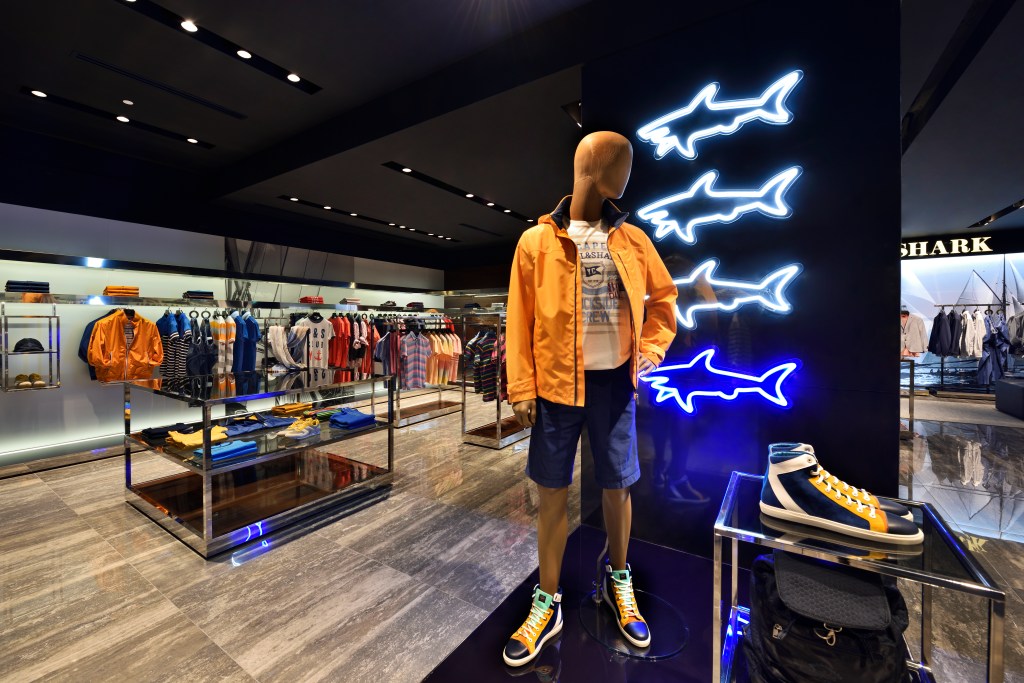