According to PwC, 90 percent of the county's Millennial and Gen Z customers would pay a premium price to purchase ethical products.

MILAN — What the new generations want? This seems one of the most pressing questions circulating in the fashion industry, as Millennial and Gen Z international consumers represent 64 percent of the global population.

During the 24th edition of the Pambianco Fashion Summit, held at the Milan’s Bourse on Wednesday, Erika Andreetta, partner at consulting firm PwC, tried to answer the question, putting the focus on the habits of more than 2,000 Italian young people — 68 percent of them Millennials and the remaining Gen Z members.

Fifty-three percent of Italian Millennials and Gen Z customers who shopped online within the last year said to be satisfied by the experience. What disappointed the others? In particular, a lack of quality in the products, long delivery times, damaged items and too few pick-up points.

Personal and planetary health is a big concern for 28 percent of Millennials and 41 percent of Gen Z consumers. For them, the sustainability of a product and its traceability are important drivers. In particular, 29 percent of them look for eco-friendly products; 25 percent of them want to buy the items of companies promoting sustainable practices, and 24 percent expect traceable designs.

But how do these green activists find the right information on products and companies? While in the past labels with QR codes served as the major source of detailed information, now social media come first when it’s about sharing details about sustainable materials and practices.

In exchange, a high percentage of Millennials and Gen Z consumers are fine with sharing information about themselves and their habits with companies to obtain small benefits, customized offering, omnichannel services and geo-localized promotions.

Made in Italy also emerged as a key driver for the new generations of Italian shoppers. In particular, 35 percent of Millennials look for products which are Made in Italy, as a guarantee of a certain level of quality.

At the same time, three out 10 Italian young consumers said to be open to use sharing services, also when it comes to more personal items, including fashion and jewelry, while about 90 percent of them are interested in secondhand items, which according to Andreetta, in 2021 will be valued at 36 billion euros. 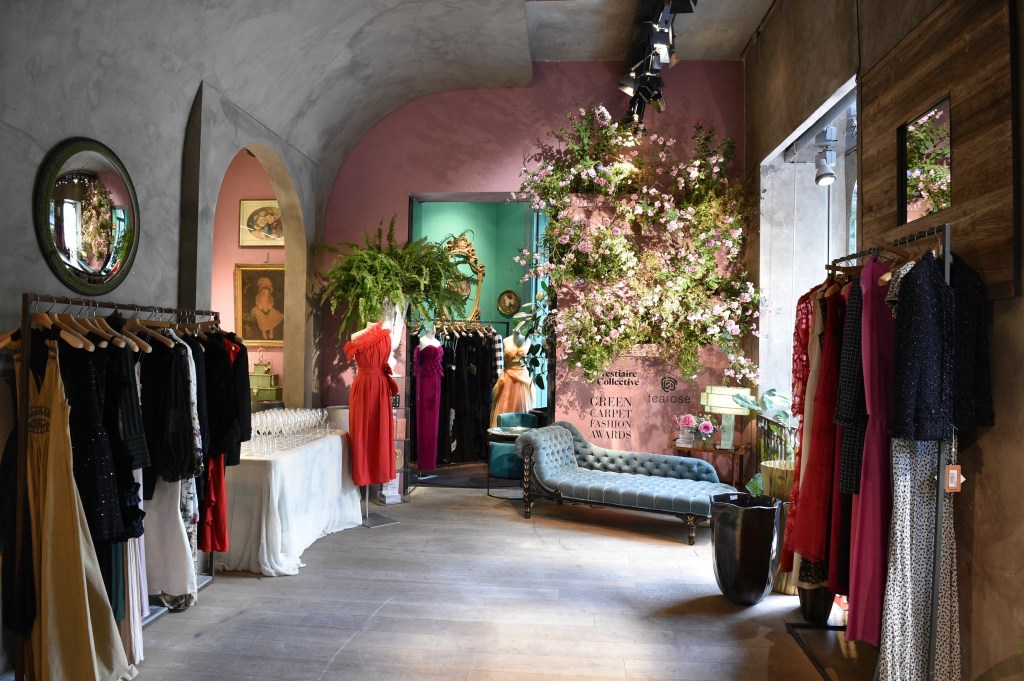 As highlighted by a report introduced by Deutsche Bank head of global luxury research Francesca Di Pasquantonio, in 2018 the international secondhand market generated 22 billion euros and 25 percent of its revenues were generated online. She also highlighted that mature markets, such as France and Japan, are the leading players in the secondhand business across all categories. At the same time, data provided by Deutsche Bank put the focus on the fact that Japan is the country least active in the world of rental services, which are particularly appreciated in China, a market where uniqueness and novelty are the main purchasing drivers.

Chinese customers actually lead the pack of the tax-free travelers visiting Italy every year. In particular, research conducted by Planet, a global provider of payment services, highlighted that 76 percent of the Chinese tourists shopping tax-free in Florence and Rome are Millennials, including the 58 percent of those making purchases at Italian outlets. Outlets actually emerged as the second favored destination of international shoppers visiting Italy, after Milan. Chinese tourists don’t travel only to Europe to make their purchases. In the case of Italian outerwear company Herno — which according to president and chief executive officer Claudio Marenzi is expected to generate revenues of 125 million euros in 2020 — South Korea is an important market to reach Chinese consumers, as well. Herno, which does 70 percent of its business outside of Italy, is not present in China, a country that Marenzi defined as “blocked, because of the lack of shopping streets. There, everything happens in the malls and the first two floors of them are entirely controlled by major brands.” At the same time, e-commerce is not a reality yet for the outerwear company, which doesn’t operate an online store.

The situation is diametrically opposite for multibrand retailer LuisaViaRoma, which generates 95 percent of its revenues online. According to LuisaViaRoma ceo Andrea Panconesi, while in the past the U.S. was the first market for the retailer, Italy recently took the lead thanks to a strategy based on big events. “New generations take into consideration important values, they want to behave well for themselves and they want to do good to others,” he said, referring to LuisaViaRoma collaboration with both UNICEF and Natalia Vodianova’s Naked Heart Foundation on the organization of charity gala events. “Taking some risks, after these major events we organized, we increased our purchases 40 percent and in the past three months our sales grew 70 percent.” Despite the supremacy of its online business, that will be expanded with the introduction of the food category, LuisaViaRoma, which in 2018 registered revenues of 121 million euros with a negative EBIDTA of 3 million euros, has just opened its second physical store at a new luxury shopping mall in Riyadh, Saudi Arabia. 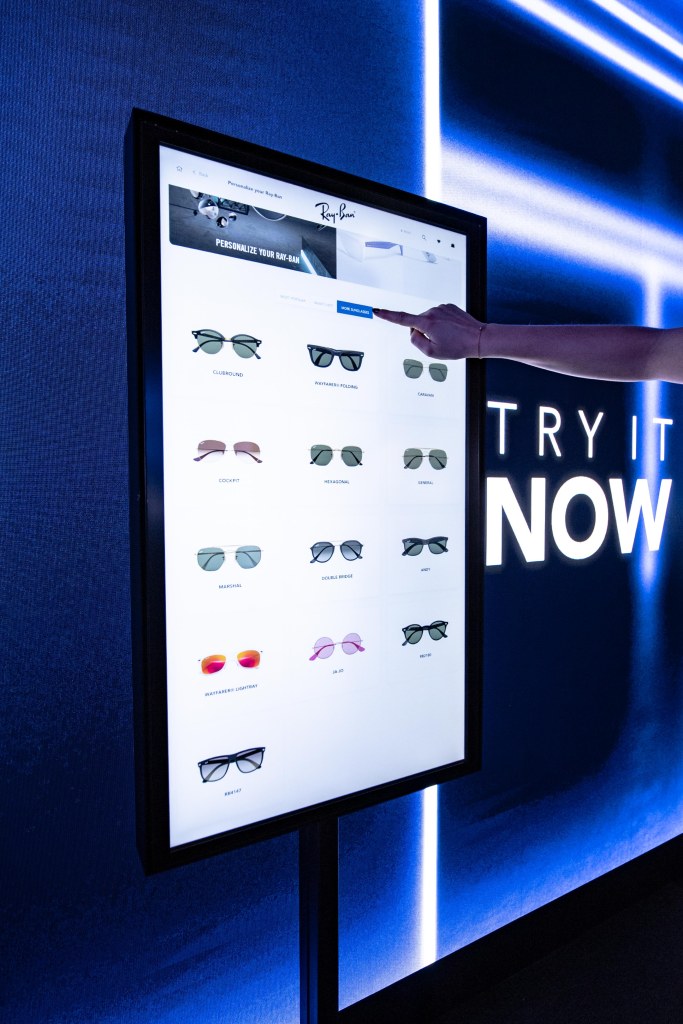 Furla is going through the second phase of its e-commerce adventure, which, according to the company’s ceo Alberto Camerlengo, with the introduction of a new platform saw online sales spike 50 percent. While Italian department store Rinascente is debuting in the first quarter of 2020 its omnichannel business, including the online store. As explained Stefano Della Valle, chief operating officer of the European unit of Rinascente’s parent company Central Group, the main goal of the company’s omnichannel strategy is serving Italian consumers, both those who live in cities where Rinascente doesn’t operate a store and those who despite having access to a physical shop want to shop a wider catalogue. “In a second phase, we plan to extend this to Europe, and eventually to China,” Della Valle said.

While offering final customers a high-end omnichannel experience is one of the main goals of the company, the Luxottica Group has also used digital to introduce a new business-to-business strategy. “We found a way to sell products before producing them,” explained Luxottica Group wholesale president Paolo Alberti, highlighting how the company managed to use technology to create digital designs showcased to retailers. “Even if today we sell 10 percent of our frames this way, in 10 years, we will be able to present the first fully digital collection,” he added.

Creating an Italian group exalting the excellence of national companies is the goal of Marco Marchi, founder of contemporary label Liu Jo. The entrepreneur, who in the past months expressed an interest in acquiring the Blumarine brand, operating in Liu Jo’s same Capri productive district, said he recently created a holding called Eccellenze Italiane finalized at operating acquisition in the country. The first transaction of the new entity was announced on Tuesday, when Marchi revealed he acquired 15 percent of Italian retailer Coin SpA.