With P&G’s Arnold’s Adieu, Speculation About Next CEO

There’s one less name in the running for the top job at Procter & Gamble Co. Susan Arnold has vacated her management post.

By Molly Prior and Faye Brookman and Pete Born on March 9, 2009
View Slideshow 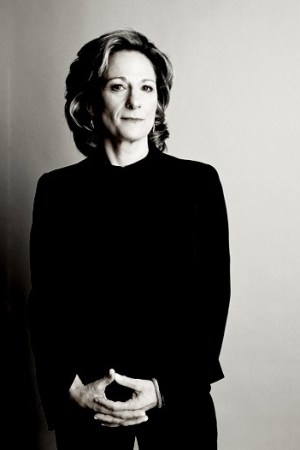 There’s one less name in the running for the top job at Procter & Gamble Co. Susan Arnold has vacated her management post and is ready for hire once she officially retires from P&G, where she began her career 29 years ago.

On Monday, the consumer products giant said Arnold — the firm’s highest-ranking female and among its most high-profile executives — had stepped down from her role as president of global business units, and plans to retire on Sept. 1.

Until her departure, P&G said Arnold will continue to serve in a special assignment, working with chairman and chief executive officer A.G. Lafley on long-term strategy. According to the firm’s proxy statement for the year ended Oct. 14, Arnold’s total compensation in 2008 was $6.7 million, including $1 million in salary, $1.5 million in bonuses and a $3.7 million grant “reflecting her experience and leadership in her current position and the overall performance of the company’s global business units.”

The company also said it had been Arnold’s intention to step down on her 55th birthday, which she celebrated on Sunday. If that were the case, P&G kept it a well guarded secret — Caris & Co. analyst Linda Bolton Weiser noted in a research report released Monday afternoon that Arnold’s intention to retire at 55 “was never publicly disclosed to our knowledge.”

Arnold’s post will not be filled, and the three vice chairs of P&G global business units who reported to her will now report to Lafley, “reducing a layer of management as part of the company’s ongoing simplification effort,” the firm stated. Neither Lafley nor Arnold were available for comment Monday.

Wall Street analysts have long considered Arnold and Robert McDonald, 55, P&G’s chief operating officer, as the two leading candidates for the ceo spot. Analysts said her abrupt departure seems to clear the way for McDonald to take over as ceo once Lafley, 61, decides to retire, a suggestion Lafley frequently dismisses. Asked by an analyst about his retirement plans at the firm’s analyst meeting in December, Lafley said, “We have a great team and a great business. We’re going to stay together. We have a lot left to do.” He added, “We have a ton of opportunity in this industry. I think there is tremendous upside, and I want to be part of it.”

P&G has not unveiled a succession time line, but many industry watchers and analysts have speculated Lafley plans to retire by 65 — within three and a half years. According to a P&G spokeswoman, the company does not have a mandatory retirement age, but “senior executives with enterprise-wide responsibilities” are expected not to stay on the job beyond 65 unless given the board’s approval.

Arnold’s departure from that management team has raised some eyebrows, given both P&G and the industry credit her as the architect of the company’s beauty strategy for at least the last decade. Under her stewardship, P&G’s beauty business has nearly tripled in size from about $7 billion in 1999 to $20 billion today. That growth catapulted the company from being mainly a maker of Tide, Pampers and other household products to one of the two leaders of the beauty industry, locked in a battle with L’Oréal.

When Arnold became president of P&G’s personal beauty care business 10 years ago, P&G had only one billion-dollar beauty brand, Pantene. Currently, there are eight billion-dollar brands in the beauty and grooming portfolio.

Unlike her predecessors, Arnold was an unusually visible top-tier executive who frequently spoke at P&G’s annual meetings, conferences hosted by financial firms and beauty events, including CEW panels and the WWD Beauty CEO Summit, where she was a keynote speaker in 2006.

Arnold also immersed herself in the retail world, forming strong relationships with mass merchants in particular. Several retailers said they were surprised by the news of her upcoming departure. They had not heard of her plans to retire at 55 and said they thought her imprint on P&G has been positive. “After hearing her speak at the Beauty Summit a few years ago, I thought she wanted to take over the world,” said one drugstore retailer.

Over the years, her message to retailers and to the financial community has been consistent: rather than talk at consumers, listen to them and respond to their needs.

For instance, as early as 2002, Arnold talked about the need to improve the at-home hair coloring experience, which was notoriously messy, time consuming and unpleasant. Last year, P&G introduced, Nice ’n Easy Perfect 10, a game-changing product that addressed many negative home hair coloring traits with a formula that worked in 10 minutes.

“She has totally reshaped beauty at P&G,” said Jill Scalamandre, chief marketing officer of Chrysallis, a portfolio company of private equity firm Catterton Partners, which sold the Frédéric Fekkai hair care brand to P&G last year. Referring to Arnold’s stamp on the Olay and Cover Girl brands in particular, Scalamandre said, “She has brought beauty to the forefront of P&G’s portfolio. She has worked diligently all her career and the results have shown that.”

With a replacement team, led by Ed Shirley, vice chair, global beauty & grooming, in place, Arnold may have felt that now was the right time to step away, and perhaps find a top job at another firm, suggested industry watchers. There have been unconfirmed reports that her résumé has been circulated among top recruiting firms in the past year.

That said, Wall Street seemed unfazed by the news — P&G shares closed Monday at $44.18, down $1.53 or 3.4 percent — particularly because, over the last 18 months, Arnold has increasingly moved away from the beauty business to more ancillary functions. For example, Arnold, who also served as the firm’s executive sponsor of sustainability, presented the company’s annual sustainability report at the company’s analysts’ meeting in December. To some, the additional role suggested Arnold was being wedged out of the executive ranks.

Others speculated that at P&G, a company known for mitigating risk at every turn, behind each key executive post the ranks are deep, and the loss of one person — regardless of his or her talent and ability — is not going to rock the company’s stock price.

“P&G is so big that one person cannot really change the way this business operates,” said William Schmitz, an analyst with Deutsche Bank. He nodded to Arnold’s success, saying, “Olay is her biggest legacy. It’s her crown achievement.” Schmitz also nodded to her successor, Shirley, who rose through the ranks at Gillette, which was acquired by P&G in 2005 for $57 billion. “Ed Shirley was great at Gillette. He has a great track record,” said Schmitz.

Under Arnold’s tenure, P&G also has meaningfully built its prestige beauty business. The fine fragrance division, based in Geneva, has become an industry force, particularly behind its steamroller acquisition of Dolce & Gabbana as a fragrance and cosmetics licensee. “They are at the right place at the right time and everybody is trying to play to that strength,” said Karen Grant, vice president and global industry analyst of The NPD Group, referring to P&G’s position in the prestige market, principally its powerhouse collection of fragrances and the SK-II premium skin care brand.

Acknowledging the entire fragrance business has been struggling for the last few years, Grant said that contrary to the trend, the high-priced category, designer juices over $75, has showed significant growth, even in recession-plagued 2008. P&G has a handful of robust brands in that successful end of the market, including Dolce & Gabbana and Gucci.

Similarly, SK-II inhabits the end of the skin care market that has shown the most growth. “It’s not growing as fast,” she said, “but it was still up in 2008.”

Given Arnold’s much chronicled success at P&G, few anticipate she will fade from the limelight for long. But, perhaps she’ll take a different approach. During a CEW-sponsored question-and-answer session last May, Chrysallis’ Scalamandre asked Arnold what her moment of truth was, a question P&G routinely asks customers of their first impression of a product. Arnold changed it up a bit and explained instead her “true moment of insight,” recalling how soon after her first son was born, her father died. The proximity of such a splendid event to an immeasurable loss taught her that despite having a great career, “people, life’s journey, family and friends are what matter most.”

She said, “I was always turned just a little bit tight. [After that], I got better.”