How the digitally native Southeast Asian company is experimenting with store pickups and why it believes it will transform retail.

With its Millennial-focused affordable apparel and frequent drops, six-year-old, fast-fashion start-up Pomelo may look to some like just an Asian version of Zara or Topshop. But peel back the curtain to the business and there’s quite a different operation ticking behind this company, which has gained the backing of retail juggernauts like JD.com and Thailand’s Central Group.

The digitally native brand was born in Bangkok as the brainchild of David Jou and Casey Liang and now has more than 350 employees. While for its first few years it operated as a pure online player, since August it has been expanding offline, working on what it hopes to be a true omnichannel solution in the fashion space.

In its home turf of Bangkok, Pomelo has rolled out 10 retail locations, seven of those as standard stores. However, three are what the company calls “Pomelo Pick Up” locations. The latter are smaller spaces, which only showcase that week’s new arrivals, and more importantly, allow customers a location to try on clothes they’ve already browsed and selected online, before making their final purchase decision.

The pickup format is in the midst of being rolled out to the six countries Pomelo has a direct presence in. Aside from Thailand, Singapore is next with a store on Orchard Road, which opened June 12. Then there are plans for the omnichannel concept to hit Malaysia, the Philippines, Hong Kong and Indonesia. WWD talked to Pomelo chief executive officer Jou, who cofounded the brand with Liang, to understand why they believe flipping the showroom model on its head is the key to retail disruption. 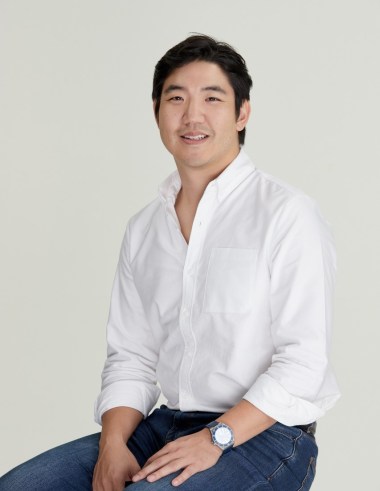 WWD: What was the realization that gave birth to Pomelo?

David Jou:. I was working at Lazada [the e-commerce company] as one of the cofounders and was there for a year and a half. I saw that the rate at which mobile, digital, and e-commerce were being adopted in Southeast Asia was just spectacular. Really kind of what China has gone through, Southeast Asia is at the beginning of and that was really cool for me to see. The most recent Google and Temasek research — they had the digital economy growing almost 15 times over the span of 10 years.

So the idea was, let’s do a digitally native, vertical brand targeting the trendy fashion space. The most important thing is we’re going to empower some of these amazing creatives that are in Southeast Asia. There really wasn’t a homegrown brand here that can absorb and develop talent in a way that all these major brands in the U.S. and Europe can.

We were going to build a global brand born in Asia, specifically with Southeast Asia as our home court. And we’re going to be digital from Day One, whether it’s our design process, what we look for in terms of inspiration, or the way we manage our supply chain with users and our app. It has the digital economy in mind.

This is a massive opportunity — it’s a $200 billion market. If you look at Zara, H&M, Topshop, in some ways they’re kind of stuck. They have been operating the same way for years.

WWD: How is Pomelo different from companies like Zara, H&M, or Asos?

D.J.: The point is, the product might be similar but the DNA is different. We start with the customer, with technology and with digital. Our competitors start with their brand, then they focus on the offline experience and marketing is the primary way of reaching their customers.

The speed and approach is close to a Zara or Mango. When it comes to the breadth and assortment and availability, it’s going to be a lot more like Asos, with a ton of products, which is not possible if you’re a traditional brick-and-mortar brand.

Our sku’s are over 6,000, and if including sizes, then more than 35,000. I think we’re getting pretty close to getting bigger than H&M [in that metric]. But ultimately, I think we’re charting our own path with our pickup model.

Also, we use Asian faces for 70 percent of our content and creative. When we do the fittings, we’re thinking about what’s the body shape of our typical customer in Bangkok or in Hong Kong.

We don’t follow international trends. We look at what are people into here, what social media influencers in Hong Kong, Korea, Thailand are into right now and come up with new stuff and appeal to that. There’s also the way we do the marketing. We’re not going to stop using Asian faces and Asian models even if we go into Europe. Zara is going to be 80 to 90 percent Western faces and use only one or two Asian models.

WWD: You started out as a pure online player. Why expand offline?

The reason pure online doesn’t really work comes back to one thing: fit. You can have a great return policy but the numbers are telling a different story. For most companies, returns are 30 to 40 percent of all sales and even if it’s a super simple process, it’s still a hassle. If you ask people what’s the biggest thing keeping them from buying online? It’s ‘I’m not sure if it’s going to fit and if it doesn’t fit, I don’t want to deal with the hassle of returns.’

With the traditional brick-and-mortar model, you may go into the biggest Zara and it’s 20,000 square feet but even that store is something going to be somehow limited. It’s never going to have 100 percent of the Zara portfolio, just because stores are limited in size. It’s a fact of life. This is not criticism.

That’s why a lot of the traditional guys, companies like H&M and Zara are going bigger and bigger [with their stores]. Lifestyle features may be a part of that but 90 percent of the store is still all about selling. For the most part, it’s a store and they’re trying to put as much merchandise in as possible.

What the Pomelo solution is: browse, get inspired online — and the mobile app is the best for that — look at the entire online catalogue but also have the ability to try on before and pick up. If you’re online with an unlimited catalogue of products, you’re only limited by the time your user has to check out the app and browse through the products. 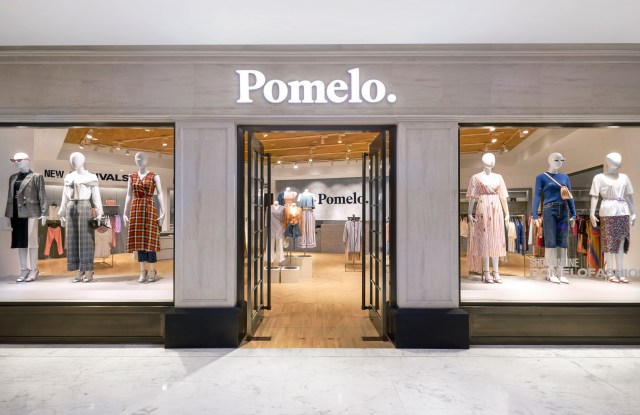 Pomelo store at the Emquartier mall in Bangkok.  Courtesy

WWD: Can you explain more about your approach to retail with your store pickup?

D.J.: We have store locations all across Bangkok at the moment, and next we’ll go to Singapore. Customers can order anything they like to a pickup location and it’ll be ready for them as early as the same day or next day, depending on where. You go in and they’ll scan your app, and all the items you want to try on in various sizes and a fitting room. That experience takes around 15 minutes.

The Bonobos and Warby Parker setup is a typical showrooming model. They show a catalogue of products and they will send it from a commerce warehouse to your home or office.

We think that, for our model, the reverse is right. You want to look through thousands of products when you’re shopping for fashion. Especially apparel, you want variety, and that’s best done in app. You want to be able to try on different colors and most of the guide shops only carry a version of what they serve online. It’s not going to work for fashion.

For people who make an online purchase and have it delivered to their home or office, returns are anywhere between 15 percent, and I’ve seen as high as 50 percent in the market. For us, it’s almost zero, once you go try it on, you’re walking out happy about every single item you’ve bought.

We’re going to roll out our pickup locations across Southeast Asia so that’s really exciting, Singapore is next. We’ll also be rolling it out in Indonesia, Philippines, Malaysia and Hong Kong.

D.J.:  Beauty is a logical extension of expressing one’s sense of style. Especially in Asia, we see a lot of products focused on whitening. With Beet, we wanted to take a more natural approach to beauty and wanted to think about a sustainable production and sourcing to create great product and do it in a more fluid way.

The first collection is around liquid blush, lips, and shimmer and that’s a great start. That’s really based on what our users said they wanted to see. The line is developed really as a conversation with our customers. 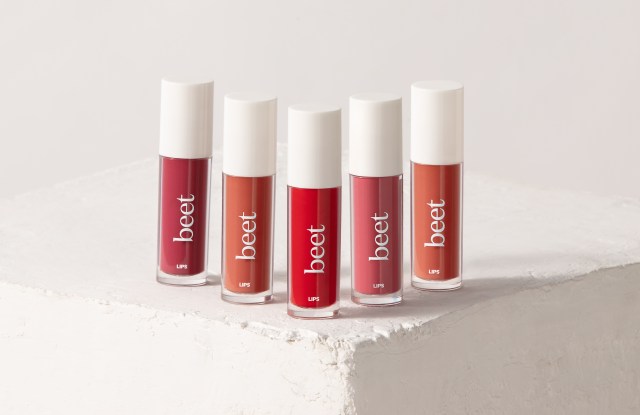 WWD: Who are your customers then?

D.J.:  There are three key groups. There’s what we call the “too cool for school” segment, so that’s people in high school or college. The second one is “weekday warrior,” so females in their first or second job, either working traditional office jobs or in the creative sector. The third are “yummies,” or young urban mummies. They’re short on time and super busy with their young families, but the key thing is they all love fashion. Many of them are mobile-first. Eighty percent of our transactions are coming in through the app. The average basket is $70.

WWD: What kind of taste differences do you see across the countries you operate in?

D.J.: We do see some differences but I think a lot of the trends are similar. I think there are certain silhouettes in markets like Indonesia, where you have to be a little bit more mindful of longer sleeve lengths. Thais generally have a propensity for brighter colors and more feminine styles. Singapore is definitely a lot more of a minimal vibe, sleek silhouettes, a little bit more fitted and tailored. There’s more navy, black and white, more professional wear. Indonesia is a little bit more on the street side, a lot of denim, graphic T-shirts, that kind of vibe. Every country has its own particularity.

WWD: Can you give us an idea of how your global sales break down?

D.J.: Thailand is a little bit bigger than the others. It’s about half of our sales, and Singapore and Indonesia are our second and third biggest markets. The rest are kind of evenly split thereafter.

D.J.: We are a traditional venture capital-backed business. We’ve done three rounds of funding and raised about $45 million of capital to date. Some of our notable investors include JD.com, Central Group, Zozotown, as well as a variety of other investors.

D.J.:  We can’t disclose revenue at the moment. We are profitable in Thailand and in Singapore. As a group, we are pretty close to full profitability and we should be there in the next 12 months.