Sourcing executives said suppliers will need to get bigger or develop a specialized expertise in order to survive. 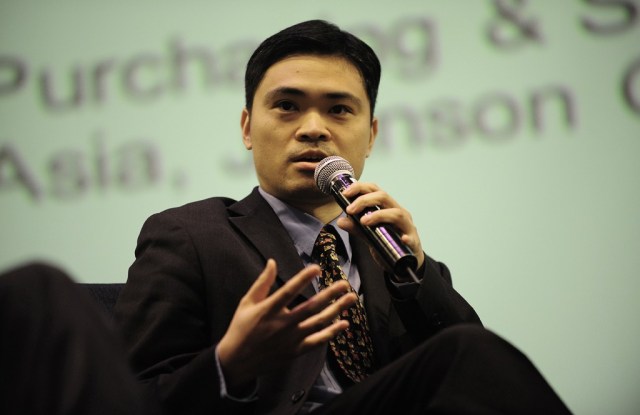 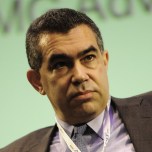 HONG KONG — Accessories and footwear suppliers are headed for some major consolidation.

Sourcing executives speaking at the Prime Source Forum, which changed venues this year from the Wan Chai Convention Centre to the Sheraton Hotel in Kowloon, said suppliers will need to get bigger or develop a specialized expertise in order to survive.

The coming consolidation among small- and medium-sized suppliers comes after a wave of contraction among buyers in the last five years. As buyers have become bigger and more powerful, their expectations have also increased. Buyers now expect more front-end work in Asia, not just manufacturing but design and inventory management. Some suppliers even act as bankers to buyers, giving letters of credit, Shay said.

To be able to offer all these services or compete with those who do, suppliers need to get larger, executives agreed. Ben Simpfendorfer, managing director at Silk Road Associates, observed that many sourcing companies he’s talked with are trying to reduce the number of suppliers with which they work.

Difficult market conditions are providing an impetus to consolidate, executives said. Since the Nineties, consumer spending trends in Europe and North America have become more unpredictable. Meanwhile, costs have been on the rise, squeezing suppliers’ margins. Simpfendorfer noted that even though China’s Purchasing Managers Index has shown improvement, the PMI index for small and medium-sized business has been collapsing.

“You will see that consolidation,” he added. “It’s key to be looking for those firms that will survive.”

Automation, which has long eluded the industry, may finally become more realistic once suppliers become larger. Some executives noted that suppliers have bought equipment but that it often isn’t utilized because the factories can’t figure out how to use it.

“It would be encouraging to see consolidation in the industry,” he said. “It would make automation perhaps a little less challenging. The large firms can either train up engineers or bring in engineers from overseas.”

Kenith Poon, director of purchasing and supply chain in Asia for Johnson Controls, saw opportunity for more decision making to be made in Asia. Other industries, such as finance, have moved decision makers from the West to Asia, as the Asian market becomes more important.

“I don’t see why we can’t do the same in our industry,” Poon said.

The other silver lining to consolidation in the industry will hopefully be better quality factories, said Ranjan Mahtani, owner and chief executive officer of Hong Kong-based garment manufacturer Epic Group. The recent fires in Bangladesh factories has highlighted the problem, and consumers and buyers are now more likely to demand safer, quality factories, he said.

Rising labor costs were the other major topic of discussion at the Prime Source Forum.

Executives generally agreed that China would continue to be important to apparel and accessories manufacturing for some time to come. Though Southeast Asia is often held up as a cheap alternative to China, the region doesn’t have the kind of capacity that China does. A single province in China has far bigger scale and efficiency than a whole country in Southeast Asia. As demand increases, wages will rise quickly as well, executives warned. The smaller ports in the region could prove to be a bottleneck, as well.