Luxury shoppers range from office worker women who want a branded handbag to entrepreneurs buying for their mistresses. 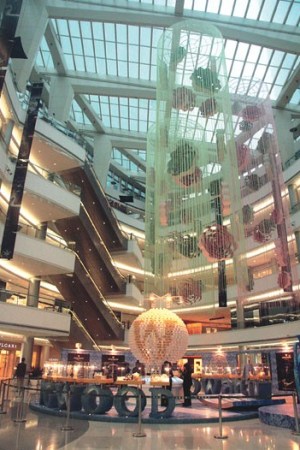 This story first appeared in the July 29, 2010 issue of WWD. Subscribe Today.

Those phrases mean mistress and third girlfriend, respectively, and are whispered on an almost daily basis by well-to-do Chinese. “With some fashion brands, we think that almost half of the sales are for mistresses,” said Rupert Hoogewerf, publisher and head researcher of the Huran Report, China’s rich list. “But this is difficult to ascertain.”

Equally difficult is defining exactly who is the consumer driving China’s supercharged luxury consumption since specifics are so hard to come by.

“The brands often say: ‘These customers are not like me. They are bling-bling. They are overnight millionaires,’” de Brabant continued. “It’s a far more sophisticated game that goes beyond the Rolex, the dark sunglasses and the souped-up Porsche.”

David Stewart, a partner in Jigsaw International, a lifestyle research agency in Shanghai, said the typical consumer profiles of other markets have no correlation in China.

“The luxury consumers in China tend to be younger than in other parts of the world. Some of them are independently wealthy. It’s very unclear where their money comes from,” he said.

Industry observers said there are several key consumer groups driving the country’s luxury goods market, which is estimated to come in at $9 billion this year, up more than 20 percent from 2009, according to China Market Research. The shoppers range from office worker women looking to snap up a branded handbag to entrepreneurs in polo shirts eager to please their mistresses.

The white-collar “aspirational” shopper is the fastest-growing group in China, according to China Market Research. In their 20s, and often not making more than $400 a month, these individuals will nonetheless save to buy a luxury bag. Ben Cavender, a researcher at China Market Research in Shanghai, predicted that going forward, this group will make up 60 to 70 percent of the overall market.

The superrich are another significant category of shoppers. Mainland China has 55,000 individuals with net assets of more than 100 million yuan, or $14.7 million, according to the Hurun Report.

“This higher-wealth group tends to be slightly older men, age 44, and over 15 percent of these men live in Beijing. They have their own company, but have made their money from property and investments,” said Hoogewerf.

Widening the net, there are 875,000 Chinese millionaires with personal assets of more than 10 million yuan, or $1.47 million. This figure includes the 55,000 superrich individuals mentioned earlier.

“A typical Chinese millionaire is a 40-year-old man who has made his money in property and investments. He owns four luxury watches, and owns at least three houses, the value of which have doubled in the last three years, and makes about four overseas trips a year, one of which is purely for leisure,” Hoogewerf said.

Cathy Hau, the deputy manager of luxury mall Times Square in Shanghai, warned it is best not to underestimate Chinese customers, especially men over 40, just because they’re dressed casually. It’s those very customers walking around in short-sleeve sport shirts and simple blue trousers with leather pouches in hand who have the most spending power. Some describe the look as tu, or peasant.

“Those superrich provincial guys have a different look. They might be coal mine owners from Shanxi or other types of businessmen,” she said.

The tradition of gift giving — whether it’s for corporate partners or paramours — is another force driving business in China.

“To get business done in China, gifting must happen in any industry. A daughter of a real estate developer in Chengdu told me that they bought 30 [Louis Vuitton] wallets and bags to give as gifts to their best clients,” Stewart of Jigsaw explained.

However, it’s important to remember that not all of these cash-rich individuals are doing their shopping at home — or even on Mainland China, for that matter. Many well-heeled Chinese still prefer to do their shopping abroad.

Jigsaw and CMR said high-level professionals who live in Beijing or Shanghai are picking international destinations for their spending sprees. Spots such as Tokyo, Paris and New York have even eclipsed Hong Kong, which used to be the most common destination, they said.

One such savvy and well-traveled consumer is Vivian Shi, a senior manager working for Glaxo-Smith Kline in Shanghai. “I prefer not to shop in China if possible,” she said. “There is not as much choice here as in Europe or Japan. When the euro is down, it’s a better value over there than the yuan. Everything is 20 to 30 percent more expensive in China.”

Shi said she found a Louis Vuitton bag in Paris that was one-third cheaper than it was in Shanghai. “A lot of my friends, they usually go to Europe because they think the price there is more reasonable,” she said.

Shanghai’s premier mall, Plaza 66, is considered the best retail location in the city, but the cash registers at many stores are relatively quiet — unless there is a sale going on. Even during an evening in mid-May when Dior was feting its refurbished flagship in the mall, foot traffic in the upper levels of the mall was very thin.

Unburdened with ringing up actual sales, store clerks are only too happy to write down item numbers and details for customers who might be purchasing abroad.

But for some, the convenience of shopping at home outweighs the hassle of traveling — even if it’s just a two-hour flight to Hong Kong.

“The prices are only about 10 to 20 percent cheaper in Hong Kong, so it’s not really worth going all the way just to buy a bag or two,” said Lily Liu, a 38-year-old general manager of an IT company whose favorite labels include Louis Vuitton, Chanel, Prada and Hermès. “I often go to Plaza 66 and take a look, especially when they send me a special sales notice.”

Cavender also stressed that consumers in second-tier cities like Chengdu and Shenyang are more likely to open their wallets on home turf.

“Stores there [in second-tier cities] are packed. People in these cities want to live the lifestyle that the first-tier cities such as Beijing and Shanghai have,” he said. “It’s not as easy for them to travel abroad. So the attitude is ‘OK, so I’ll just buy in China.’”

And, if forecasts are correct, there is no end in sight to China’s luxury boom. A survey from public relations firm Ruder Finn Asia and market research company Albatross Global Solutions found that 78 percent of those surveyed would spend as much or more on luxury goods this year as in 2009, with the cosmetics and men’s apparel sectors expected to experience significant growth. Surveyors asked Chinese consumers which brands they intend to purchase this year and the top five responses were Louis Vuitton, Chanel, Gucci, Dior and Hermès.

The report also indicated that status is less of a motivation for luxury purchases than one might have thought. As many as 65 percent of respondents said they are motivated to purchase a luxury item for “enjoyment and experience,” while 55 percent said they want to express their taste level. Status was cited by 47 percent of the individuals.

The Ruder Finn-Albatross research also highlighted how Chinese consumers are becoming more attuned to the social responsibility practices of a brand. Of respondents, 68 percent acknowledged these factors influence their luxury buying decisions.

“The Sichuan earthquake in 2008 was a turning point in China,” said Jean-Michel Dumont, chairman of Ruder Finn Asia. “Chinese consumers began to question why multinational companies were not doing more to help the victims of the earthquake, and consequently, transferred this thinking to luxury brands as well.”

• 15 percent of the superrich live in Beijing.
.
• The Chinese luxury market is expected to be worth more than $9 billion this year.

• Gift giving is a major driver of the luxury market, as are mistresses.

• 78 percent of consumers in a recent survey said they will spend as much on luxury goods this year as in 2009, according to a survey by Ruder Finn Asia and Albastross Global Solutions.

• The top five brands those surveyed expected to buy this year were Louis Vuitton, Chanel, Gucci, Dior and Hermès.