Stefan Larsson officially takes the reins from Manny Chirico in February, but he’s in charge now and steering into a more digital world.

Stefan Larsson is already in charge at PVH Corp. — now he’s going to make that official, taking the title of chief executive officer from mentor Manny Chirico on Feb. 1.

Larsson, 46, and Chirico, 63, highlighted their similarities and the continuity of a thoughtful and deliberate succession process in a joint phone interview with WWD. They also made clear that, as much as the Tommy Hilfiger and Calvin Klein parent is sticking to its knitting, the nearly $10 billion fashion giant is morphing into a leaner, more data-driven company that, at least at this moment, is focused more on making money with the brands it has instead of bringing in a third big name.

Chalk that up as another knock-one effect of the pandemic.

But Chirico made clear PVH is in good hands and he was in good spirits, joking: “I don’t know what happened this morning, I feel like this tremendous weight was taken off my back. I got up…I took a jog, life was good.” (Investors were also feeling OK about the evolution and sent shares of the company up 1.6 percent to $59.64 on Wednesday).

Larsson, who has been president at PVH for 16 months, said he was “honored and humbled to take on this role to succeed one of the few iconic leaders in this industry.”

The two have an easy rapport that has grown over the past 16 months and they both sought to amplify each other’s messages during the interview. (That stands in contrast to Larsson’s brief and rocky 18-month tenure as ceo of Ralph Lauren Corp., where he crafted a business plan that was lauded, but clashed with the company’s founder).

COVID-19 made Larsson’s onboarding less a time to let the culture of PVH gradually seep in and more a trial by fire characterized by store closures, furloughs and corporate cuts. 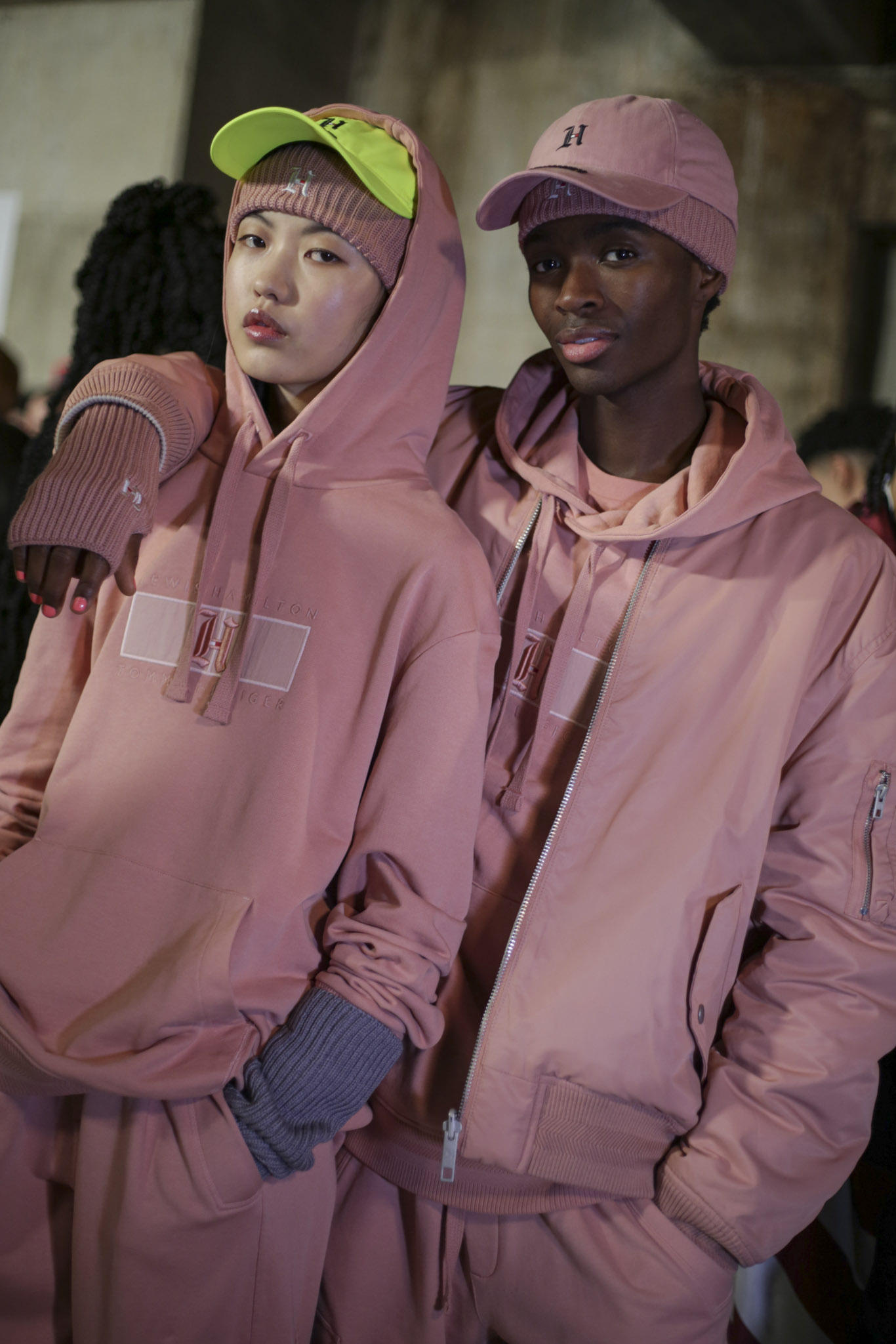 Larsson was already in charge of the company’s brands and regions when the pandemic hit and has been steadily taking on more responsibility. Over the past six months, Chirico started handing over additional corporate functions, waiting until just the last two months, when the market settled, to hand over the investor and banking relationships so key to the ceo job.

Chirico will give up his ceo title, staying on as chairman and confidante, solidifying the role they evolved into during the pandemic.

And Larsson’s PVH — shaped by upheaval and rapid consumer evolution — is coming into focus.

“When we got through the immediate COVID-19 crisis…we pivoted quickly toward an accelerated recovery,” Larsson said.

“Our focus is on supercharging e-commerce growth,” he continued, pointing to potential at home and abroad. “Manny really built PVH into a truly global company, so we are driving global growth. We are really seeing an accelerated recovery both in China and in Europe and at the same time, looking forward, we see that we have opportunities to drive a strong recovery in North America as well.”

The PVH of today was built with the help of some high-profile dealmaking, with revenues growing from just $1.4 billion before the 2003 acquisition of Calvin Klein to $9.9 billion last year. And while the company has been keeping an eye out for another big deal, the plan right now is to “focus in on our core,” Larsson said.

Still, don’t count Larsson out as a dealmaker (an expertise Chirico was so practiced at).

“Acquisitions have been a big value-driver for PVH in the past and can be again,” Larsson said.

For now, he said there’s plenty of strong points in that core business to accentuate.

“I’ve been able to really dig deep into what those strengths are and I see a clear path on how to connect those to the consumer and drive sustainable, profitable growth for many years to come,” Larsson said. “It comes back to focusing on the iconic brands with Calvin and Tommy.”

“The e-commerce opportunity is real and it’s big and while we pivoted to follow the consumer through the pandemic, we have just started to scratch the surface for the e-commerce potential of the company,” he said. “We are also building and evolving to build a data- and demand-driven platform, so the capabilities of PVH, the supply chain…the technological backbone to enable the growth of the brands and the regions.

“Winning post-COVID-19, I’m convinced you will have to, as a company, operate leaner, [be] more data-driven and [have] more speed,” Larsson said.

To get there, he is going to keep pushing himself and follow the consumer.

“As a leader, I am very focused on learning and continuously improving,” he said. “It’s been fantastic to learn from Manny. I also learn from the business. I’m a consumer- and brand-first kind of leader….The consumer has already moved forward and they won’t go back to how it was, they will only go forward and so will we and anyone who wants to win.”

In short, Larsson — like everyone else — is looking forward to getting back into growth mode.

Before his time at Ralph Lauren, he was global president of Gap Inc.’s Old Navy division, enjoying a stretch with growing revenues and profits. Prior to that he spent 15 years at Hennes & Mauritz and was part of the team that helped the fast-fashion retailer grow sales from $3 billion to $17 billion in a global expansion.

Right now, times are lean. PVH’s second-quarter revenues fell 33 percent to $1.58 billion as COVID-19 sent consumers home and the company — one of the few to even hazard a guess for the rest of the year — projected its second-half revenues will be down by about 25 percent. 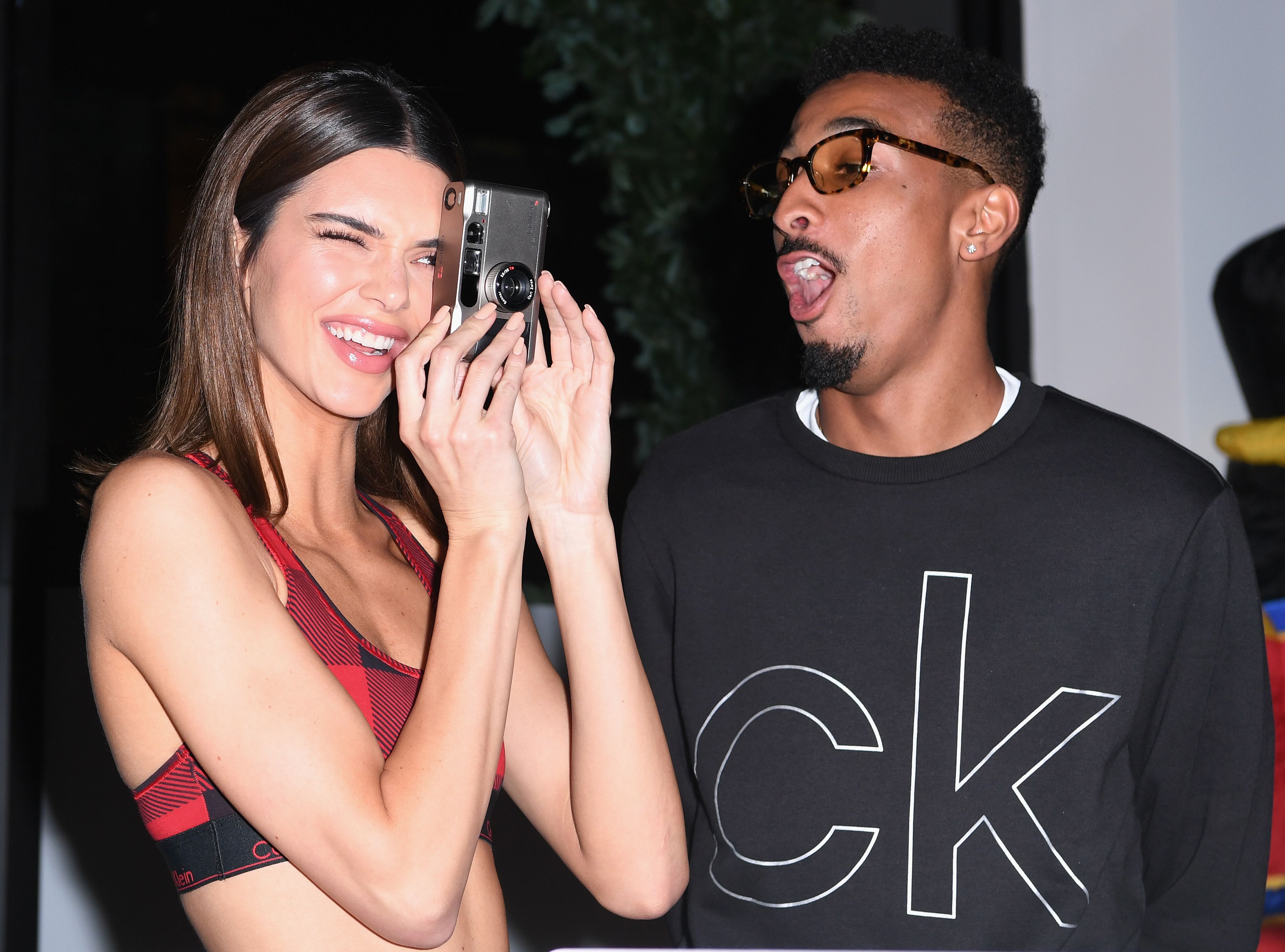 While it will be Larsson’s hand on the rudder as PVH steers a course out of the pandemic, Chirico will be very much on hand to help when needed, lending his 25 years of experience at the company, 14 of them as ceo.

Chirico said his plan was to “ride the wave” this year after a strong 2019, but that “the world hasn’t necessarily cooperated.”

“In June 2019, it was invest to grow, invest to move forward and the pandemic hit and I think that fundamentally changed, for the short term, into preserve cash, focus on the business surviving through the pandemic,” Chirico said.

The pressure is now easing up some and Chirico — ever the dealmaker — said there’s always a chance to bring in a new brand.

“The ground is shifting again and I think there will be significant opportunities going forward and if those opportunities present themselves with the right value with brands and businesses that align strategically with what we’re trying to do, we’ll be taking a hard look at it,” he said.

COVID has brought about six years of change in 12 months, he said.

“The customer is getting more and more comfortable shopping online,” he said. “You need to be a great apparel company, but you also need to be a digital company — be able to put it in bite-sized bits so you can understand what’s going on because so much information is coming at you today.”

And at PVH, that change is extending to the very top of the corporate org chart.