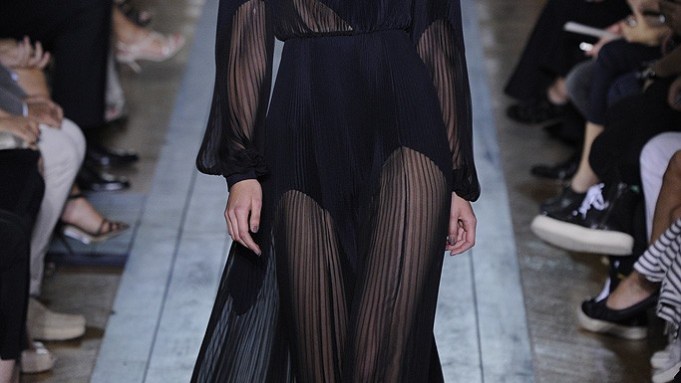 MILAN — Valentino is looking East to the oil-rich desert of Qatar to fuel its next phase. Mayhoola for Investments, an investment vehicle backed by a private investor group from the Middle Eastern monarchy, disclosed Thursday it agreed to acquire Valentino Fashion Group SpA.

Terms of the deal were not disclosed, but Milan-based sources peg the price tag at around 700 million euros, or $858 million at current exchange rates.

The agreement was inked between Mayhoola and Red & Black Lux Sarl, a company indirectly controlled by the Permira Funds in partnership with the Marzotto family.

Through the acquisition of VFG, Mayhoola will acquire 100 percent of Valentino SpA and the M Missoni license business, while MCS Marlboro Classics is being carved out from VFG and will remain under the ownership of Red & Black.

It is understood Mayhoola is controlled by the royal family of Qatar.

Red & Black will continue to also own a majority stake in Hugo Boss, which is not part of this transaction.

Permira took control of VFG with some members of the Marzotto family through Red & Black in 2007, shelling out about $3.55 billion for the group, which included a majority stake in Hugo Boss, which at the time was Permira’s prime motivation for the deal.

Valentino’s chief executive officer Stefano Sassi told WWD the brand’s shareholders were impressed by the buyers’ “level of ambition and strong desire to further develop the label. They took control not only of the brand, but also of the projects behind it.” The executive underscored the “continuous growth” of Valentino, which helped attract “strong interest” from multiple parties. “After four intense years, a new phase opens up and we are offered a chance to push forward with additional resources,” said Sassi, who will remain at the helm of the company, together with the brand’s creative directors, Maria Grazia Chiuri and Pierpaolo Piccioli.

A Mayhoola spokesman stated: “Valentino has always been a brand of unique creativity and undisputed prestige.” Mayhoola was “impressed” by the work of Chiuri, Piccioli and Sassi. “Their ability to blend the aesthetic values of the founder, Valentino Garavani, with a contemporary and sophisticated vision, has been instrumental in enhancing the brand’s relevance and establishing a platform with significant future potential. Our vision is to back management for the long term to exploit the full potential of this exciting brand. We believe Valentino is ideally suited to form the basis for a global luxury goods powerhouse.”

Sassi remarked on the “recent, very strong acceleration of interest in the company, which has evidently catalyzed the attention with several investors focused on an acquisition.”

Garavani’s longtime business partner, Giancarlo Giammetti, said he and the designer were “extremely happy and very relieved. This is a brilliant result obtained by an unquestionable prestige of the brand that we created, and equally to the work of the two designers and the ceo.” And taking a somewhat surprising shot at fashion’s more excessive inclinations, he complimented Sassi, Chiuri and Piccioli for creating “a work based on modesty, without the usual commotion such as presumption, scandals and stardom behavior…A lesson to the entire fashion world.”

Giammetti did not mince words as he added: “We wish for the Valentino company that it will be able to accomplish future projects with the resources and support that was lacking in recent years, as the company had to perform under a visionless ownership that was only interested in the bottom-line of a future sale.”

Various investment vehicles from the Arab state have been on a spending spree in luxury and retail the past few years.

Investment house Qatar Holding LLC, which was established in 2006 and invests on behalf of the State of Qatar as it is linked to the Gulf nation’s royal family, took control of Harrods for a reported $2.22 billion in 2010; it has a 1.03 percent stake in LVMH Moët Hennessy Louis Vuitton and a 5.2 percent share in Tiffany & Co. It also bought 26 percent of British supermarket J. Sainsbury in 2010. Last year, Qatar became the largest shareholder in French media group Lagardère SCA, with a 12.8 percent stake.

“This is a win-win situation for Valentino,” said Armando Branchini, deputy chairman of Milan consultancy InterCorporate. “It recognizes the management’s work over the past few years, and it’s an injection of support and confidence in Sassi and the designers.” Branchini said Qatar holding has a longer-term interest in the business, a change, he said from a private equity fund, which is always looking to cash out. Based on experience with funds controlled by Qatar, he praised their ethics. “These are investors a company such as Valentino deserved. They behave splendidly, and having seen their work with Harrods, it makes me think of this deal in a very positive way. If only there were more of these investors….There is an entrepreneurial strategy and they know the luxury sector,” he concluded.

Vittorio Missoni, who heads the family-owned business, was equally optimistic about the future of the M Missoni license and VFG. “I believe this will bring fresh oxygen to the group and consequently will also help develop M Missoni,” he said. The executive added that he never worked with Permira but only with Sassi and does not expect that to change. “It’s always been a fruitful collaboration and Sassi has really helped M Missoni grow, contributing to a clear differentiation of the brand, compared with the signature label, and making it a healthy, sound business,” explained Missoni. The label reported wholesale revenues of 53.9 million euros, or $75 million, last year.

The sale takes place as Valentino marks its 50th anniversary and its bottom line continues to improve, lifted by a rejuvenated product range and growth across all categories and regions. Valentino has been strengthening its structure and developing its retail and wholesale channels and the Web business, expanding different divisions such as men’s and accessories, and restructuring its license portfolio with new eyewear collections by Marchon and new fragrances with Puig.

In February, Valentino unveiled a new store concept, based on a Roman palazzo, on Milan’s Via Montenapoleone, the first flagship to reflect the design aesthetics of Chiuri and Piccioli, who worked with architect David Chipperfield.

The priority this year and next, as well as partly in 2014, is to revamp Valentino’s network of stores along the lines of the new concept, with investments of 30 million euros, or $39.7 million, in 2012, and the same figure the following year for redoing existing stores and opening new ones.

Over the next three years, the company plans to unveil 40 to 50 stores in new markets, such as Brazil, and Sassi sees continuing opportunities in China, where there are already 20 stores. A unit opened in Beijing in December.

The store on New York’s Madison Avenue is the next in line to be revamped and will reopen this year.

It also marks the fifth change in ownership for Valentino.

In 1998, the legendary couturier, who founded the company in 1962, agreed to sell 100 percent of his company to Holding di Partecipazioni Industriali, or HdP, a now-defunct investment company that was controlled by the Fiat group and partly publicly listed, which also owned the GFT SpA manufacturing group, Fila and Joseph Abboud. This was a move that marked a turning point for Italy’s designer fashion business and was heralded as the first true marriage of fashion with finance in Italy.

“I am one of the first designers in Italy to do this,” said Valentino at the time, referring to his decision to sell his company to a financial giant to assure both further development and continuation of his label. The designer famously broke down during the announcement of the sale.

The total value of the transaction was placed at about $233 million, three times the house’s direct revenues at the time.

Both the designer and Giammetti stayed on at the company, treated to lavish fringe benefits, including personal planes and a $5 million yearly consulting contract.

Despite a promising start, the firm languished in the red under HdP.

To strengthen its presence in the worlds of luxury goods and retailing, in 2002 textile giant Marzotto bought Valentino for $210 million, a sum that included the firm’s net debt of $179.2 million. The deal included lucrative contracts for Valentino and Giammetti.

In 2005, Marzotto spun off its fashion interests, which included Hugo Boss, into a new group called Valentino Fashion Group and in July of that year started trading shares of the new group, valued at close to $1 billion, on the Milan Stock Exchange.

In 2007, Permira bought VFG at the top of the market for an estimated $3.5 billion, after a bidding battle with private equity fund Carlyle Group, which had linked with VFG chairman Antonio Favrin and his company, Canova Partecipazioni Srl, to buy the Marzotto family stake.

The prize appeared to be Hugo Boss, VFG’s cash cow.

Valentino’s delisting was completed in 2008 and, in December 2009, Red & Black Lux reorganized the group’s structure, separating ownership of VFG, Valentino and its licensing arm from the Hugo Boss business to achieve strategic flexibility and for future partnerships — a move which sources also viewed as a smoother way to part with the Valentino brand.

Valentino the designer remained on board, as well as Giammetti, until his retirement in January 2008, six months after the lavish celebrations in Rome in 2007, which marked the 45th anniversary of the house. Alessandra Facchinetti, former head of women’s wear at Gucci, succeeded as creative director, but exited the company in October 2008. The baton was passed to Chiuri and Piccioli, who had worked beside Garavani for 10 years and established the brand’s successful accessories division.