The 21,527-square-foot space in Salzburg is to serve as a “window” for the AlphaTauri brand.

MILAN — Formula One Red Bull’s fashion label AlphaTauri is not intimidated by the pandemic, even though its plans for global expansion were slowed down by COVID-19.

Launched in 2016 as a brand extension to the Austrian conglomerate, AlphaTauri has opened its first showroom in Salzburg, Austria, a 21,527-square-foot space designed by Studio Riebenbauer with accents nodding to the car-racing universe from which the brand draws inspiration.

The opening, which is to coincide with the unveiling of the fall 2021 collection, is a testament to the group’s commitment to its fashion division. Located inside the group’s headquarters in the Austrian city, the space will serve as a “window” for the brand, Ahmet Mercan, AlphaTauri’s chief executive officer, told WWD ahead of the opening.

“We had to invest further because we came [here] to stay. It’s not a [one-off] project, this is an investment test that had to be done now,” he said.

Mercan acknowledged that implementing an expansion strategy in the wake of a pandemic was all but a smooth process. However, he said the company was well prepared.

“In each situation you have an opportunity, and this was something that we’ve seen as well. The industry at large was really badly challenged through this pandemic and we thought it was important to change our modus operandi,” Mercan said.

Already well-established in the DACH region, including Germany, Switzerland and Austria, AlphaTauri entered the Italian market last year, taking over the facade of the Rinascente department store in Milan for the launch. The partnership with the retailer will expand to other Rinascente units in Italy, including in Rome, Florence and Turin, as well as its e-commerce site. 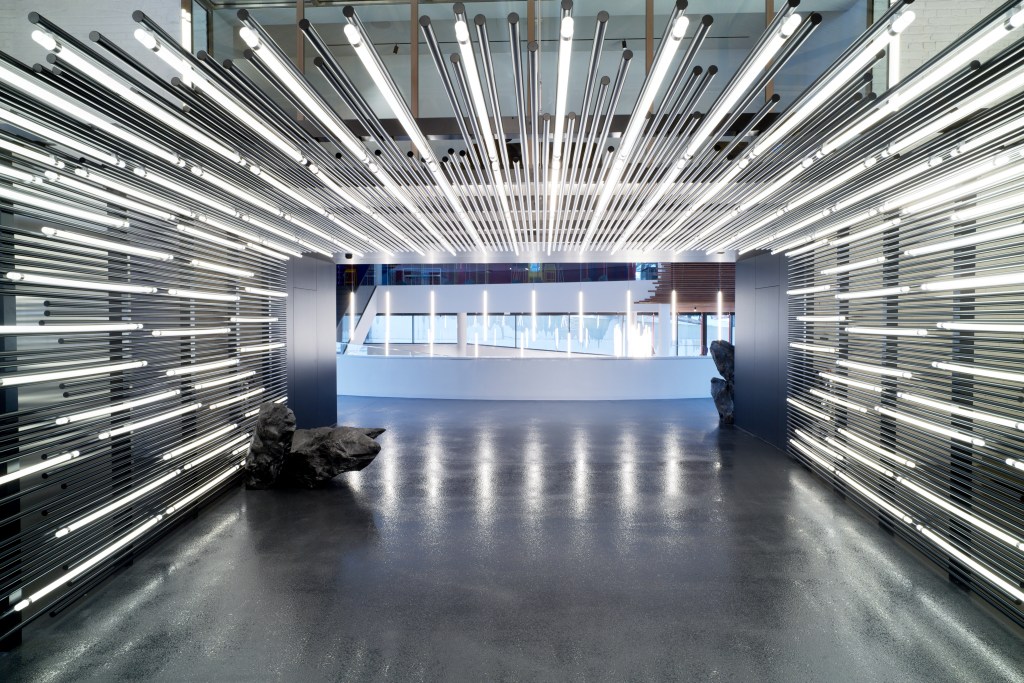 Inside the new AlphaTauri showroom in Salzburg, Austria.  Courtesy of AlphaTauri.

“We needed a platform for the brand to speak for itself,” he said. “The brand has ambitions to go global but it’s also important for us to strengthen our key markets, hence the desire for a space that represents everything the brand is about.”

According to the executive, AlphaTauri has taken the opportunity to sharpen its focus on R&D and innovation, and to bulk up its e-commerce operations.

The fall 2021 collection continues to bank on the brand’s core categories, which include high-performance outerwear and its signature 3D Knit, a high-tech knitwear line that avoids stitching to enhance comfort and save around 30 percent of yarn compared to traditional knitting techniques.

By establishing an in-house design department, product and sales teams, Mercan said the company has been charting a holistic approach to the brand, developing its marketing, product development and online commerce. 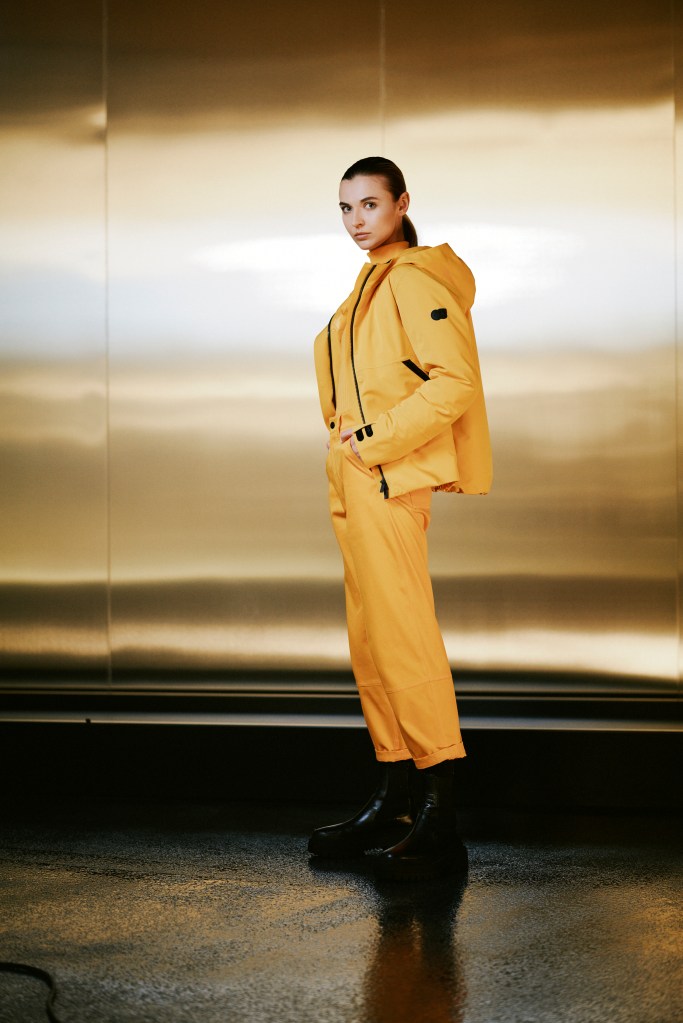 A women’s look from the AlphaTauri fall 2021 collection.  Courtesy of AlphaTauri.

Mercan is spearheading the expansion of the retail footprint. The company operates two stores, in Gratz and Salzburg, but it has also forged ties with international retailers and is sold through more than 60 points of sales across 90 countries.

Meanwhile, e-commerce represents more than 50 percent of sales. The AlphaTauri online store was launched in late 2017 and currently delivers to 86 countries globally. Mercan said that in order to fine-tune the experience and bring it more in line with the brand’s ethos, the site is going to be revamped to coincide with the drop of the fall collection. He touted the online infrastructure as pivotal in providing the brand with immediate feedback on what’s trending and what’s not.

While the U.S. also represent a target, AlphaTauri is evaluating the best avenues to enter the market.

“Our mantra is to pull all the possibilities rather than to push something and then see if it works or not,” he said about the company’s strategy in addressing new regions and countries.