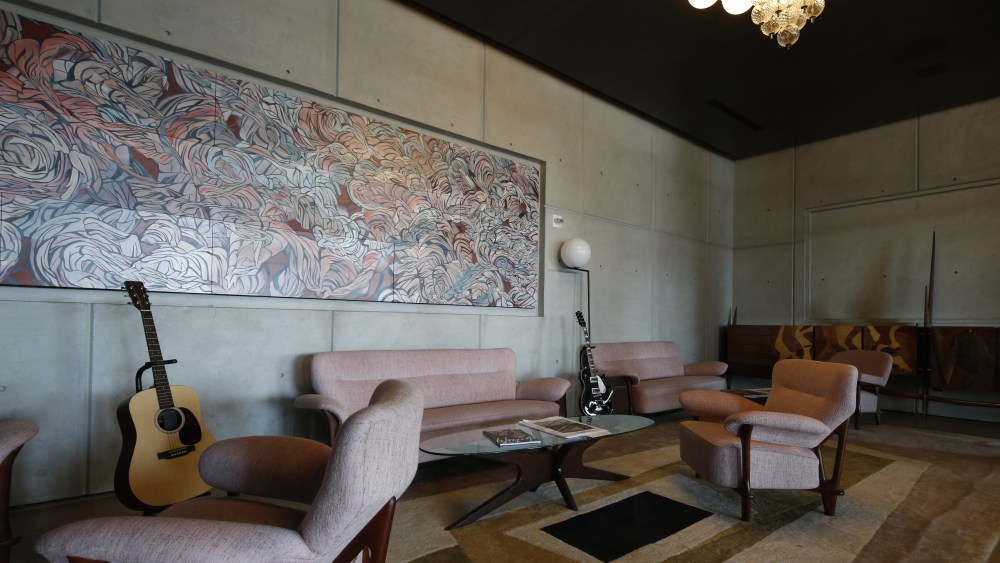 NEW YORK — At Spring Studios and Spring Place, connections are everything.

At any given time, a young creative can rub high-end elbows with industry veterans such as Moncler chairman and chief executive officer Remo Ruffini or Gucci president and ceo Marco Bizzarri, said Spring’s founder and ceo Francesco Costa about the synergistic relationships that are forged between members of the coworking club Spring Place.

Behind this month’s news that Spring Studios and Spring Place, at 50 Varick Street, in February will become the home of NYFW: The Shows is the fact that the Costa had something of an inside track.

“Since Day One, we were in touch with them,” he said, referring to IMG, NYFW’s owner. “We had open conversations with them. Catherine Bennett [IMG senior vice president and managing director of fashion events and properties] is one of our members.

“It’s always important for us to do a partnership, to co-create content and co-create experiences, not just host,” Costa added. “We don’t rent real estate. This is bigger and wider than just hosting the shows.”

Costa said IMG’s decision illustrates the importance of good contacts. “We keep on having more and more examples of how putting the right people together in the right environment produces results,” he said. “Very established people want to meet young people. Some very established people have memberships, even if they have offices in New York. They want to make connections with people. We facilitate those connections. We’re always introducing people.

“[New York Fashion Week] will increase business,” Costa predicted, “including creative and production. The most important result will be the integration of different people. Different audiences know us for the different things we do. We like the coworking component, but what really makes Spring different is the integration of all the pieces. That was the vision and the brave thing we did. We had some established people in the industry say, ‘I’m not sure it goes together well.’”

Membership has reached capacity at Spring Place, which celebrated its one-year anniversary, but demand continues unabated, according to Costa. In addition to the 64,000 square feet of coworking space, bookable executive suites, conference rooms and boardrooms, an additional 11,000 square feet of workspaces and small offices was added to Spring Place’s fifth and seventh floors.

“What we have is not sufficient for our nearly 800 members,” Costa said. “There’s always a wait list. We take 50 new members a month and we’ll be able to increase that to 80 new members per month.”

Costa is careful not to overload the club with too many new faces, lest he throw off the balance of Spring’s creative ecosystem, which he said is designed to encourage collaboration and co-creation between members of various disciplines.

Spring Place is working more closely with members to incubate projects and bring ideas to market. Its first product, a fragrance, will be ready for an end of the year launch. Costa said Spring will likely develop beauty products next.

“One member just came in with a fragrance idea that we think is great,” he said. “Our other biggest interest is beauty, because we’re an agency of beauty.”

Costa was referring to brands such as Clinique and Estée Lauder, among others, which hire Spring Studios for creative content development.

“Spring is an interesting operation,” said John Demsey, executive group president at the Estée Lauder Cos. Inc. “It’s a social club, it’s a community for creative-minded business individuals, and it’s also a service provider. It has amazing photography facilities and event spaces.

“On a personal level, I love the pop-up restaurants,” Demsey added. “We had our 10th anniversary dinner for Kilian Hennessy [founder of By Kilian, which was acquired by Lauder in 2016] at Noma, which was simply spectacular.”

Besides a 1,700-square-foot all-day restaurant, Spring’s flash eateries have included Caviar Kaspia and Copenhagen-based Noma, which is ranked as the top restaurant in the world by some critics and had a short run during the recent NYFW. “There will be something new,” Costa said. “It was a great, fast experience, but it was expensive and logistically complicated. We haven’t decided on the restaurant yet. We have great, great choices.

“We’re putting together different art, design and food curators,” Costa added. “The cultural path is very important to us. Fashion and luxury brands want to create experiences around those areas. The aesthetic of Spring is key. We’re taking the fashion path of how they decorate. We never felt that the furniture was a commodity. There’s nothing here that you can buy on Amazon.”

Furniture is mid-century modern, either vintage or custom-made. A room called the library has reproduction Eames chairs, for example.

Demsey said Lauder has hosted events at Spring, and he goes there for dinner. “It’s a great facility and a great crowd. It’s one of the hidden gems in Manhattan.”

Recalling his first visit to Spring, Demsey said he was having coffee with then-Givenchy designer Riccardo Tisci when the facility first opened in 2016. “I was blown away by the quality of the meeting spaces, the amenities and service and staff,” he said. “One of the Spring founders was dating Constance Jablonski, an Estée Lauder model. It was like ‘Six Degrees of Separation.’

“A lot of people can discover Spring for its event space,” Demsey said. “Not everybody can become a member. They have a great production studio. We’ve met a lot of amazing digital production talent there. We’ve used them as an agency of record.”

Spring Studio’s production facilities and creative agency are adapting to fashion’s new priorities. “They’re looking for experiences rather than the usual fashion show,” Costa said. “Also, the way they spend is moving from media buying to purchasing content. Companies were doing two ad campaigns a year. Now brands have new products every week. They have to shoot them every day. We produce new content for our client, Marks & Spencer, every single day, everything from videos to films.”

Spring’s tentacles, too, are reaching beyond New York. In Los Angeles, Spring is adding its second coworking facility. “We’re adding coworking in Milan,” Costa said. “In Paris and London, coworking is coming soon.”