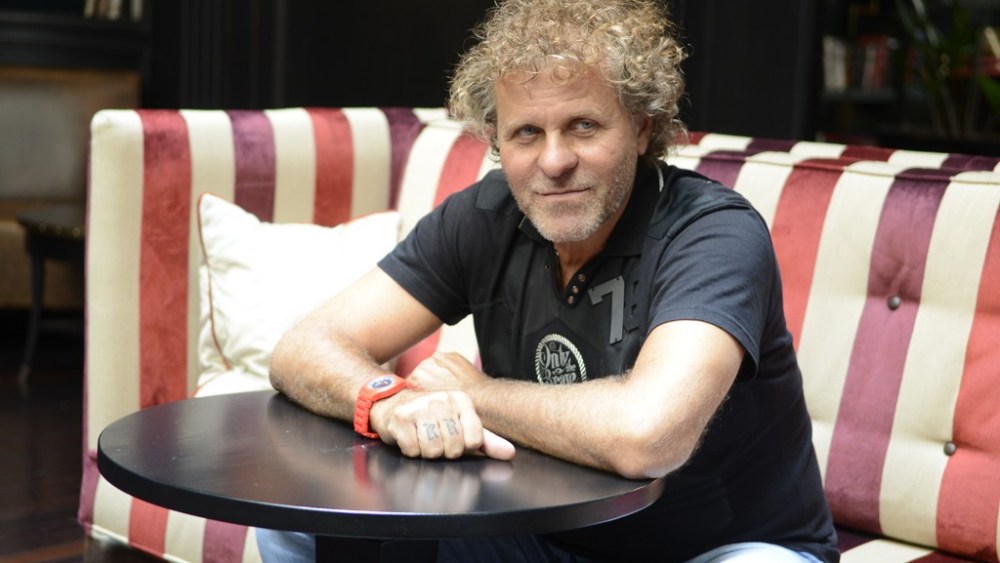 TRIESTE, Italy — The times call for a restructuring, according to Diesel and OTB SpA chief Renzo Rosso, who was in Trieste, Italy, over the weekend for the 12th edition of ITS, the International Talent Support contest sponsored by the fashion brand, along with a number of other companies, including YKK, Swarovski Elements, Yoox Group and Swatch.

“I think that the Italian fashion industry has the mission to bring back the glory our country deserves,” said Rosso, who joined the board of the Italian Chamber of Fashion in April and is deeply involved in the reorganization of the association with the likes of Prada’s Patrizio Bertelli and Tod’s Diego Della Valle, among others. “The goal now is to try to get the brands together, even if it’s difficult because there are still those who want to do things on their own,” he said, referring to Giorgio Armani and Dolce & Gabbana, which are not part of the Chamber.

Pointing to a lack of a “global mentality” as one of the problems of the Italian fashion industry, Rosso said that the ceo of Camera Nazionale della Moda is seeking “must be someone completely dedicated to this project, able to dialogue with both the national and local institutions, including Milan’s municipality, along with all the companies providing services, transportations and hospitality.” Rosso said that it will take “two, three years” to see the results of the new course of the Italian fashion industry.

He also said that the Italian government has to play an active role in this process, supporting entrepreneurs and small manufacturing companies in particular.

“The government is doing nothing to make the country grow,” Rosso said, accusing politicians of a focus on preserving their personal interests. “It’s fundamental to start managing the country as a company, cutting what doesn’t work and investing on what gives good results.” For example, among the waste by the Italian government, he mentioned that it allocated 17 billion euros, or $22.2 billion at current exchange, to buy planes to improve the country’s air force, while “most of Italian cultural assets, which represents an incredible resource for the national economy, are in terrible condition.”

On the design front, to help bring a breath of fresh air to the Milan Fashion Week schedule and fight competition from London and Paris, Rosso suggested that ITS, which on Sunday assigned the Fashion of the Year award of 15,000 euros, or about $19,600 at average exchange, to South Korean men’s wear designer Han Chul Lee, could create a link with Milan. ITS founder Barbara Franchin said opening a showroom in Milan to present the work of the contest’s finalists is an idea to discuss. “It would be interesting because it would help bring new blood to Milan’s fashion system, and at the same time talented young designers would have the chance to showcase their collections to a wider audience.”

The importance of counting on fresh creative forces has always been clear to Rosso, who last April tapped Nicola Formichetti as artistic director of the Diesel brand.

“We arrived at the point where Diesel became a perfect war machine where everything was computerized with the risk of losing the charm of our job,” Rosso said. “Chapeau to Nicola, who has been able to bring back the poetic, more fascinating aspect of the work.”

Rosso also said the appointment of Formichetti had a positive impact on Diesel’s creative team, which now includes the winner of ITS’ Diesel Award, Xiao Li, who, along with receiving a prize of 25,000 euros, or $32,660, also has the opportunity to do a six-month internship at Diesel.

“If you don’t have fun, it doesn’t make sense,” said Formichetti, explaining the philosophy behind his approach to work. “Of course, it’s hard work, but it’s better if you do it with a glass of wine.”

Formichetti, who joined the company after his departure from French fashion house Thierry Mugler, has recently given a peek of the tone of his artistic direction at Diesel by launching a guerrilla marketing initiative. This included the posting of five bills, in various cities around the world, featuring provocative images, such as one showing a female Pope wearing a denim uniform designed by Formichetti.

“Renzo and I decided to create a Diesel social community on Tumblr, which is the fastest-growing social media network,” said Formichetti, highlighting that the company will use it to scout the best international talents in different creative areas. They will be models of the upcoming Diesel advertising campaign, making its debut in September.

In addition, while the first Diesel main collection realized under the direction of Formichetti will be officially presented in March, the label will launch a men’s and women’s capsule collection in October.

“The capsule is divided into two parts,” Formichetti revealed. “The first is focused on denim and pays homage to the extraordinary things that Renzo did in the first years of the brand, while the latter is all made of leather. I showed it to my friends, and they loved it — I’m super happy,” he said.

Separately, Rosso said he is currently overseeing the renovations of the offices of his Bassano del Grappa-based private investment company Red Circle, which has a stake in Yoox. Red Circle has recently acquired a stake in Nonabox, a Spanish company that allows new mothers to subscribe to the Web site and receive a box every month with high-quality products, from food to clothes, for babies ranging in age from zero to two years old.