Although the upcoming holiday season is poised to show better sales than prior years, second-tier department and chain stores, as well as some specialty apparel players, are seen by analysts as facing an uphill battle as shoppers continue to shift dollars to other segments and spend more money online.

The outlook reiterates the need to have a buttoned-up omnichannel strategy that leverages consumer data and preferences — especially online — while also reprioritizing physical stores. Looming on the horizon is Amazon, which is projected by FTI Consulting to garner half of all U.S. online sales in the next decade, which would total $500 billion. And Wal-Mart Stores Inc. and Target Corp. have reemerged as fierce competitors to traditional department store retailing as each are bolstering their supply chains and online capabilities.

But a report released this week by mobile platform provider NewStore revealed that companies are not making the grade when it comes to executing omnichannel retailing. The firm’s data backs up prior surveys that show the extent of shopper dissatisfaction with shopping online and in stores. But there are tactics and solutions emerging that can address friction points in the market. A recent report from Salesforce outlined key steps fashion companies can take to increase online sales.

Click this link to see a copy of the Salesforce fashion report.

First, it’s important to get an understanding of the typical omnichannel retailer operating today. In a survey of more than 1,100 businesses conducted by Square and Mercury Analytics for BigCommerce, 56 percent of respondents have a physical store, while 34 percent sell products through their own sites. Twenty-five percent sell through Facebook, while 16 percent go through Amazon. And 22 percent are selling products via an online marketplace such as Etsy and eBay. 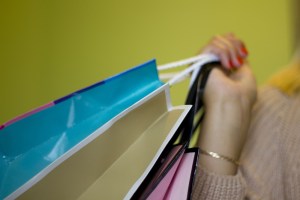 Authors of the report noted that while e-commerce sales continue to grow (about 15 percent this year alone, according to FTI Consulting), “many retailers are struggling to capitalize on their digital sales channels.” They said the secret to success requires retailers to be “strategic and targeted in their efforts, both off-line and on.”

The same survey found that 51 percent of consumers prefer to shop online. But a study of more than 1,000 consumers conducted by Imprint Plus, a signage company, showed that nearly 30 percent of respondents prefer shopping in a store, while 37.8 percent said their preference was a combination of both.

All of which shows the complexity of today’s required retail business model. Retailers and fashion brands have to deliver through multiple channels of distribution while leveraging social media as well as conducting digital and traditional marketing to drive traffic to web sites and physical stores. And once shoppers get to a site or walk into a store, the visit also has to convert to a sale.

There are other, ongoing hurdles, too, which tie directly into consumer behavior. A report from Colliers International released this week noted that over the past 10 years, “the way in which Americans have approached shopping has changed. Behaviors initially influenced by the economic downturn have now become established and have resulted in a more considered form of consumption,” report authors said.

Researchers of the firm said that arguably, “the ‘contemplative consumer’ is also more demanding. For example, 88 percent of U.S. consumers believe it is unnecessary to spend a lot in order to have a good time. In addition, 70 percent say they are focusing on buying the right product rather than buying lots of products.

There’s also a disconnect between consumer preferences for mobile shopping, and how retailers are meeting that demand. The NewStore report released this week found that despite overwhelming amounts of information surrounding consumers’ expectations for mobile experiences, retailers have done little to update or add native shoppable apps — only one in five offer one. Company researchers reviewed mobile web sites, native apps and in-store experiences of 140 luxury, lifestyle and apparel brands. To collect the results, NewStore sent out undercover shoppers to observe retailers’ common practices.

“To deliver what modern shoppers are looking for, brands need to live and breathe mobile,” said Stephan Schambach, founder and chief executive officer of NewStore. “We live in an age where obsessive connectivity and instant gratification are expected, and brands are struggling. Our omnichannel report card reveals that the industry has not significantly evolved over the last 12 months. Despite mobile providing an ideal platform to bridge the gap between online and off-line, few brands are taking advantage of its potential.”

According to the report, retailers and brands should look to Sephora’s mobile experiences for guidance. “Sephora has utilized mobile technology to connect the online and off-line experience. Customers have instant access to a personal bar code on the Sephora app that ensures in-store purchases can be easily credited to their accounts,” authors of the report said. “They can also book an in-store appointment. Once inside the store, Sephora encourages iPad use by customers and associates, allowing both access to the same product information and beauty suggestions.”

Casting more transparency into real-time inventory levels also had room to improve, the authors found. “Only 25 percent of store associates provide real-time inventory information on the store floor via a smartphone or tablet,” a NewStore spokesman said.

Sales associates can’t sell what they can’t see — for an example, look to Abercrombie & Fitch, the report suggested. Not only are sales associates armed with mobile devices to track real-time in-store and online inventory levels, shoppers in physical stores can also read peer reviews by scanning an item’s bar code.

Despite the hype surrounding personalization features, retailers continue to lag in deploying customized options. This area scored the worst of the categories — the query found that only 3 percent of apps send personalized promotions through push notifications and 24 percent of brands’ mobile web sites have chat functionality. “Clienteling has yet to be implemented to its full potential, with conversational commerce, in-store appointments and access to omnichannel purchase history offered by only a minority of brands,” the report said.

Overall, though, there’s good news: online, apparel spending is up — about 13 percent on a year-over-year basis, according to the Fashion Shopping Focus report by Salesforce. Researchers at the firm noted that the apparel segment “has witnessed a 15 percent increase in unique products sold online over the last two years. And mobile has seen an astounding 49 percent increase in the apparel segment.”

Researchers at Salesforce also noted a shift in how consumers are interfacing with retail apparel web sites. The “Product Detail Page” has emerged as the “key battleground” for conversions. “The focal point of the shopping experience has shifted from the home page to the product detail page,” authors of the Salesforce report noted. “Over the past two years, visits to the PDP have grown to 47 percent, an increase of 7 percent. Even more noteworthy, 30 percent of visits start at the PDP, an increase of 5 percent in the first half of 2017 alone. Retailers can extract more utility from the PDP today by leveraging the opportunity to buy directly on the page.”

The company said successful apparel PDPs have common traits that include color swatches; recommendations; reviews; store inventory, and user-generated content. By way of specific tactics, analysts at Salesforce suggest retailers to: “Be smart about personalization”; optimize product offerings through A/B testing; make mobile payment processes as frictionless as possible; expand user-generated content, which keeps viewers pinned to the page, and “embrace the tap,” which means using buttons or swatches in lieu of drop-down menus to better facilitate the mobile experience.