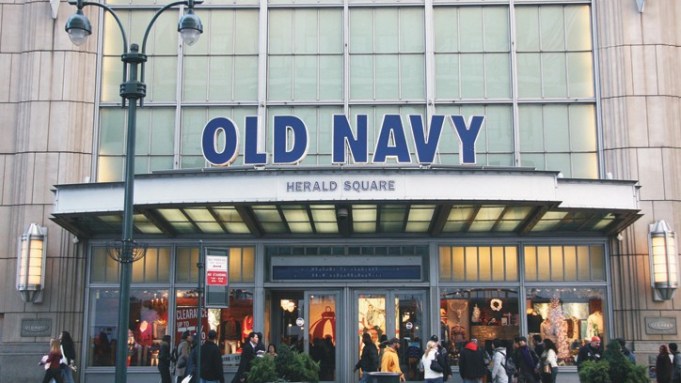 The Grinch was denied in December — and retailers gladly accepted consumers’ gift of a markedly brighter earnings outlook for the fourth quarter.

Neither economic anxiety, high unemployment, low consumer confidence nor a weekend snowstorm were able to keep consumers from working off some of their pent-up demand and making their appointed shopping rounds last month, leaving retailers with better-than-expected same-store sales results, higher margins, lower inventories and, in many cases, improved earnings expectations. The results stood in sharp contrast to the dismal numbers of December 2008, which were marked by widespread declines, deep discounts and consequent low margins and excess inventory.

But no one is quite ready to celebrate just yet, cautioning their outlook for 2010 remains guarded.

Many companies reporting December comparable-store sales Thursday beat their own internal expectations, which led to a slew of upgraded fourth-quarter earnings guidance from retailers including Macy’s Inc., Kohl’s Corp., Nordstrom Inc., Limited Brands Inc., Aéropostale Inc., Destination Maternity Corp. and, in the red-hot off-price channel, The TJX Cos. Inc. and Ross Stores Inc. Others, such as Sears Holdings Corp., said they would top analysts’ estimates.

While TJX and Ross generated the largest increases for the month — 14 and 12 percent, respectively — December was especially kind to upscale department stores, which were battered especially hard by the recession. Easier comparisons and over a year of adaptation to the tougher consumer landscape helped Saks Inc., Nordstrom Inc. and Neiman Marcus Inc. reverse prior declines and post increases of 9.9 percent, 7.4 percent and 4.9 percent, respectively.

Macy’s cited a strong performance at its upmarket Bloomingdale’s unit in reporting a 1 percent increase for the month, aided by a 29.4 percent leap in online sales, and lifting its fourth-quarter guidance to a range of $1.14 to $1.18, excluding special items, from its previous outlook of $1 to $1.05. “Gifts and designer brands” were instrumental in Bloomingdale’s success, the company said.

“We had a consistently positive month except for the weekend of the snowstorm, which was very tough on us considering our concentration in the markets where the storm hit, in the Midwest, mid-Atlantic and Northeast,” Terry Lundgren, Macy’s chairman, president and chief executive officer, told WWD.

Looking forward, the Macy’s ceo cautioned that “all of those underlying issues that impact the consumer are still there for 2010,” and cited the nation’s high unemployment, tight credit and deflated home values.

Still, Lundgren said he was “encouraged” by recent trends. “I believe we can take market share,” he said. “Comps are going to become easier, particularly in the first half of 2010, but the consumer has more clarity today than in over a year, in terms of their jobs, their financial status and their credit situation. I think the consumer is significantly more positive than a year ago. The overall situation is easier to read. I’m not saying it looks great, but we can plan for it better than we did in the past.”

Nineteen of the 33 retailers tracked by WWD posted gains, making last month the first since May 2008 that more retailers finished the month with increases than decreases. In December 2008, WWD’s tally was dominated by 28 declines to go with seven increases and three companies that were flat.

While stores have been able to limit the damage to their bottom lines by cutting expenses and inventories, they’ve had little in the way of pleasant top-line surprises since the credit markets went into a tailspin in September 2008.

“Comps were better across the board, especially at the high end,” said Citi broadlines analyst Deborah Weinswig, who explained that she has seen traffic improvement in that sector since September.

The flight to value is “here to stay,” she said, but a consumer “hourglass is taking shape as high-income consumers benefit from the positive wealth effect created by rising equity markets and low unemployment [in that group]. At the same time, low-income consumers face a scarcity of jobs and inflation in gas and energy costs,” she said, explaining that unemployment among high-income college-educated consumers is only 4.9 percent, while it is 15.9 percent among less-educated consumers.

“Still, I think the outcome from this great recession will be that it’s OK to shop private label” or shop “for a deal,” she said, pointing to the mass channel.

At the higher end of the discount sector, Target Corp. got back on the growth track with a 1.8 percent boost as it reaped the rewards of its value-centric model, according to Weinswig, as well as people’s perceptions of it as an upscale off-pricer.

According to Ken Perkins, president of Retail Metrics, a sales tracking firm, “retailers racked up a 3 percent December same-store sales gain, which is the single biggest monthly same-store sales increase since April of 2008.”

Retailers are expected to post a 28.5 percent average gain in fourth-quarter earnings, which will most likely be revised upward, he said, adding that a last-minute sales surge prior to Christmas, and another afterward, “saved the day.”

Perkins said 72 percent of the retailers he tracks beat expectations, while just 28 percent missed. However, he remained “cautious on January” as inventories are low. This will limit markdowns, he explained, but outside of gift card use, “there is no real catalyst to shop as consumers take a breather.”

Even below the luxury level, department stores showed marked improvement, as the group turned in a 1.4 percent comp increase, according to data collected by WWD.

While J.C. Penney Co. Inc. had a 3.8 percent comp decline in December, midtier rival Kohl’s Corp. continued with its recent winning ways with a 4.7 percent increase.

“We continue to see strong increases in transactions per store, indicating customers are selecting Kohl’s when they choose to shop, while maintaining their conservative spending,” said Kevin Mansell, chairman, president and ceo of the Menomonee Falls, Wis.-based retailer. Sears, which normally does not report monthly comps, showed a 0.4 percent rise, with Kmart’s 5.3 percent increase overcoming Sears U.S. stores’ 4.3 percent decline. Sears offered fourth-quarter earnings guidance of $3.36 to $4.06 a diluted share, well above the consensus estimate of $2.65. The upbeat projection helped lift the retailer’s shares 11.6 percent Thursday to $99.18.

But not all sectors rode the rising tide. Specialty retailers monitored by WWD averaged a 0.3 percent decrease for the month.

“The majority of consumers who shop at specialty do look for value,” said Hana Ben-Shabat, a partner in the retail practice at A.T. Kearney. Shabat noted that while “it is very difficult to categorize” across the group, shoppers are still largely taking a “cautious approach” as unemployment is high.

She also said that, when looking at December’s results, one needs to consider all the planned promotions during holiday. Saks, for instance, ran its designers’ sale earlier than usual, she said.

“I think we will see a bit of a dip [in comps] following the clearance of January inventory,” she said, adding retailers should see steady increases toward the end of the year. “It will be very difficult to return to pre-recession levels.”

Nonetheless, companies that will continue to “thrive” during this difficult period will do it based on compelling product, said Citi specialty analyst Kimberly Greenberger.

“If you’re not differentiated, you’ve got to have a value proposition,” she said, pointing to Abercrombie & Fitch Co., which is struggling to obtain either. The teen retailer recorded a 19 percent slide on top of a 24 percent comp dip a year ago, with the Hollister unit’s 25 percent decline weighing heavily on results.

“Hollister merchandise is lackluster, so they are having to be very price competitive,” she said. “Average unit retail company-wide is down 14 percent.”

The New Albany, Ohio-based retailer not only has “product issues” across the board, but “they’ve got shutters across all store windows,” she said, inhibiting consumers from seeing sales signs and new merchandise. “They don’t seem to think it’s an issue.”

Aéropostale, on the other hand, was the teen sector’s best performer with a 10 percent jump in comps. “They’ve got the best price points in the mall and a good brand,” Greenberger said.

“While we could point to very easy comparisons, the company did exactly what it told investors it was going to do: drive sales via strong values and pre-planned events,” he said. “We believe the customer responded well, especially to the fashion-driven offerings.”

While the Gap division was “very effective” with its weekly promotions and television campaign, Greenberger said she is “just not convinced it’s sustainable.”

In the end, even though Santa showed up this Christmas, some industry experts say it might be too early to celebrate.

“Obviously it’s good news that the numbers are up,” said Bjoern Petersen, vice president and general manager of the retail industry group at HP Enterprise Services. “I think January might trend up but I don’t think February will hold. I’m not ready yet to say we have a trend.”

According to Peterson, unemployment is likely to remain high in the first and second quarters, causing the consumer to remain cautious.

“It will still be choppy for a while,” he said.