The Challenge of Multibrand Boutiques in China

While there have been high-profile closures, multibrand boutiques in China remain a developing — and potentially lucrative — market.

SHANGHAI — By all accounts, Chinese consumers are growing more sophisticated by the day, eager to discover niche brands and in unique settings. One wouldn’t necessarily be able to tell that from the many multibrand stores that have struggled to take off in the country, however.

This summer, the storied Italian retailer 10 Corso Como became the latest high-profile victim when it unceremoniously closed the doors to its Shanghai store, thereby ending its China footprint, a partnership with fashion conglomerate Trendy International Group.

There were a few things off with Corso Como’s foray into China, which began in 2013. Its Shanghai store, while located on Nanjing Road, was cut off from the main shopping strip where a string of major malls like Plaza 66 and Kerry Centre sit.

“While in one sense it has a good location because it’s opposite Jing’an Temple, there isn’t anything around there,” said Jennifer Mak, a designer and brand consultant, describing the five-floor stand-alone building that was located at a busy intersection. “By crossing the road to reach there, you’re making a trip that’s very intentional. It’s not like after you shop at Plaza 66, you’re like, ‘Let’s pop into 10 Corso Como,'” she said.

But an awkward location doesn’t explain why 10 Corso Como’s other boutique, inside SKP Beijing, closed earlier in February 2017. There were reports about poor management and that Trendy International Group, which partners with Superdry and Miss Sixty, had little experience in dealing in high-end fashion. But ultimately with plans to list publicly, Trendy moved to shed non-performing assets, Mak said.

Others with top-notch credentials have grappled with the market, too. Joyce, the pioneering Hong Kong luxury boutique retailer that is part of the Lane Crawford Joyce Group, has reaped so-so results in mainland China. In July, the company reported it broke even at the operating profit level for the year in its mainland China division — only the second time it has broken even since it opened its first Joyce boutique in Shanghai in 2007.

In the last year, Joyce closed one of its two Joyce Warehouse outlets, leaving six shops in mainland China. It pointed to “competition from lower-priced online sellers” as one factor — a common problem faced by stores that bring in foreign labels, with daigou still a strong force in the market. 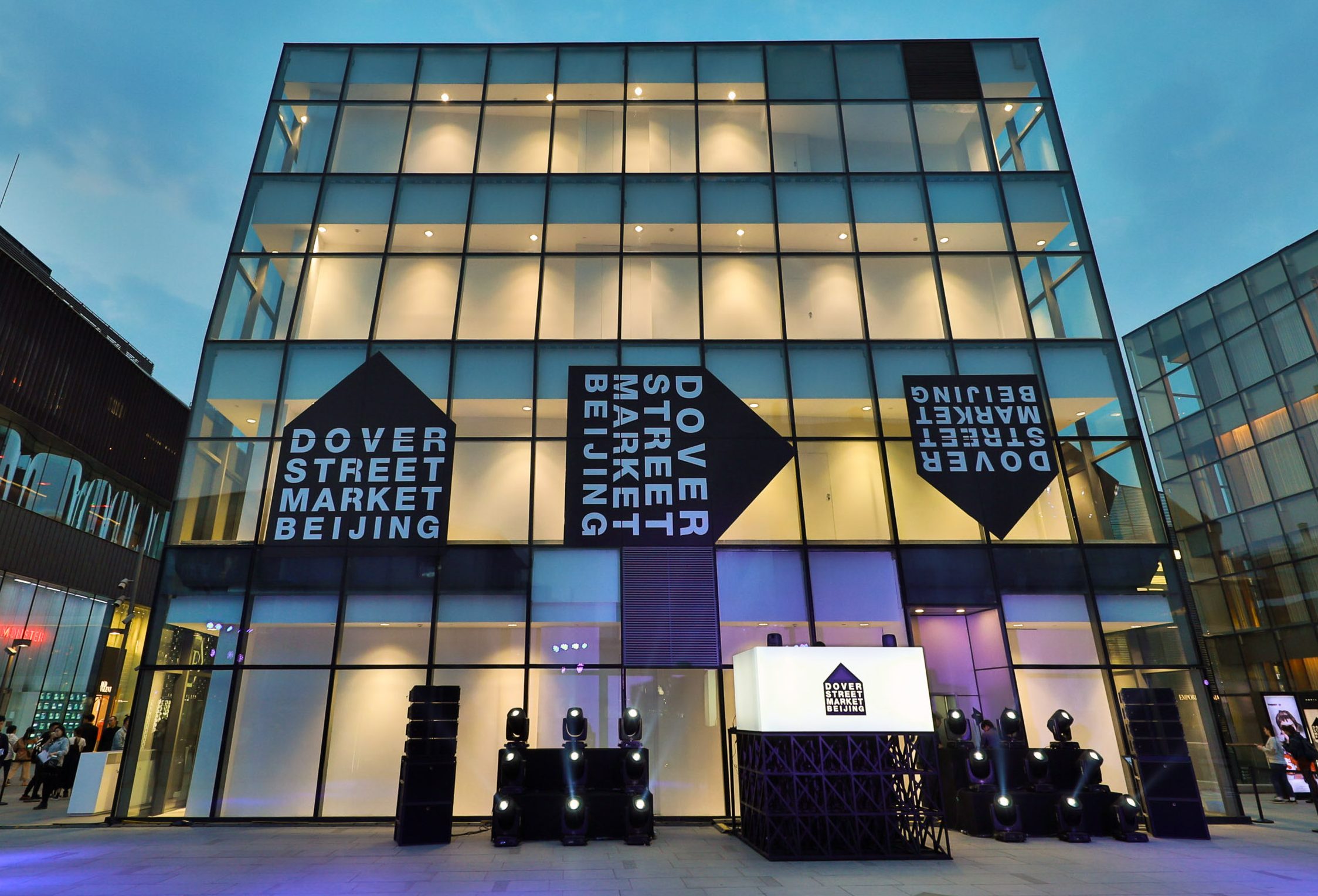 Even with these closures, don’t count the format out yet. Dover Street Market launched last April in Beijing and domestic players like fashion group JNBY in December revealed its own multibrand designer concept, La Su Min So La.

Olivia Chen, brand director at Assemble by Réel, said despite the challenges, the China consumer is seeking more variety, adding that she predicts the next three to five years will be pivotal in shaping the multibrand sector. Assemble operates two concept spaces housed within Réel malls in Shenzhen and Shanghai.

“There’s a creative energy that has pre-existed in China but there’s a real sense of momentum at the moment,” she said. “Instead of being considered a niche interest, this mind-set of seeking the innovative and alternative is becoming more and more widespread.

“It’s no longer head-to-toe in logos; you see a mash-up of luxury, designer and contemporary brands,” Chen said. “Luxury still signifies wealth but a mash-up of brands, this tends to signify style. This is fairly widespread in first-tier cities and is an indicator that the market is thirsty for more than the traditional luxury players. So opportunities exist for multibrand boutique retailers to facilitate this.”

Fashion consultant Hervé Rogazy pins the rocky results thus far on a lack of conceptualization. “It is not enough to buy brands and to be in a nice location. Concept is key,” he said, adding that often the visual merchandising among boutiques in China is antiseptic. “A multibrand store is much more complicated to create and manage than a monobrand one. It requires creativity and imagination as it is all about how to build a unique world with its own DNA,” he said.

Rogazy pointed to SKP Select, the multibrand space within SKP Beijing, as a more successful example. “The brands are very carefully selected…It is not a catalogue of hundreds of niche brands. Each one has a good reason to have been selected.”

Part of the difficulty is that while concept stores in the West had time to establish themselves before the Internet era, the rise of e-commerce and multibranded retail hit at around the same time in China, upping the stakes.

“Multibrand boutiques are something that happened in China in the last five to 10 years,” said Mei Ping Doery, the China chief executive officer of Australian Fashion Labels. “E-commerce — Taobao, Tmall — has happened simultaneously so while there is demand for those niche brands, they can also access them through other channels. If that awareness for multibrand had come 10 years earlier, maybe that increased demand [for new brands] without increased supply in online channels would have allowed them to establish a stronger business.”

Since China is such an important market, brands themselves are happy to open direct stores, investing in lavish flagships offering a full assortment of products. Customers need a strong reason to buy from somewhere other than the brand directly.

Well aware of this, Eric Young, the founder of LMDS in Shanghai, has made pop-ups a key part of the strategy to drive interest in his store. A new concept, which opened in March, the three-story boutique is filled with a mix of international and local designers and includes a cafe on the ground floor. While sometimes Young brings in smaller labels like the French brand Holiday Boileau for a special event, he also has done pop-ups with major names like Louis Vuitton.

“The pop-up is not open to all people,” explained Young, referencing a July event completed with the French house. “It’s the Louis Vuitton VIP list and our VIPs. The offer is a bit different compared to what you find at Plaza 66 or Louis Vuitton stores around the country. There’s quite a lot of people flying from outside of Shanghai for our event and the selection included exotic skins like crocodile and ostrich skin that you can buy on the spot, instead of ordering.” 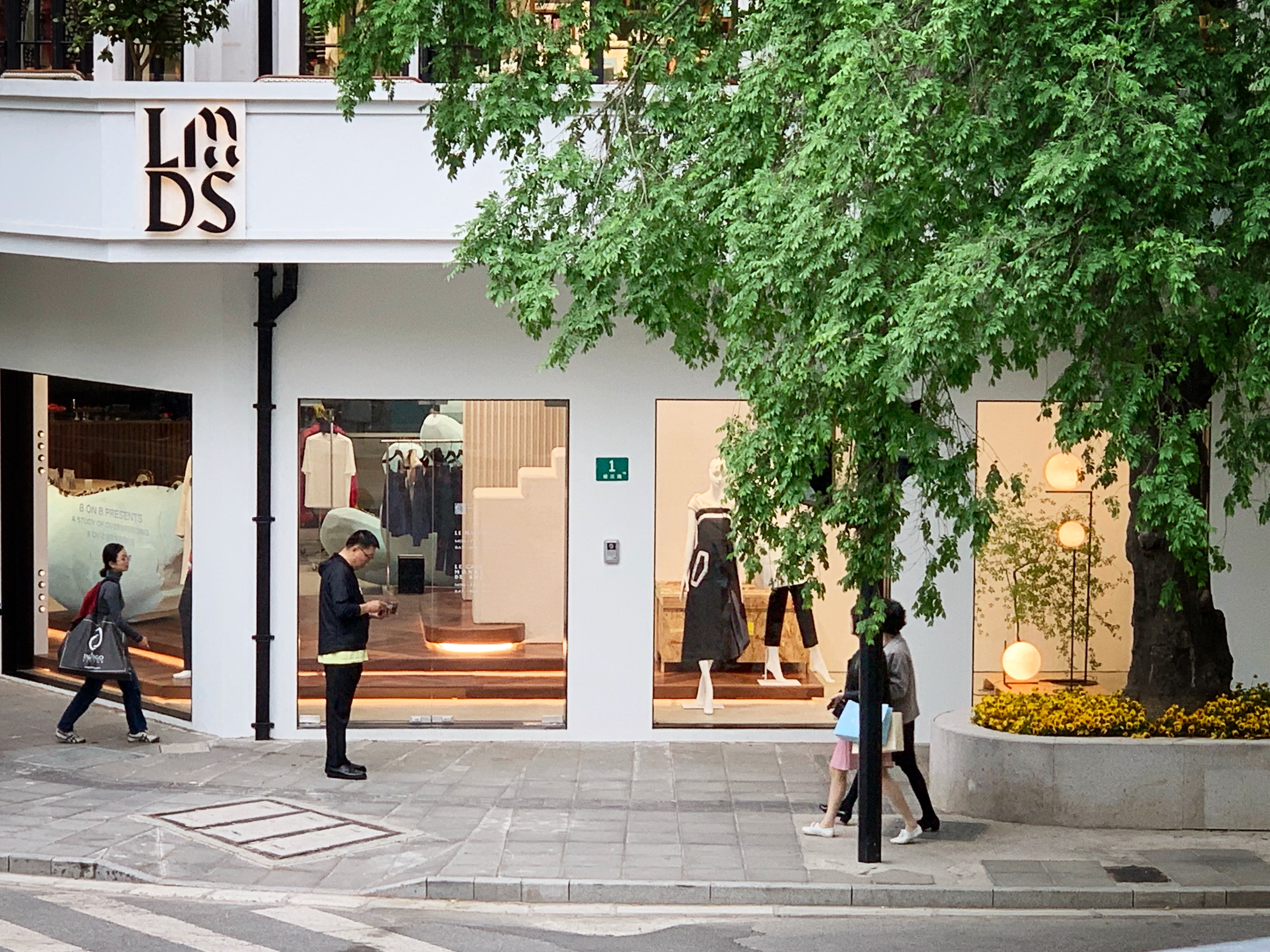 The LMDS boutique in Shanghai.  Courtesy

Young, who has racked up two decades in fashion running his agency SHC Creative, said he took one year to prepare the launch of the store, an uncommonly long time in China, where shops can and often do launch after two or three months of planning.

But he said he thinks the extra effort in design and vision is palpable. His ultimate wish is that the store can become not just interesting for a China audience, but a global one.

“I don’t just want to buy the brands that you can get in other places — that has no meaning if you can buy it in New York, Paris, Hong Kong,” Young said, before showing a few pieces in his store from Samuel Guiyang, a young Chinese designer.

“Even though you can buy Samuel Guiyang in London or Paris, there’s not that much selection of his designs overseas so I think it can be more special here,” Young said. “I think you need a more global eye like this to succeed.”

The other major piece of the puzzle is good talent.

Yilei Wu is the owner of the women’s boutique Xinle Lu, which has been operating since 2012 and which sells labels such as Stolen, Viktoria Chan, Charlotta Gandolfo and Third Form.

“[Multibrand] is an up-and-coming market and I definitely feel the consumers are more familiar with the concept now. We used to take a long time explaining what we do and now they will ask, ‘Are you maishoudian?'” Wu said. “But I find the main issue is people — how to find the right multiskilled team to cover all these areas and [have them] learn fast.”

Because of how emerging the format still is, job candidates often don’t have prior experience in multibrand, nor do they aspire to land there.

“We have had many candidates who consider multibrand as somewhat inferior to the traditional luxury houses and have yet to consider the added complexities,” Chen said. “Candidates with vast mono-brand experience are accustomed to direction from European offices and often breed a limited viewpoint. So it definitely requires individuals with an innate drive that stems from a genuine love for fashion and a mind that’s open to having thought processes re-wired to encompass multiple dimensions.

“You have to learn all the time…,” advised Wu. “There are not many successful cases — since it’s such a new market — you just don’t have a role model to follow. You have to revise your strategy a lot. Be flexible yet stick to your heart and remember your vision.”