A new survey shows consumers will spend an average of $94.32 on Father’s Day gifts this year. 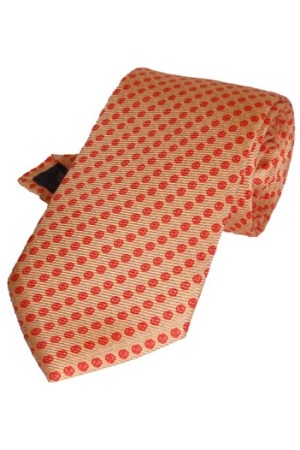 Dads might be getting a few more gifts this Father’s Day.

The recession may be slow to release its grip on the U.S. economy, but consumers are expected to be a bit more generous this year. Early sales indications are decent — if not spectacular — for most retailers, and they’re expecting a surge in the final days before the holiday on Sunday. So far, traditional seasonal items such as T-shirts, shorts and short-sleeve knits have been most popular.

Stores have been aggressive in their promotions this year — whether it’s gift-with-purchase coupons, one-day specials or celebrity in-store appearances. With overall business still a little shaky, stores believe they need incentives such as these to drive sales.

According to the 2010 Father’s Day Consumer Intentions and Actions Survey, conducted by BIGresearch for the National Retail Federation, consumers will spend an average of $94.32 on Father’s Day gifts this year, up nearly 4 percent from $90.89 in 2009. Total Father’s Day spending is expected to reach $9.8 billion — making it a key date in the retail calendar.

Special outings, gift certificates and apparel are expected to be the most popular gift choices this year, according to the survey. Nearly 40 percent of shoppers are expected to spend $1.9 billion to take their fathers on special outings such as dinner or brunch. Nearly 37 percent are planning to buy clothes, spending a total of $1.3 billion. Electronics are forecast to come in at a close third, with $1.2 billion in expected sales; greeting cards will garner $749 million; $578 million will be spent on tools or appliances; $550 million on home improvement or gardening tools, and $400 million on automotive accessories. Just more than 31 percent of shoppers will give Dad a gift card, spending an estimated $1.2 billion.

“A slight uptick in Father’s Day spending is another sign people are starting to open up their wallets again,” said NRF president and chief executive officer Matt Shay.

The most popular retail choice this year, according to the NRF, will be discount stores (34.4 percent), followed by department stores (34.1 percent.) Specialty apparel stores are expected to draw 7.6 percent of shoppers, while 20.5 percent will make their purchases online.

According to the weather forecasting firm Planalytics, the weather in most of the country is expected to be favorable on Sunday. Father’s Day week in 2009 was the wettest in more than 10 years, with significant precipitation in the Mountain West and from the Central Plains into the Northeast, depressing demand for seasonal apparel. But with a better forecast this year, Planalytics is projecting sales of shorts to be up 11 percent; sunglasses, up 11 percent, and T-shirts, up 4 percent. Barbecues will have the biggest bump, the company projected, with an 18 percent jump over last year.

Lou Amendola, chief merchandising officer for Brooks Brothers, characterized business so far as “fair. It doesn’t seem as strong as it was at the beginning of the season. The consumer confidence that was going up seemed to have stopped rising over the last few weeks. I think people are holding out and wondering about sales.”

Brooks Bros.’ semiannual sale kicks off the Monday after Father’s Day, but Amendola said the chain has been offering some one-day specials to lure shoppers. “It seems to stimulate business,” he said.

So far, top sellers include shorts, swimwear and knit shirts, he said. “We had a very good sweater season, so we don’t have much inventory there,” he added, noting he’s expecting a surge in the final three days before the holiday.

Jonathan Greller, senior vice president and general merchandise manager of men’s wear for Lord & Taylor, has been on a full-court press to promote men’s wear at the store. Earlier this week, the company partnered with Steiner Sports for a Father’s Day event where the collectibles firm brought top gift items into the store for customers to purchase. “The event was terrific with increased traffic, which led to increased sales,” he said. “We continue to change the environment at Lord & Taylor. Our Fifth Avenue windows display autographed baseballs from Mickey Mantle and Joe DiMaggio, Robinson Cano’s bat, George Steinbrenner’s actual suite from the original stadium. The reaction to the Steiner Sports windows has been very positive.”

As a result, Greller said, “we continue to see double-digit comp increases in men’s and the total store.”

Although men’s may be front and center this week, however, he said, “the mind-set of the consumer has not changed. They continue to look for items in the men’s store that have a price-value relationship. Black-brown, denim collections, neckwear, men’s gifts, tailored clothing, seasonal accessories and personal furnishings are all selling very well.”

Mike Zack, owner of Circa 2000 in Plano, Tex., said Father’s Day business is “surprisingly good so far. We’re very fortunate. In fact, there are a couple of categories that we didn’t buy enough of such as short-sleeved sport shirts. There just weren’t enough out in the market.” Other hot sellers include “cool” T-shirts retailing from $75 to $100, he added.

In order to draw shoppers, Zack did both an e-mail promotion and a newsletter mailer, which replaced a postcard that had been sent in years past. Inside the newsletter was a $25 gift card, which proved popular with customers.

Zack said business overall has been “OK, but sporadic. We had a nice April and May, and were up over last year, but last year was terrible, so any increase is good.”

Looking ahead, he is expecting a lull over the summer when the hot temperatures impact shopping in Texas, but is looking for an uptick in fall. “We expect sales of lightweight fashion things will be good,” he said. “I’m optimistic.”

Jim Ockert, owner of Khaki’s of Carmel in California, said Father’s Day sales are “OK, better than last year.” Top sellers include neckwear, a category that has been lagging for some time; soft clothing; accessories, and denim. He’s having success with “anything new and fresh — not the same old thing.”

Overall, he said, he’s optimistic about the future. “It’s going to be choppy, but it’s starting to move in the right direction,” he said.