Consumers find value in experience with families and friends.

As holiday retail reports continue to predict early shopper disruption, what’s clear is the feeling that Black Friday is a far cry from what it used to be.

Once considered the official start of the holiday shopping season and a shopper’s measured opportunity to secure the best discounts, experts say Black Friday is more symbolic than significant in 2019. Now one of many retail holidays, rather than the “pantheon,” consumers and retailers alike are showing less pressure over promises of one-day-only deals.

“Although Black Friday is still a big moment in the shopping calendar, the number of respondents in the [Accenture annual holiday shopping] survey who said they’re less inclined to shop on Black Friday or Thanksgiving than they were a few years ago increased this year, from 50 percent to 55 percent for Black Friday and from 51 percent to 58 percent for Thanksgiving,” said Jill Standish, senior managing director and head of global retail practice at Accenture. “The reasons cited most often for this were avoiding the crowds competing to get the best bargains, spending the holiday with their family and being able to get equally good discounts on other days.”

In fact, retailers began servicing some holiday shoppers as early as September triggered by Amazon’s Prime Day in July and an extensive display of discounts from other retailers. And according to findings in Deloitte’s 2019 retail holiday survey, people who shop earlier tend to also have a higher total spend.

“So even though you may not like to see the Christmas commercials on TV right now and the Christmas trees in the stores, it’s probably beneficial for the retailers to try to get the customer early,” said Bill Park, partner at Deloitte. Retailers, Park said, were also feeling pressure given a compressed time between Thanksgiving and Christmas.

New retail holidays also entered the market this year, including “Cash Back Day” and “DTC Friday” as a way to capture early attention from shoppers. In the National Retail Federation’s annual “Retail Holiday and Seasonal Trends” report, findings showed that sales and discounts remain the largest factor in choosing a particular retailer during the holidays. 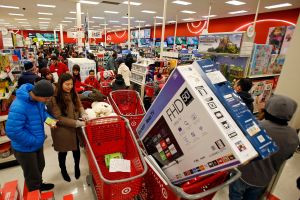 “Black Friday is still one of the busiest shopping days for stores, but traffic on that day has declined over the past few years which, in part, is driven by the introduction of other ‘shopping holidays,’ like Cyber Monday,” said Sarah Willersdorf, managing director and partner at Boston Consulting Group. “While Holiday shopping traditionally kicks off over the five-day period from Thanksgiving through Cyber Monday, we’ve seen a pull-forward of shopping to pre-thanksgiving weekend — about one-third of shoppers are purchasing before Thanksgiving weekend.”

And while discounts and promotions have proven effective — Adobe Analytics reported that “Cash Back Day” saw just short of $2 billion in consumer spending – these early promotions have created a pull-forward effect. Deals that were once limited to Black Friday were seen several weeks before Thanksgiving weekend.

In recent years this trend has been referred to as “Black November.”

“Over the last few years we’ve talked quite a bit about what we’ve called ‘Black November,’” said Steve Barr, consumer markets leader at PwC, “which is really the shifting of Black Friday to covering all of November, but what we saw this year for the first time in a meaningful way was a Black Friday sale actually being launched in October.”

PwC’s 2019 Holiday Outlook found that as Black November has become more realized and even expected, consumers continue to show less excitement for Black Friday, simply having already taken advantage of discounted prices, both online and in stores, by the time Black Friday arrives.

“If you think about the headwinds that Black Friday day is facing, the deals are coming out earlier and consumers’ behaviors are shifting toward a greater level of online shopping in the days prior to Black Friday, and I think another event that has occurred over the past several years, and we anticipate to occur this year, is the great recession is now 10 years old but there’s a lasting impact of the great recession,” Barr said.

What has since occurred is the conditioning of consumer behavior to expect deep discounts across the holiday shopping season. “But now those sales have been pulled forward, but also with increased leverage of shopper information and use of data analytics, retailers are going to be promotional all the way through the December holidays,” said Barr. “The same deals or comparable deals are going to exist in the month of December as well.”

But will offering a longer season of discounts be sustainable for retailers?

“Although monetary offers are a surefire way to lure in customers, retailers need to manage these incentives carefully, as they can take a big chunk of profits if not managed well,” said Standish. “Retailers should be using data-driven approaches to understand the profitability of such tactics, to ensure visibility of inventory, and to build a granular understanding of the intersection between product, services and the customer as they try to outmaneuver competitors.

“The leaders recognize a clear brand purpose and greater customer-centricity is the best way to get the most valuable consumers — the ‘superfans’ — to buy into the brand beyond the holidays.”

Still, according to Adobe Analytics, Cyber Monday will remain the biggest shopping day followed by Black Friday, and forecasts consumer spending online to reach $143.7 billion (14.1 percent growth over last year). And while holiday forecasts at the start of the season showed continued strength for Black Friday, industry executives say, there has been a continued shift in intent.

“If I have the option to shop on my phone and have something delivered to my house, I’d certainly prefer to do that to going and standing in line. However, what still continues is Black Friday has always had an experiential aspect to it and today’s consumers, especially younger consumers, Millennials and Gen Z, want a shopping experience and so that aspect is still relevant,” said Chris Shaker, partner and consumer products senior analyst at RSM US LLP.

Early in the season industry reports by Deloitte forecast experience would take the lead over holiday spending, finding consumers planning higher spends on time with family, travel and eating at restaurants. Black Friday then, it seems, could become a holiday experience.

Park shared with WWD his own Black Friday experience from last year, saying what he experienced was an event for families and friends. “[Deloitte’s holiday surveys] show gifts only make up about 30 to 35 percent of what people spend for holiday. They’re spending a lot of experiences, they’re spending a lot on themselves over the holidays. It goes to show that Black Friday can still be a big thing, but you have to give consumers more to do than just buy stuff, they want to have an experience.”

Further, for retailers planning for the Black Friday weekend, Willersdorf said, “Creative thinking around service, assortment, and experience are key.” She noted while a strong online proposition is table stakes, physical stores still account for 60 to 80 percent of purchases. “The decline of retail traffic for most retail leadership teams is more worrisome than any other disruptor — leading to a hyper-focus on customer journeys, great omnichannel experience and urgency to do more with less on lower traffic levels.”

Black Friday is also an opportunity for retailers and brands to further personalization for meaningful connections with customers who will remain loyal year-round.

“Instead of making a decision on what your strategy is going to be for discounts and promotions across all of your customer base, be targeted about how you’re going to reach each individual customer,” said Shaker. “It becomes understanding your customers and using your loyalty program and I think that’s one of the most popular ways that our clients have done to get smart about their customers.”

Additionally, sustainability and responsibility are predicted to remain strong in consumers’ minds over the holiday. Retailers who plan around responsible retail could even have a potential edge over competitors. Surveys by Accenture found consumers purchasing decisions are increasingly influenced by these factors. 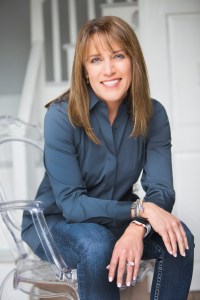 Standish noted that “half of the [Accenture holiday shopping survey] respondents said that due to the negative environmental impact of fast-shipping options they would opt for delivery options with a lower environmental impact, such as slower shipping or in-store pick-up. Consumers are now looking at the carbon footprint of the different delivery options retailers offer.”

7 Ways the 2019 Holiday Shopping Season Will Be Unique

ON STAFF: Are Holiday Workers Low in Stock?