Valuations Climb as M&A Heats Up 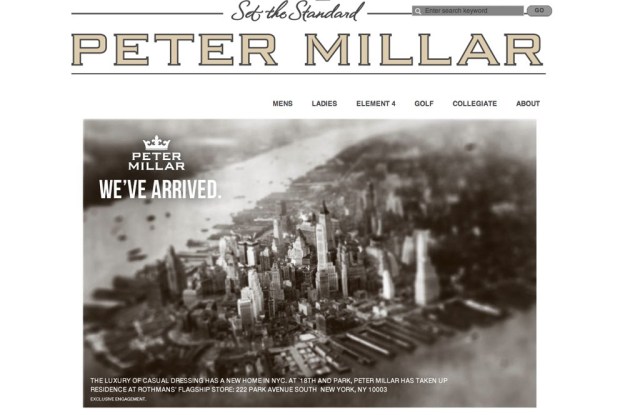 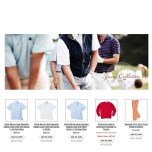 As money sloshes through the private-equity world and strategic players seek to exercise their cash-rich balance sheets, strong brands are commanding higher and higher multiples — holding out for the magic figure that will cause them to sell.

The latest proof of the phenomenon is Compagnie Financière Richemont SA’s deal to acquire the golf-inspired brand Peter Millar, which went for at least 11 to 12 times that company’s annual earnings before interest, taxes, depreciation and amortization, according to sources.

That’s a combined payday of $110 million to $120 million for Winona Capital and Chris Knott and Scott Mahoney, the pair that founded the company in 2001, sources said. The company’s annual revenues have grown to about $70 million as the brand expanded its reach beyond golf and into men’s and women’s lifestyle offerings.

“There was some very stiff competition,” said Joseph Pellegrini, who, along with Andy Martin, ran the sale process. Both are managing directors at Robert W. Baird & Co.

“There were other bidders for this asset that submitted bids that were very reasonably close,” said Pellegrini, who declined to give the specifics of the deal. “It wasn’t like it was a one-off. There’s a lot of money in the market, whether it be private equity or strategics who are building up a war chest of cash.”

The selling price of one company does not directly correlate to that of another given the variables of branding, leadership, distribution and so on. But the deal and its high valuation offers a point of reference for the luxe world that other sellers can use as they try to negotiate a more lucrative deal.

“We’re back in a really healthy investment phase again,” said Kim Vernon, president and chief executive officer of consultancy Vernon Co., who advised one of the other bidders for Peter Millar.

“More than ever, really great brands have an opportunity to take money off the table,” Vernon said. “The market is absolutely interested still in great opportunities. There are big companies that are looking for acquisitions and can’t find the right opportunity.”

Investors have grown more confident this year and are buying bigger companies. So far in 2012 there have been 147 deals signed in the global apparel and footwear retail sector, carrying a total value of $7.66 billion, according to Dealogic. Even though the number of deals has fallen slightly, the total value of the deals has risen 74.1 percent.

Peter Millar is very big with the golf crowd, which was well represented in the bidding process. Richemont’s executive chairman, Johann Rupert, is non-executive president of the South African Golf Development Board and monitored the deal’s progress closely.

The brand was described as almost a Tory Burch for the men’s market as it is situated at the lower end of the luxe price scale with styling that isn’t too fashion-forward.

The comparison with Tory Burch might also be apt when it comes to valuation, although Burch is much larger and a very different business.

The price tag on Tory Burch seems to keep rising, and some place the value of the company at as much as $2.5 billion. Barclays Capital was hired last year to find buyers for the portion of the company owned by Burch’s former husband, Christopher Burch.

On another scale, Michael Kors Holding Ltd. — the golden child of monetizing luxury — is trading on the open markets at almost 28 times EBITDA. Kors’ shares bucked the downward trend in the market Friday and jumped 9.3 percent to $57.35 after the company boosted its second-quarter profit guidance.

There are lots of struggling brands out there that are desperate for investment or to find buyers. What is driving the current valuations is that investors are looking for business that have proved they can develop a following and still have room to expand into their own retail stores, new markets or product categories.

“Companies that are just wholesale companies can be sold for high multiples because of what people believe they can do with them, because they can dimensionalize them through physical retail and e-commerce,” said John Howard, ceo of Irving Place Capital, which has an investment in J Brand through Star Avenue Capital.

Howard declined to comment on J Brand, which is a wholesale business. That brand has expanded beyond its jeans roots and is building a sportswear business. It is on the block at what observers see as a rich valuation and is still attracting interest.

For the ever-cautious Rupert and Richemont, the Peter Millar deal is its first acquisition of a U.S. brand and one of its few pure fashion companies. Richemont also owns Cartier, Montblanc, Dunhill, Chloé, Net-a-porter and a slew of high-end watch brands.

The Peter Millar deal is expected to close next month and Richemont said the acquisition would not materially impact its operating results this fiscal year.

Mahoney, who serves as the brand’s ceo, told WWD Friday: “Our management team has agreed to long-term contracts and we plan to continue to operate the brand as we have been.”

With Richemont’s deep pockets, he said the company would accelerate growth in both the U.S. and internationally.

Luke Reese, managing partner of Winona Capital, said what attracted his company to Peter Millar was the “passionate consumer fan base. They were incredibly strong in the top 1,000 golf shops, but they also had a very strong business in men’s specialty retail stores. And we felt we could help them grow their share of closet.”

Since Winona’s 2009 investment, Peter Millar’s distribution has not expanded significantly beyond the green-grass shops and 400 men’s independent stores, but the label was added to Neiman Marcus and Nordstrom.