In fiscal 2018-19 Cartier's parent Richemont reported a 27 percent uptick in sales and a 128 percent rise in profit, due chiefly to a one-off accounting gain.

The interior of the Cartier store at Hudson Yards in New York City.

LONDON — Following a quick-fire series of deals in the digital space last year, Richemont has been getting down to work making sense of them all and suffering short-term pain for what it believes will be a golden payout in years to come.

In fiscal 2018-19, Richemont took full control of Yoox Net-a-porter Group; snapped up Watchfinder, an online retailer of secondhand watches, and unveiled a joint venture with Alibaba aimed at promoting the Net-a-porter and Mr Porter sites among domestic and traveling Chinese alike.

While YNAP and Watchfinder may have notched double-digit growth and generated sales of 2.11 billion euros in less than a year. (The companies were consolidated in May and June 2018, respectively.) They also recorded a 264 million euro operating loss, which included 165 million euros in amortization of intangible assets.

Richemont principals argued Friday that the moves were worth it, and the aim is for all of the group’s businesses to benefit from the digital wizardry of both companies. 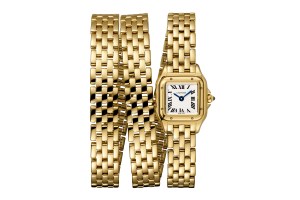 “The impacts of the online businesses have been quite material, and they require tech investment,” said Burkhart Grund, Richemont’s chief financial officer, adding that the company knew exactly what it was taking on in buying those retailers.

Grund added that while their combined EBITDA was positive, their drag on company margins would extend into the medium-term, as Richemont’s maisons migrate to the YNAP platform, and the tech investments ramp up. YNAP will eventually manage the online businesses of the Richemont brands, as it currently does for Chloé and Azzedine Alaïa.

On Friday in a series of conference calls, Grund and other company principals touted the benefits of the YNAP and Watchfinder investments as Richemont reported a 27 percent uptick in fiscal 2018-19 sales to 13.99 billion euros and a 128 percent rise in profit to 2.79 billion euros, due chiefly to a one-off accounting gain linked to the YNAP purchase last year.

Chairman Johann Rupert wrote in the results update that Richemont has defined a “multiyear integration roadmap” with a view to developing “robust omnichannel capabilities” for all of the Richemont maisons, which range from jewelers Cartier and Van Cleef & Arpels, to specialist watchmakers IWC and Jaeger-LeCoultre, to Chloé and Dunhill.

The group’s chief executive officer, Jérôme Lambert, said the plan was for YNAP to promote “intensive omnichannel activity” among the Richemont brands. During the calls the company was quick to point out that its high-end watches have been a hit on Mr Porter and Net, alike. Recently, the former sold a 200,000-euro timepiece and the latter shipped one costing 165,000 euros.

Pressed on the progress of the Alibaba JV, which was announced last October, Lambert said the new company should be up and running by the end of the current fiscal year.

As reported, the JV will focus on serving consumers in China and those traveling abroad. YNAP and Alibaba plan to create two mobile apps for Net and Mr Porter, with Alibaba providing technology infrastructure, marketing, payments, logistics and other technology support to the new partnership. 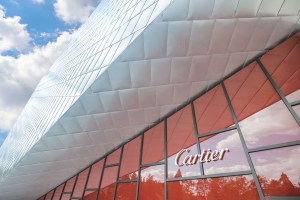 “It’s ambitious, we’ve been doing intensive work with Alibaba and it’s been progressing very well. We’re moving according to plan and have been recruiting the team,” Lambert said. “It has been a remarkable operational challenge. We’re very much advanced with onboarding the maisons — which are committed to joining the project — and with organizing inventories and distribution.”

Stripping out the impact of the new online businesses, Richemont said sales in the period grew 8 percent at both constant and reported exchange.

Operating profit rose by 5 percent to 1.94 billion euros. Excluding the impact of the online retailers and two other extraordinary charges, the company said operating profit for the year increased by 13 percent.

Operating margin amounted to 13.9 percent compared to 16.7 percent a year ago. Excluding YNAP and Watchfinder, and the two extraordinary net charges, operating margin improved to 19.5 percent, the company added.

All geographic regions notched double-digit increases in the year with the exception of the Middle East and Africa, which was up 8 percent at constant rates and 9 percent at actual ones. Asia-Pacific and the Americas posted double-digit increases driven by mainland China, Hong Kong, South Korea and the U.S., where demand is robust and confidence is high, Richemont said.

Grund called the retail performance “very strong” especially in the second half, while the upgrade of the wholesale network is bearing fruit.

Lambert confirmed that the watch buyback program was no longer taking place, and said that during the last 12 months, Richemont has been focusing on improving the quality of its watch distribution network. He said the new “distribution ecosystem” was working with Richemont seeing sell-outs of 95 to 98 percent, within 30 to 45 days of the merchandise being available.

Sales at the jewelry brands rose 10 percent in the 12 months, to 7.08 billion euros, bolstered by branded watches and jewelry and the success of the well-established Love and Juste un Clou collections at Cartier, and the Alhambra and Perlée collections at Van Cleef & Arpels.

Watch sales at Cartier and Van Cleef benefited from the successful launch of the rejuvenated Santos de Cartier and from the Cartier Panthère and Van Cleef & Arpels’ Poetic Complications watch collections. Sales of those watches in the Americas and Asia-Pacific were strong, the company said.

Asked about the mood among Chinese customers right now, and the impact of the escalating trade war between China and the U.S., Cartier’s ceo Cyrille Vigneron said the market has been “steady,” with mainland China growing. In fiscal 2018-19 the market grew 16 percent, with domestic shoppers clocking double the growth rate of the traveling Chinese, he added.

He attributed the growth to the Chinese government’s attempts to stimulate luxury goods purchasing via measures such as a decrease in VAT. He warned that the sanguine mood among consumers could diminish due to the downward trend of the renminbi and trade tensions.

Sales in the specialist watchmaking division were up 10 percent to 2.98 billion euros, with nearly all the brands seeing higher sales. Regionally, performance was varied, with Asia-Pacific, Japan and the Americas showing the strongest momentum, and Vacheron Constantin, Jaeger-LeCoultre and IWC among the strongest performers.

Excluding the impact of Lancel and Shanghai Tang, which were sold over the past two years, fashion and accessories’ sales rose by 5 percent, with growth across all of the labels and with Montblanc and Peter Millar performing particularly well.

Lambert said a “heavy phase of restructuring at Dunhill” was now complete, with the brand showing like-for-like growth over the past 12 months and with a strong management team in place. He added that Natacha Ramsay-Levi was adding “new depth” to the Chloé concept, and said the brand was looking forward to its big runway show on June 5 in Shanghai.