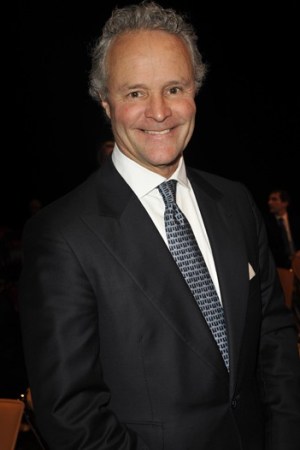 Robert Polet, who joined Gucci Group in 2004 as president and chief executive officer from Unilever’s ice cream and frozen foods division, is winding down his tenure at the world’s third-largest luxury conglomerate, effective March 1.

Gucci Group, a banner and entity dating back to the Tom Ford-Domenico De Sole era, will also disappear and hereupon be known as PPR’s luxury business group, reporting directly to PPR chairman and ceo François-Henri Pinault.

The business titan said he would now directly oversee PPR’s four biggest luxury properties: Gucci, Bottega Veneta, Yves Saint Laurent and Balenciaga. Until now, the latter firm had been lumped in with “other brands.”

Pinault also revealed the promotion of Alexis Babeau, previously chief operating officer at Gucci Group and described as Polet’s “right hand,” to deputy ceo of the luxury business group. He will have purview over Stella McCartney, Alexander McQueen, Boucheron and Sergio Rossi businesses along with certain “transversal activities,” such as tanneries and logistics.

Confident the economic recovery will continue to gain steam, Pinault was bullish on luxury and said PPR would focus resources on its high-potential businesses.

He noted that for the Gucci brand, which wobbled early last year in the U.S. due to ill-chosen assortments, the first weeks of 2011 have been “stellar. U.S. growth is back on track.”

“All of this leads me to be fairly optimistic for significant growth in luxury in 2011,” he said at a press conference here. “Looking at the first few weeks of the year, this has been confirmed in my view.”

In the three-month period, sales increased 39.9 percent at Bottega Veneta; 23.3 percent at Gucci, and 24 percent at Yves Saint Laurent, which swung back to profitability in 2010, registering operating income of 11.6 million euros, or $15.4 million.

By comparison, Redcats reported a 2.2 percent revenue gain in the quarter, while Fnac inched up 0.1 percent.

After the press conference, journalists and analysts rushed to bid adieu to Polet, a popular industry figure even though his visibility and stature had diminished recently in tandem with a gradual dismantling of Gucci Group. It last year shuttered its corporate image division, vacated palatial offices on London’s Grafton Street and shunted remaining operations — including Polet’s office — to its supply-chain hub in Cadempino, Switzerland.

Shared services — such as human resources, communications and intellectual property — will now be headquartered at PPR and be at the disposal of all brands.

In a statement, Pinault thanked Polet for his “commitment and dedication in leading Gucci Group to where it is now.”

At a luncheon with journalists, Pinault noted the reorganization was not a cost-cutting measure. Rather, he wished to take a more hands-on approach with PPR’s luxury pole as the retail-heavy conglomerate his father constructed is transformed into a constellation of global fashion and accessories brands. “That changes [Robert’s] degree of autonomy,” he explained.

Pinault and Babeau will oversee luxury businesses, while Puma ceo Jochen Zeitz heads the nascent sport and lifestyle division, of which Puma is the core property.

Commenting on Polet’s exit in a research note, HSBC analyst Antoine Belge said, “We do not expect this change to have a significant impact on how PPR’s luxury business is run.”

Polet told WWD he would attend fashion weeks in Milan and Paris, but that he has yet to define his next career move. “Change is part of business. These last seven years have been the most rewarding and exciting of my professional life,” he said, hastening to add with a raised finger, “so far.

“What I do know is that I will continue to be active where brands, creativity, innovation and people intersect,” he added.

While new to the worlds of fashion and luxury, Polet, a Dutchman with a gleaming smile, brought a fist-pumping enthusiasm to the role, coaching such brands as Gucci, Bottega Veneta and Stella McCartney to improved performances. Decentralizing management —distinct from Tom and Dom’s top-down approach — was a key strategy Polet championed to empower each brand’s ceo and creative director, and one Pinault vowed would continue.

Laying out his strategic plan in 2004, Polet revealed plans to double the size of Gucci and Bottega, fix troubled Boucheron and Sergio Rossi and build the company’s emerging designer names — McQueen, McCartney and Balenciaga — to profitability by 2007.

“What differentiates the really successful companies from the average successful companies is that you actually implement — with discipline and consistency — what you set out to do,” he told WWD in 2007. “Having that clarity, and having the teams focused in a very committed way, having them feel real ownership for that strategy by brand, and their own future…is one of the key things we did.”

On Thursday, Polet described the parting as amicable and said he was proud that he met a key target he set upon arrival: doubling the size of Gucci Group in seven years, with profits growing even faster. (Over the period, operating profits tripled on a comparable basis.)

Peppered with questions at the press conference and luncheon about PPR’s intentions vis-à-vis acquisitions, Pinault assured that he would not pay “unreasonable” prices, and that PPR need not buy additional brands to continue growing revenues and profits at a significant rate, as its 2010 numbers illustrated. “There is tremendous potential for organic growth,” he stressed.

He said PPR is studying many different companies, especially sport and lifestyle brands that would offer strong “industrial synergies,” such as sourcing and production, with Puma. He declined to identify them.

“In the long run, our group will have a very good balance of activities with high margins,” he said. “We will be in buoyant consumer segments.”

He also asserted that PPR could surprise the market with the prices it may fetch for Redcats and Fnac. In December, PPR reached a deal to sell its Conforama furniture chain to South Africa’s Steinhoff International Holding Ltd. for 1.2 billion euros, or $1.58 billion.

Hurt by a decline in sales of its high jewelry, Boucheron posted negative results in 2010. Revenues in the “other brands” category gained 13.2 percent last year to 564 million euros, or $748.9 million.

Revenues at the cash-cow Gucci brand accelerated in the second half, including an upturn in Japan, and continued momentum in Greater China, with sales in its 50 directly owned stores rising 31 percent in the fourth quarter. Full-year revenues at Gucci advanced 17.6 percent to 2.67 billion euros, or $3.54 billion.

Asia-Pacific is also the biggest market for Bottega, whose Brick and Hobo bags lifted the leather goods category. Its sales in Great China vaulted 59 percent in the quarter.