Ennio Fontana is banking on revamping the brand with the help of newly appointed creative consultant Fausto Puglisi.

MILAN — Roberto Cavalli’s new general manager Ennio Fontana admits he has a good vantage point as he forges a new path for the brand.

“Two years ago, we studied the Cavalli dossier and we were quite close to buying it,” said Fontana, referring to his past experience as general manager of Philipp Plein, a company he exited last summer. Plein was keen to buy a stake in Cavalli from the previous owner, Italian private equity fund Clessidra SGR, but the brand was eventually acquired last year by the founder and chairman of the Dubai-based Damac Properties, Hussain Sajwani, through his private investment company Vision Investments.

In his first interview with WWD since his appointment at the Italian brand, Fontana brings a spirited and dynamic approach to the task at hand, revamping Cavalli, which has seen its share of turmoil over the past few years.

Fontana laid out his plans that rely on clear pillars: Building on Cavalli’s traditional business of ready-to-wear with more women’s clothes for day; developing a men’s wear business; bringing in-house the brand’s online store; boosting its wholesale business without neglecting potential retail opportunities given the global economic scenario dented by the coronavirus pandemic, and leveraging the appeal of the Cavalli cafés and restaurants in key resort cities.

Fausto Puglisi, as reported, was tapped last month as creative consultant of Cavalli to carry out these projects, and Fontana said he found the Italian designer entirely aligned with the company’s strategy and direction, with a design sensibility very close to that of the label’s. Indeed, Puglisi was rumored to be joining the company back in 2017, before Paul Surridge was appointed to the creative helm. Surridge left in 2019 and the collections have since been designed by an in-house team.

Puglisi’s first collection for the brand will bow in January. In light of the ongoing restrictions and impact of the COVID-19 pandemic, Fontana expressed doubts about the possibility of holding an IRL show or presentation before July 2021. “It’s a pity, it would be important to make physical contact with retailers and the press,” he said.

Speaking of Puglisi, Fontana said “he is close to Cavalli’s historical DNA, the animalier prints, the parties, the jet-set world, and his appeal is very strong in the U.S.,” long a core market for the brand. In fact, Cavalli’s online business continues to be healthy in the U.S., he added.

Puglisi could bring visibility back to the company with his ties to Hollywood and music celebrities, developed through his namesake label launched in 2010. Over the years supporters of his namesake line have included Madonna, Nicki Minaj, Jennifer Lopez, Zendaya, Taylor Swift, Rita Ora, M.I.A., Kerry Washington, Priyanka Chopra, Hailee Steinfeld and Lucy Hale, among others. 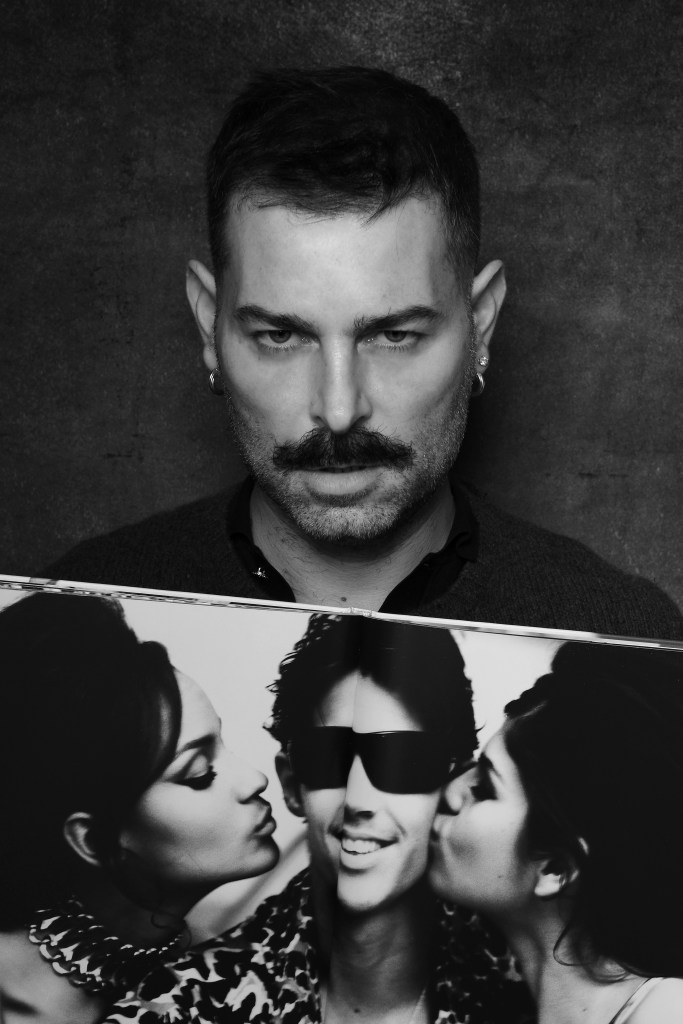 Asked if he believes Cavalli’s original aesthetics will continue to resonate in today’s scenario, Fontana said he is aiming to recapture that kind of customer. Actually, he said the company has a very strong business with top clients and made-to-order designs and jewels for special occasions. However, in addition to the brand’s forte — eveningwear — the offering should include more day clothes. “There is so much smart working today, we have to take that into consideration. Can you imagine we did not have any sneakers in our lineups?” he wondered. Footwear, in fact, is one area of development, and the company has just taken over its shoes license for additional control over the category.

The company has long relied on a web of suppliers and this will not change, Fontana said. The Osmannoro complex outside Florence will close in the first half of next year. The future of the site was at the center of lengthy negotiations with the unions, as the new owner decided to move the entire company to Milan, which led to more than 100 out of 170 employees losing their jobs.

Fontana is casting a careful eye on the group’s licenses. In the past, he said, there were too many licenses that became too commercial and dented the prestige of the signature brand. While the Class line has been shuttered, the existing license with OTB for Just Cavalli expires in 2026 and Fontana sees potential in that brand, raising its positioning to the entry price.

Handbags are also important, he admitted. “However, I am aware that our brand has traditionally rested on ready-to-wear, and bags are accessories to that core category,” he said.

While he declined to provide current sales figures for the company, in the wake of its financial troubles, composition with creditors and the impact of the pandemic, he did offer a target. “I would be disappointed if we don’t reach 170 million euros in five years,” he said.

Fontana said he felt backed by the new owner, whom he praised for being “entirely engaged and in control of the business and the daily operations.” Financial details and the amount of the debt paid by Damac were never disclosed, although sources pegged the transaction at around 160 million euros.

Developing more comprehensive and balanced collections will allow the company to build its retail network, which today has slimmed down to 20 units, while also fleshing up its wholesale channel to reach 200 or 300 clients in the next two or three years.

Fontana believes that this could also be a moment to take advantage of real estate opportunities in cities and locations that may not be top of mind, citing Naples as an example, whose “spending power is underestimated. In our Philipp Plein store in Rome, a big portion of our sales were made to Neapolitans traveling to that city,” he offered. He mentioned other cities, from Amsterdam, Madrid and Marbella to Dusseldorf and Monte Carlo, to name a few, as interesting for the brand.

Milan’s Via Montenapoleone unit remains and the company is planning a new concept for the store that would encompass all the brand’s categories, including furniture and the home line, and the opening of a Cavalli Café. “I see it almost as a department store,” Fontana said of the venue.

The brand’s cafés and restaurants are performing very well, for example in Sardinia’s Costa Smeralda or St. Tropez, touted Fontana, or the Just Cavalli Club in Milan.

Damac was especially interested in Cavalli because its strategic investment arm Dico International is working on a five-star hotel tower in Dubai called Aykon that is expected to comprise 220 rooms and to be decorated by the brand’s home division.

In terms of market opportunities, in addition to the U.S., Russia and Central Europe, Fontana is also eyeing Asia, but he understands the need to build a strong men’s business before approaching that region. “We don’t have it yet, although I know there is a very strong brand awareness among men and I am banking on this.”

With Fontana’s arrival, chief executive officer Gian Giacomo Ferraris, who was expected to leave the company at the end of the year, has exited.