The tropical isle boasts natural beauty and as of June 1, a duty-free allowance that has more than tripled to 100,000 rmb.

Sanya has figured perennially over the last few decades as one of China’s top holiday destinations, but this summer the beachy area on the island of Hainan is expected to pull in an especially young, moneyed crowd — and brands and retailers are taking note.

Over the May 1 Labor holiday, China Duty Free locations in Hainan island including the world’s largest single-building duty-free location in Sanya pulled in 300 million renminbi, or $42 million, from 70,000 visitors. While that was an encouraging sign already of a bounce back, on June 1, the central government announced its new plan to further develop the Hainan economy. Among the extensive measures is to more than triple the per person duty-free shopping allowance from 30,000 renminbi to 100,000 renminbi.

Domestic spending in mainland China overall is benefiting from the lack of accessibility of Hong Kong and Macau and other overseas shopping destinations from COVID-19, but those factors are heightened in Sanya, which offers the largest array of duty-free shopping in the country as well as white sand beaches, clear water and the country’s cleanest air — which all appeal to a health-conscious, socially distancing traveler.

Joann Cheng, chairwoman of Fosun Fashion Group, told WWD that pre-COVID-19, she had planned to travel to Sicily for a summer vacation but now was considering Sanya as a domestic alternative. She added that The Atlantis resort, operated by parent company Fosun International, had seen bookings rise to 100 percent occupancy already during May. 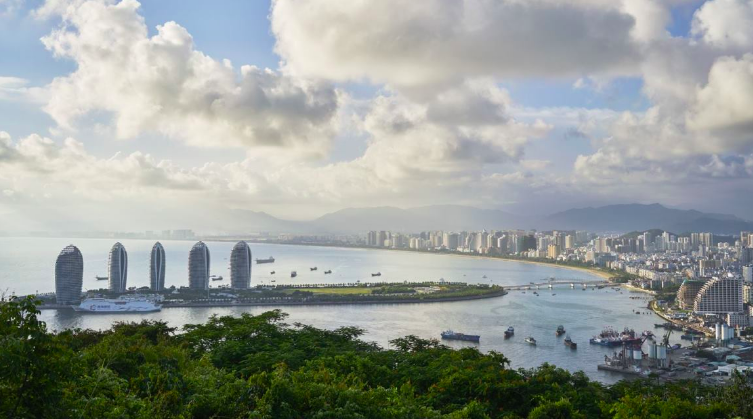 Sanya is located on the same latitude as Hawaii and enjoys warm temperatures year-round.  Courtesy Photo

“Sanya definitely will be very hot,” said Edward Yuan, the general manager of The Edition hotel there, a massive 200,000-square-meter resort that boasts its own “private ocean.”

“We anticipate August will be packed,” he continued. “I don’t see any overseas countries opening the border, and even if you open the border a lot of customers are not comfortable traveling. For Sanya, there’s a 1.4 billion population in China and it’s the only tropical beach destination in the country. Xiamen [beaches in Fujian province] is nice, too, but it’s not tropical.”

Other hotel operators like the 1 Hotels, which has just soft opened in Sanya, confirmed business has been busy.

“After the long time in lockdown, people are looking to go outdoors and to connect with friends,” said Julie Wang, director of marketing at the 1 Hotel in Sanya. “Also because of the travel policy in Beijing just lifted right before the May holiday we could see the rise in terms of domestic travelers, especially from Beijing.”

Other destinations around the country likely to witness a big jump in visitation include Chongming Island just outside of Shanghai, and the countryside around Zhejiang, Sichuan and Yunnan provinces. But while those provide the beautiful natural landscapes that appeal to a post-COVID-19 public, none provide the same access to shopping for which Sanya does double duty.

Although Sanya is expected to outperform, overall appetite for travel is forecast to be conservative in China throughout the summer. A May 14 McKinsey study that surveyed 1,600 travelers in eight Chinese cities found that only 13 percent of travelers planned to take a trip in the next three months, while 56 percent would take their first trip post COVID-19 in September or October.

Willingness to travel lagged behind general optimism about the Chinese economy, which was at 36 percent. Peak recovery is not expected to occur until October’s weeklong National Day holiday, after the Dragonboat Festival, which falls on June 25. 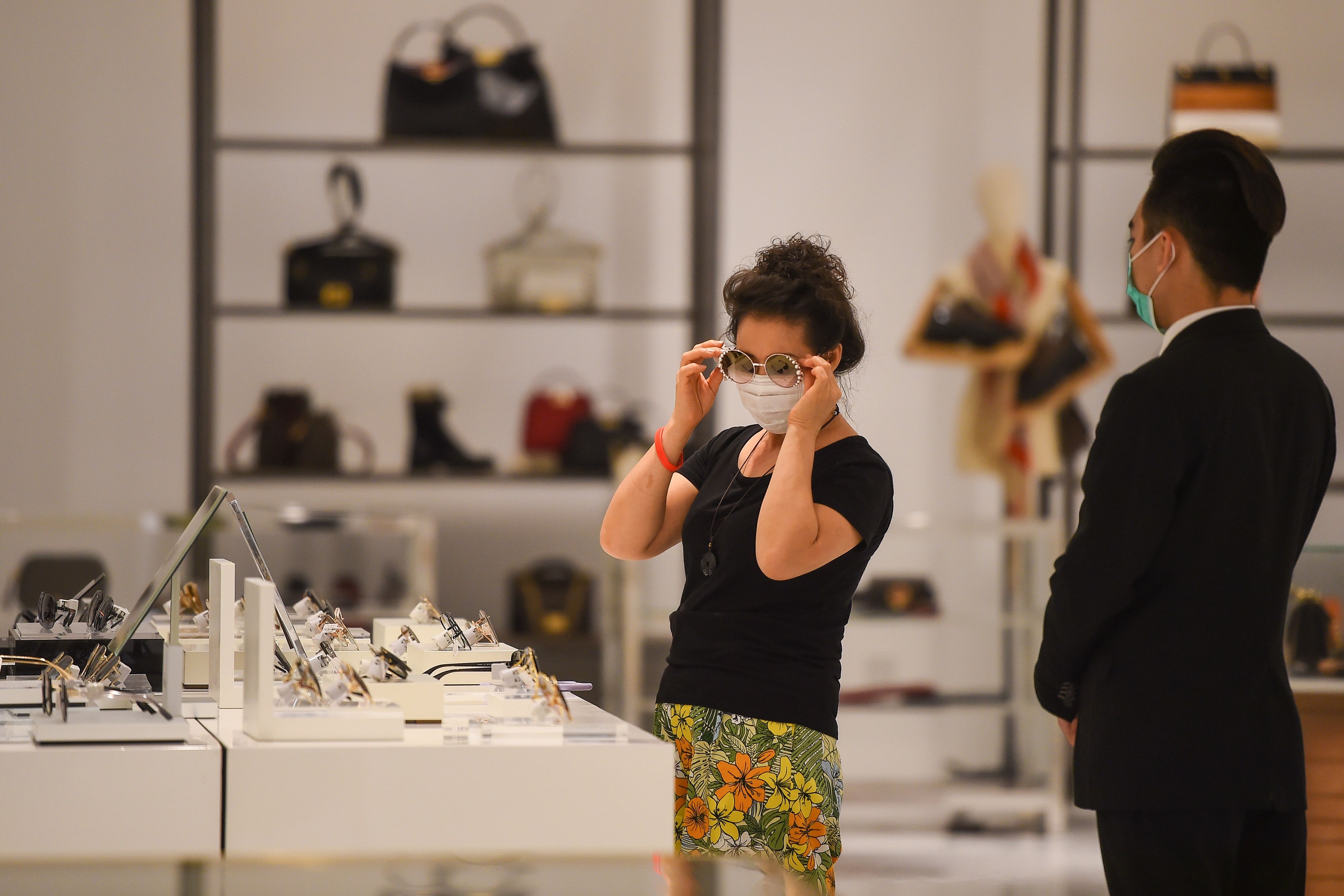 A customer tries on a pair of sunglasses at a Sanya duty-free shop.  CHINE NOUVELLE/SIPA/Shutterstock

The Edition’s Yuan also noticed that the hotel’s guest profile had shifted from a mid to late thirties crowd to an average of 27 years old.

That squared with McKinsey’s findings that the ones traveling now are generally young, single, middle-class and experienced travelers, with the cities of Shanghai and Chengdu heavily represented.

“Travel retailers should adjust strategy in light of the abrupt shift to about 70 percent of respondents planning to travel without their family,” McKinsey advised. “Historically, this travel group size spends a larger proportion of the total trip budget on retail, even if the purpose of the trip is not shopping. This represents an opportunity for retail brands to re-engage with customers.”

Longer term, the island of Hainan is one to watch. The province is China’s largest special economic zone and since its creation as a province in the Eighties after splitting off from Guangzhou, it has enjoyed a raft of special economic privileges. The government measures announced this week–which caps personal income and corporate tax at 15 percent, provides funding to help it develop into a medical and tourism hub and other benefits–are additional tailwinds. The effort will be led by Shen Xiaoming, formerly a rising official in Shanghai who was appointed governor of the island In July 2018 to double down on its transformation into not just a domestic tourist destination, but an international one.