A Tale of Two Cities: Some London Retailers Shut, Others Defy the Virus

Retailers including Harrods, Selfridges and SpaceNK are keeping their doors open despite dwindling footfall, while others have shuttered temporarily.

By Samantha Conti and Natalie Theodosi and Fiona Ma on March 17, 2020
View Slideshow 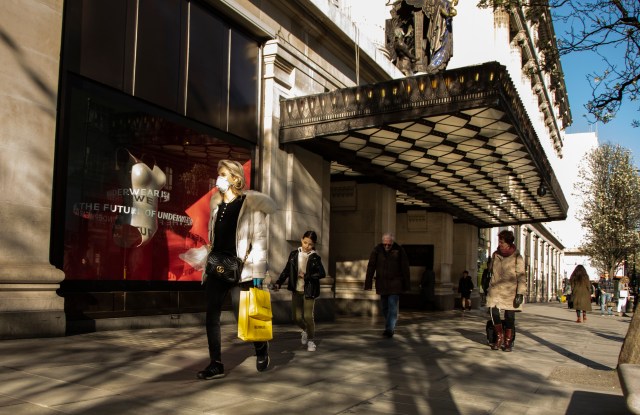 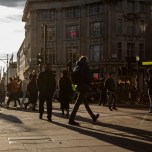 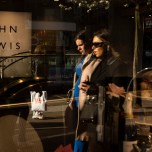 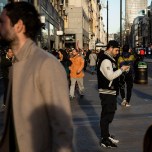 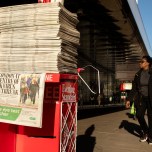 LONDON — This is a city of lonely salespeople.

They gather on shop floors with few customers to serve and hardly anything to do, checking their phones, adjusting the pouf sleeves or pussy bows on mannequins, making small talk and offering help to the hardy consumers left walking the shop floors.

At the luxury stores in Knightsbridge and Mayfair, shop assistants offer sanitizer gels and eager smiles while at the beauty counters, they’re ready to spritz fragrance or hand out samples — but always from a distance.

And while there isn’t much doing on the shop floor right now, many of the big London retailers — and some smaller ones, too — remain open for business, but for how long remains unclear.

Earlier this week, the British government asked everyone — not just those over 70 years old — to stay at home if they are feeling unwell, and to steer clear of pubs, clubs, theaters and social spaces. Airports are deserted, too, as travel to and from the U.K. is now heavily restricted.

Harrods, Selfridges, and Fenwick of Bond Street are still open, although operating with slightly reduced hours while at Liberty and Harvey Nichols, it’s business as usual, for now. While Matchesfashion has decided to shut its London stores, the bricks-and-clicks retailer is still offering private appointments at its 5 Carlos Place townhouse in Mayfair.

Next door on Carlos Place, jeweler Jessica McCormack remains open, too, although the company is reassessing the landscape on a daily basis, according to Colleen Caslin, the chief executive officer.

“Despite everything going on around us, we are doing our best to continue to deliver” experiences and to connect with our customers, said Meave Wall, stores director at Selfridges, which is keeping its London, Birmingham, and Manchester units open in what she described as “uncertain, unprecedented times.”

Harrods said it was shortening its hours for the first time in its history, although it is committed to remaining open. The store cited its responsibilities to a workforce of nearly 5,000, and said it has an in-house team of doctors and nurses available to those employees.

It also believes it has a responsibility to continue trading.

“Harrods is a local business that has been at the heart of Knightsbridge for over 170 years. We will continue to serve our community of local and more global customers for as long as we can. Whether you need to visit the Harrods Pharmacy, come to our Food Hall for groceries, or simply follow our social media channels for moments of escapism — we want to continue to be there for our customers at this time of uncertainty,” the store said.

Harrods added that it plans to shut around half of its restaurants temporarily, and will redeploy employees across other parts of the business. Those who cannot make the change will be given paid leave. “As this is a fast-moving situation, we will continue to revisit these policies as the situation progresses,” Harrods said.

Among the restaurants that will remain open are the Tiffany Blue Box Café, all of the restaurants in the store’s newly refurbished dining hall, Ladurée and the pizzeria.

Perfumer Linda Jayne Pilkington, the founder and owner of Ormonde Jayne, said she plans to offer complimentary 8 ml spray bottles of sanitizing hand gel to all customers online and in-store with any purchase from March 19.

Pilkington said that because she manufactures her own perfume, she has a denatured alcohol license and can easily make the gels. Her formula contains 80 percent denatured alcohol, 20 percent antiseptic aloe vera gel and tea tree oil.

Beauty retailer SpaceNK hasn’t shut its doors either, and is aiming to create as sterile an environment as possible.

Chief executive officer Andy Lightfoot said the stores in the U.K. and the U.S. are operating a “no-touch” environment. The teams can still teach, coach and share their knowledge and advice, he said, “but they will not be performing makeovers or skin-care treatments in any of our stores to help reduce the risk of infection.”

He said SpaceNK has seen a surge in demand in the online business, while footfall in store remains positive, despite the uncertainty. “We are doing our best to service our customer in the way they wish to shop, and we have no plans to actively drive sales from offline to online at this time. However, we are closely looking at our online logistics to ensure we are prepared for the weeks to come. We are fully aware that the circumstances are ever changing.”

Axel Arigato, the sneaker and street brand that has a shop in Soho, has also remained open. The founder-owners said “high-grade safety measures” are being taken, and they’re following advice from the World Health Organization and local authorities.

“Being a digitally native brand, we feel fortunate that online has been our biggest sales channel since Day One,” said founders Albin Johansson and Max Svärdh. “We’re utilizing this period to reconnect with our customers, to take a moment to assess how we work and to continue to bring joy to our local community during these testing times.”

It’s not only retailers that are attempting to stand up to COVID-19.

The buzzy Mexican restaurant Corazón said that while it has temporarily closed its kiosk at Westfield London, its Poland Street branch in Soho “will go on fighting. Our team, and all those who work in hospitality, need you to come out and eat and drink, if you are healthy of course — at least until the government shuts us all down.”

The restaurant said it plans to throw a Mexican party every night and offer respite and “virtual hugs.”

With footfall dwindling, the virus spreading and the number of deaths rising, these stores — and restaurants like Corazón — are truly pushing their limits. A host of others, ranging from Boden and Sweaty Betty to Browns and Delvaux, have shuttered temporarily. Corbin & King, which owns a host of restaurants across London including Brasserie Zédel, Fischer’s and Colbert, has shut everything down, but said they will continue to pay staff for the foreseeable future.

Retailers — especially the luxury outlets on Old and New Bond Streets and on Regent Street — will likely shut their doors soon as only a few people are out shopping.

The West End, which includes Mayfair, Soho and the streets around Oxford and Piccadilly Circuses, has seen a 50 percent fall in footfall, according to the latest figures. New West End Company, which represents businesses in the area, has called on the British government to provide reassurance to the retail and leisure sectors.

And the government listened.

Jace Tyrrell, ceo of New West End Company, which represents 600 retailers and businesses across the neighborhood, said the 50 percent figure is growing daily, with businesses set to lose more than 1 billion pounds and tens of thousands of jobs are at risk.

“It is time for our government to rise up to its responsibilities and protect retail and leisure jobs not only in London, but across the country. We call on the U.K. government to act now with practical measures to address the current economic emergency,” said Tyrrell, demanding an immediate extension of business tax rates relief to all businesses.

On Tuesday, the U.K. Chancellor of the Exchequer Rishi Sunak unveiled a package to help businesses and private individuals. It includes government-backed loans to businesses worth 330 billion pounds; a 12-month business tax holiday for shops, hospitality and leisure businesses; a three-month mortgage holiday for those suffering the effects of the virus; cash grants to businesses, and a safety net for airlines and airports due to travel restrictions.

Sunak called this moment an “economic emergency. We have never, in peacetime, faced an economic fight like this one.”

Anine Bing is among the many smaller retailers that could potentially take advantage of those benefits to businesses. She has closed all of her freestanding stores in the U.S. and Europe, citing the safety and well-being of staff and customers.

“With the closure of our retail stores, we have seen an uptick in traffic to our web site,” said Bing. “Our store associates have direct relationships with our consumers and they will continue to engage with them during the closures, they will be offering to fulfill all store orders through our e-comm inventory.”

She said the brand wants to continue to inspire consumers “and provide them an outlet of calm during this time. We are actively speaking to our audience on Instagram about what kind of content they want to see, we want to ensure our channels are keeping our customers motivated and inspired during this unprecedented time.”

Holli Rogers, ceo of Browns, which is owned by Farfetch, said the retailer has temporarily closed its South Molton Street and Shoreditch units and its headquarters in order to help mitigate the risk of spreading COVID-19.

Brownsfashion.com remains open. Rogers said: “We will continue to support and stand beside our designers, creatives and contributors on a global scale who make our platform our community.”