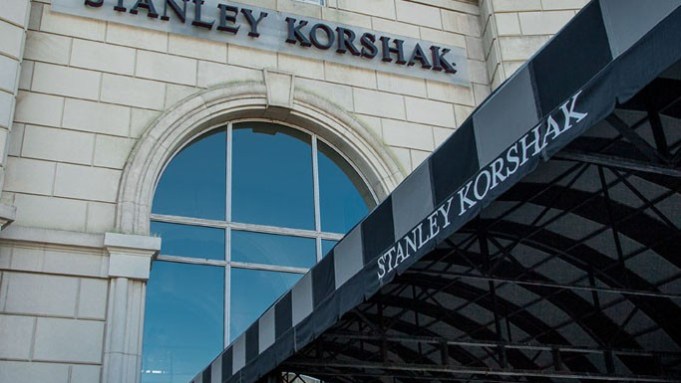 DALLAS — Oil prices have dipped below $50 a barrel, but retailers aren’t panicking in Texas — at least not yet.

High-end merchants said the rich are still rich, even if their net worths and royalty checks have been slashed in half. And economists noted that middle and mass merchants stand to profit from the decrease in gas prices. For every penny decrease for a gallon of gas, $1 billion in savings is injected into the national economy, according to the Automobile Association of America.

“I feel like so far it’s been a bit of a nonissue,” said Brian Bolke, president and cofounder of Forty Five Ten in Dallas. “People who really are invested in that market know that it’s pretty temporary, so I feel they aren’t overreacting to it. There’s a point where it could change.”

Still, while the mood isn’t one of doom and gloom, the decline in oil prices will have an impact. Dallas Fed economists expect job growth in the state will slow to between 2 percent and 2.5 percent this year from 3.6 percent in 2014. That translates to about 140,000 fewer new jobs than were created last year.

That forecast is down 0.5 percent from what the Dallas Fed estimated in mid-December, as oil prices have continued to fall since then.

“We are going to lose a lot of white-collar jobs — engineering, legal, personnel services, accounting, consulting and other professions that support the energy companies,” said Bill Gilmer, director of the Institute for Regional Forecasting at C.T. Bauer College of Business at the University of Houston. “They will all see some significant job cuts. There is no question about that.”

Gilmer expects the Houston MSA will gain about 40,000 jobs this year compared with 100,000-plus in each of the past three years. But the bulk will be blue-collar construction jobs, whereas during the boom years, about half were high-paying positions in oil. The average mining job in Houston paid $185,000 in 2013, according to the Quarterly Census of Employment and Wages.

“The affluent side of town is really [going to] get hit in this downturn in the short term,” Gilmer predicted. “It will be a tougher time in retail just because of the nature of the job growth that we’re going to see.”

He forecast Houston’s retail tax revenues will grow in the low single digits this year compared with 7.1 percent in 2013 and an estimated 6 percent in 2014.

“I see a negative number anywhere in the outlook assuming that oil recovers sometime in the middle of next year, back up to $75, $80 [a barrel],” he added.

Texas’ economy is diversified enough that it won’t plunge into recession as it did in the Eighties, during the last significant oil-price decline, said Bud Weinstein, an economist and associate director of the Maguire Energy Institute at Southern Methodist University.

“It depends how low prices fall and how long they stay down,” he said. “It certainly isn’t good for the Texas economy.”

The benefits of low gasoline prices have to be weighed against high-wage job losses and the drop in royalties and dividends for people invested in oil and gas, he pointed out.

The hardest-hit cities will include the West Texas oil capitals of Midland and Odessa, plus South Texas communities that have benefited from the Eagle Ford Shale, such as Corpus Christi and San Antonio, he predicted.

“Construction labor has gone up so much because we can’t find enough workers,” Geisler said. “With less drilling, those folks will probably migrate back into construction work, and builders told me they are already seeing that happen.”

As for Houston, Gilmer said, “In the short run, there is a lot of built-up momentum in Houston.” Low natural gas prices since 2011 have fueled “the biggest construction boom that the Gulf Coast has ever seen,” he noted. Seven refineries that convert gas to petrochemicals are being built in the region, including five valued at $5 billion.

That growth will enable Houston to avoid recession, Gilmer said.

The outlook for the Dallas-Fort Worth metro area is equally sanguine, given its economic diversity.

The area has seen 106 corporate relocations or expansions since 2010, according to research by CBRE. Within weeks, State Farm Insurance plans to begin moving the first of 8,000 employees into a $1.5 billion mixed-use campus under construction on 186 acres in Richardson. Toyota North America is gradually relocating workers here as it erects a corporate headquarters in Plano that will receive its biggest wave of transplants in 2017.

“We haven’t seen anything showing up yet that would say, ‘Uh oh, head for cover,’ ” said Crawford Brock, owner of Stanley Korshak designer store and Shak men’s and women’s and contemporary boutiques. “Men’s, our usual indicator, was up [comparable] double digits in December.”

Brock is sticking to his plan for a mid-single-digit gain at Korshak and low-double-digit growth in the contemporary stores.

Stephen Summers, co-owner of Highland Park Village shopping center, said December numbers were coming in strong, but people whose incomes are dependent upon drilling or oil and gas are “pretty stressed.”

“It’s probably not great for my clientele, but it remains to be seen,” Summers said. “The luxury realm doesn’t mirror the economy as much as standard retail, the Wal-Marts of the world. In 2009, when the economy was getting crushed, we were down 3 percent. Where there is perceived value, people still purchase.”

Retailers in Houston also said it remains business as usual, even though oil prices began slipping meaningfully in October.

“We’ve had an excellent Christmas season — the largest gains in the store in years, especially in men’s,” said Stephen Skoda, director of women’s at upscale M Penner. “January is sales time, and we are moving it. We’ve heard business overall is good.”

Calli Saitowitz, owner of BB1 Classic in Houston and a 49-year veteran of fashion retailing, said she may adjust her buy to less expensive items, but she doesn’t think her business will be rocked. Specializing in European labels such as Beatrice B, Isabel de Pedro and Luisa Cerano, BB1 just had its best December ever with a 25 percent increase, she noted.

“Too much else is going on [in Houston], and we have a diverse customer,” Saitowitz affirmed. “Obviously, gas prices this low are not good for Houston, and the wealthy will be in a little bit more control of their pocketbooks, but they still have money. Our customer is savvy and educated and is always going to be working on her wardrobe. That’s just the energy she exudes.”

“I don’t think it’s hurt us yet but maybe it will if it continues,” he said. “The few oil people I’ve spoken to say they prepare for this kind of thing because it happens every so often.”

Retail development has been brisk. The biggest project is OliverMcMillan’s River Oaks District, a luxury mixed-use center rising on 15 acres near the Galleria. It’s set to open this fall with 252,000 square feet of retail, including a 10,000-square-foot Hermès, a 9,000-square foot Dior and such designer nameplates as Tom Ford, Kiton, Akris and Giuseppe Zanotti.

“Houston is a diverse, dynamic, sophisticated market, and we continue to be enthusiastic about it as we prepare to open River Oaks District in September of 2015,” commented Jeff Zeigler, senior managing director of retail services at OliverMcMillan. “We’ve taken care to plan for a beautiful, authentic experience…one that will evolve and continue to be relevant for many generations, much as you find in other great cities throughout the world.”

The Galleria, the granddaddy of Houston retail that racks up more than $1.25 billion in sales, is relocating Saks into a 198,000-square-foot flagship by spring 2016 and creating a luxury wing in the former Saks space. Nordstrom added a fourth full-line store in the area last September at The Woodlands Mall.

Angie Freed, general manager of Galleria Dallas, expects cutbacks by people dependent on oil for employment or investment. But she also sees a salutary effect.

“We just had a fabulous December, up 16 percent in traffic,” she said. “I think that is partly due to more discretionary income for the middle class.”