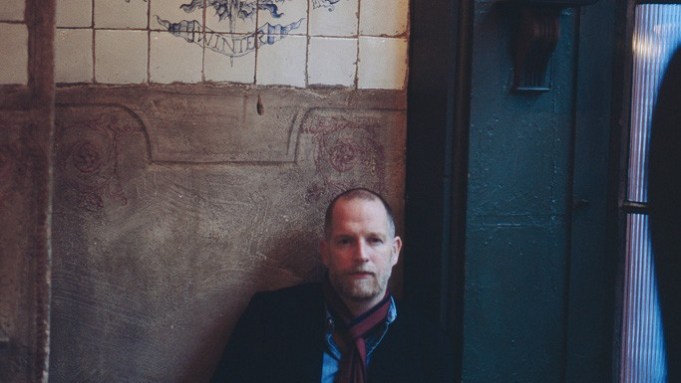 Last week, the U.K. native was elevated from creative director to chief executive officer of Ben Sherman, a brand he has been wearing since he was a young man. “Ben Sherman played a big role in my youth,” he said. “I became addicted to the brand. I really want it to succeed. And I’m really thankful to be in the driver’s seat. It’s a daunting task, but terribly exciting.”

Maidment is facing an uphill battle, however. The venerable label, which is celebrating its 50th anniversary this year, has been plagued by hard times over the past few years.

The London-based men’s sportswear brand traces its beginning to 1963, when its edgy shirts were embraced by the Mods in the U.K. Since then its sensibility has been inspired by British art, music, culture and style. In 2004 the label was purchased for $146 million by Atlanta-based Oxford Industries, which was seeking a complement to its newly added Tommy Bahama business. But after a brief honeymoon phase, the marriage has been a rocky one.

Although the first year under Oxford was “a home run,” according to the company’s ceo at the time, J. Hicks Lanier, the brand has struggled since.

In its 2012 annual report, Oxford said that the “Ben Sherman lifestyle brand currently faces challenges due to our ongoing elevation of the distribution of the brand, the sluggish economic conditions in the United Kingdom and Europe and missteps in the merchandise mix in our own retail stores in the second half of fiscal 2012. We believe that in the long term, Ben Sherman will have opportunities to improve its operating results if the elevation of the brand is successful and the economic conditions in the United Kingdom and Europe improve.”

Maidment can remember when things were different at Ben Sherman. He’s been with the company for more than a decade and was design director when Oxford purchased it. And while it may be unorthodox to hand the reins to a creative executive, Oxford’s current ceo and president, Thomas C. Chubb 3rd, is confident he’s made the right move.

“Mark is a charismatic and charming guy who we think is a great choice to be ceo of Ben Sherman,” he told WWD. “There are three key characteristics that we look for in all our leaders — integrity, intellect and energy — and Mark checks the box on all three. In addition, Mark has been with the brand for 11 years and has a profound understanding of the brand, the target customer and what is needed to move the brand forward. Finally, in the new management structure, he is teamed up with a couple of other gentlemen who complement Mark’s background as a creative and marketing person very nicely. The other two senior leaders are Lindsay Dunsmuir, who has responsibility for all finance and operations, and Peter Lawley, who has responsibility for licensing, sales and merchandising. Mark, Lindsay and Peter have immense respect for each other and work extremely well together. With these three gentlemen in place, we believe we have an excellent leadership team at Ben Sherman.”

Maidment said when he joined the brand, more than 90 percent of Ben Sherman’s business was in shirts. But he believed it could expand into other categories, and during his tenure he has built it into a full lifestyle brand, adding pants, outerwear, suits and accessories. “Until around three or four years ago, it was more overtly British in a clichéd kind of way,” he said, “and while that had worked well in the past, we’ve gone through a whole evolution and modernization program.”

Maidment admitted that in the beginning this may have confused some of Ben Sherman’s core customers, particularly in the U.K., but the company has been working to help them “relearn what to expect” from the brand. In addition to “refreshing” the offering, Ben Sherman has also updated its marketing and store design to reflect the change. “Sometimes that can slow you down,” he said, but results from the company’s five London stores are now improving. “You can feel the momentum building.”

Maidment drew parallels to both Burberry and the Mini Cooper, other venerable British brands. He said Burberry has evolved beyond its trademark trenchcoat, as has the car brand. The Mini Cooper, while still retaining a good reputation, had “lost its relevance,” he said. “It needed to be modernized and reinvented. That’s what we’re doing with Ben Sherman.”

He said the company wants to retain its authoritative position in shirts but “move it forward. We have to make it crystal clear that we’ve modernized. We look very relevant; we’re not a retro brand.”

Immediately upon snagging the ceo post, Maidment created a mission statement for Ben Sherman: to provide “clarity, consistency and stability.”

The brand is carried in more than 40 countries, with wholesale representing 65 percent of sales and retail the remaining 35 percent. The U.K. is still 40 percent of the business, followed by the U.S. with 30 percent and the rest of the world with 30 percent. Australia, in particular, has been a good market for the brand, as are Germany, France and Holland. The brand has a couple of shops-in-shop in Asia but is currently talking to potential partners to bring Ben Sherman to Japan and China. “There’s big potential in those markets for us,” he said. India and Brazil are also seen as ripe for expansion. The company also operates 38 stores globally, 15 of which are company-owned.

A few years ago, the brand branched out into a higher-priced offering called Plectrum by Ben Sherman, which Maidment said has been well-received. “It’s also helped us get into stores we hadn’t been [in] in the past.” Plectrum represents around 20 percent of the business, and prices are about 40 percent higher. In the main collection, for example, most shirts retail for less than $100, while in Plectrum they average $140 to $150 and can go up to $180 for a Made in England offering.

With Plectrum finding its footing, Maidment is now turning his attention to the main collection, focusing on the price structure and “rebalancing” the collection. He said shirt prices have to stay below $100. When prices inched up over that mark, sales fell off. And while shirts now represent 35 percent of sales, that number is down significantly from the 95 percent they were 10 years ago. Instead, other categories have grown in importance, including sweaters, particularly in cold-weather climates; outerwear — “We’ve built a big business off the parka,” he said. — graphic Ts with images mined from the company’s archives, and suits. “‘Mad Men’ was enormous for us,” he said, noting that the Mod-era styling of Ben Sherman’s suits has connected with young customers. “In our Carnaby Street store,” he said, “suits can be 40 percent of our sales.”

He said pant sales have been weak, although he’s hopeful a new denim collection launching for next season will help that category rebound.

“Going lifestyle is very hard,” he admitted, “but I’m in a fortunate position because I know this brand inside and out and I have a passion to see it succeed. We’ve put a lot of things in place to move this brand forward, and there’s no reason it can’t grow.

“We’re celebrating our 50th year this year, and it’s all about building a future for the next 50 years.”